Kieren Fallon maybe in the twilight of his riding career but the legendary jockey showed why he is still one of the best in the business on the big stage as he produced a scintillating late ride on board the shock 40/1 winner, Night Of Thunder, in an epic renewal of the 2000 Guineas, which saw the colours lowered of the highly acclaimed duo of Kingman and Australia.

As James Doyle pushed Kingman to the front on the far side and Joseph O’Brien propelled Australia to the front of his mini-group on the stands side, it appeared that the duel that was wanted by all racing fans was to take place, but there was a phenomenal burst of late pace from Night Of Thunder who nailed the well-fancied pair in the shadow of the post.

Richard Hannon Jr will no doubt live in the shadow of his legendary father in which he acquired his embarrassment of training riches, but he was delirious and very emotional about notching his first Classic success at the first attempt and will now aim to launch into the heavyweight scene and sometimes dominate like his father has for decades.

With 40/1 etched into the starting prices then there was always going to be a reference to the premier challengers underperforming on the big stage, but this was not the case as they had every chance to land the coveted Classic prize, but on the day Night Of Thunder, who lost to Kingman in the Greenham Stakes, was the best colt and is sure to be a regular contender in the top mile races this campaign.

Fallon was somewhat impressed with his turn of foot and whilst he veered across the track late on he still showed the ability to land the prize and Royal Ascot is sure to be cemented in his race schedule, but the challengers in behind could be destined for other avenues with Australia solidifying his place at the top of the ante-post betting for the 2014 Epsom Derby.

Kingman will be an out-and-out miler and he is sure to be seen locking horns with Night Of Thunder again and the St James’s Palace Stakes at the Royal meeting is being earmarked for their third meeting of the season, whilst the other Hannon-trained raider Toormore is another who could be seen next month in what will be a marvellous five days racing.

Aidan O’Brien’s Australia lost nothing in defeat and has always been destined to improve for a step up in distance and a 7/4 shot for the Derby with Paddy Power just shows the quality he could possess when stepping up to 1m 4f, whilst you can’t dismiss Kingston Hill, who was outpaced in the early exchanges, but stayed in the closing furlong and at 16/1 with the aforementioned bookmaker could be a potential better value each-way option for the Epsom Classic.

There may have been a shock winner of the 2000 Guineas, but even with Kingman losing his unbeaten record and Australia failing to hand the Ballydoyle crew another Classic, there’s still an abundance of excitement within the three-year-old division for what should provide some epic clashes as we continue through the campaign. 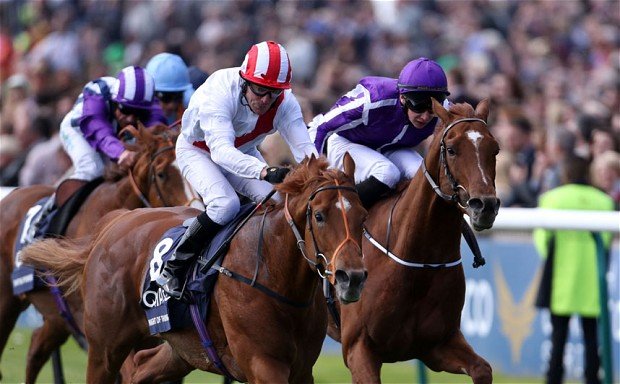