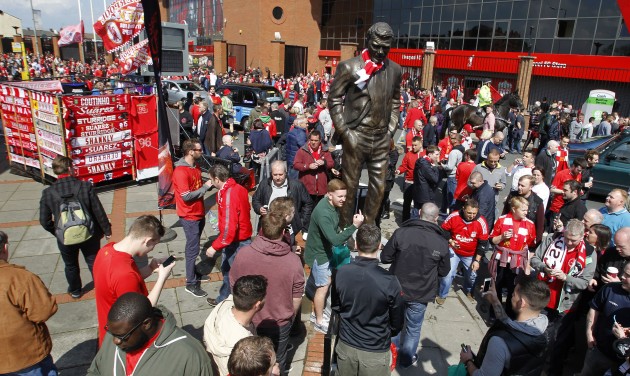 The current Premier League is, for the majority of its teams’ fans, sure to be exciting right until the final game of the season. A tight and intriguing title race coupled with a similarly enthralling race to avoid relegation is sure to have something etched in the memories of supporters of clubs at both ends of the table, good or bad.

An overwhelming majority of fans will focus firmly on the here and now when it comes to their teams, perhaps with an eye on the future too. However, the temptation to look back often lingers, especially when looking for key moments in the club’s history, testing many a fan’s knowledge in the process. An online quiz asked EPL fans: How well do you know your team? with mixed results.

The underlying trend set by the quiz reveals that fans of many of the League’s relegation strugglers tend to know more, with the likes of Crystal Palace, Sunderland, Cardiff City and Hull City all near the top of the table. Palace, for example, saw 82% of their fans score at least 6/10, while 16% pf Hull’s fans who took the test got all 10 questions right.

As for the bigger teams, who tend to have more casual fans than terrace regulars, the knowledge of their teams left a lot to be desired. As proof of that, around 3% of Manchester United fans got all their questions right, while close to two thirds of them failed to get more than five out of 10. Neighbours Manchester City were a little better, although the average score for them is just five.

Their perilous position in the league table proper and their remaining fixtures give Norwich City fans plenty of reason to feel down.

However, they also sit at the bottom of the knowledge standings, with a current average score of 4/10. Less than one third of Canaries supporters got a score of at least six, while 2% of them got a big fat zero.

Near the bottom of the table, Norwich currently have Arsenal for company, while title contenders Chelsea and Liverpool lie somewhere in the middle.

has published a new mt_pp."Olly Johnson"
5 hours ago

has published a new post."The Merry Old Land of Woz"
6 hours ago

has published a new post."Five Takeaways From the Heat-Clippers Game"
6 hours ago
View more activity