Sports and entertainment are the two fields in which formal education is viewed by some as a potential impediment to success. Whether it’s the fourteen-year-old fútbol phenom who already has the skills to play for Manchester United, or the high school singer with a voice that could rival Whitney Houston, the supremely talented among us are often thought to be limited in their real-world experiences.

The prevailing thought is that their skills and earning potential ripped them away from their peers at an early age and thrust them onto the big stage for the world to see. How then, could they be as informed and well rounded as the rest of society?

There is increasing evidence that this line of thought is not just unfair, it’s also inaccurate. This point was articulated perfectly by one of the founding members of legendary rap group N.W.A.:

“Don’t get a movie confused with real life. I’m still a well rounded person like everyone else.”

Spending the early part of his career primarily rapping about being harassed by the LAPD, few would guess that the artist had much in the way of formal education. However, the artist who helped pioneer West Coast Gangster Rap not only attended college, he graduated from the Phoenix Institute of Technology with a degree in Architectural Drafting. It just goes to show, the old adage remains true; you should never judge a book by its cover.

In 1985, John Mellencamp raced to the top of the charts with his smash hit Small Town. The words of the song resonated with everyone, whether they actually lived in a rural area or an urban hub like New York City or London. The idea of coming from a small place to achieve big dreams symbolized the story of the underdog. That’s something everybody can relate to.

La Porte, Indiana is a town of fewer than 22,000 people. It is the quintessential “small town.” If a barn should catch on fire or an elderly woman needs help retrieving her cat from a tree, the services of the local fire department are called upon. On any given day, one of the men on duty could be a 5’7″, 135-pound man by the name of Eddie Wineland.

While Eddie Wineland is short in stature and of a slight build, he is one of the most trusted members of the department, and by all accounts is more than capable of assisting the citizens of La Porte should they find themselves in a jam.

His dedication to his civic duties is commendable indeed. Few, however, would guess Mr Wineland’s side occupation when he is not helping to put out flames; he is a mixed martial arts competitor who once competed for the UFC’s bantamweight crown.

Twenty years ago, the UFC had only recently become a profitable organization. At that point, the company was less than ten years old and just beginning to realize that they would indeed survive their infancy and grow into an adult organization.

It was in this environment that regional mixed martial arts organizations held increased legitimacy and their champions were seen as true masters of the craft. Such was the landscape when Eddie Wineland entered the world of combat sports.

Although he was inexperienced, with little formal training, his hard work quickly paid off. By 2001 he was the World Extreme Cage Fighting bantamweight champion.

In 2006, the UFC purchased the WEC, however, they allowed the company to continue operating autonomously. This was similar to the business model that Vince McMahon of the WWE employed in the early 1980s.

The theory was that by purchasing regional organizations, the larger company would be able to extract the best talent for the “big show” when the time was right. If the smaller organization proved functional enough, they would be absorbed entirely and become one with the marquee brand.

Such was the case for the WEC in 2010. Four years after being purchased by the UFC, Dana White was impressed enough to bring the regional outfit into the larger organization. As a result, Eddie Wineland became a part of the UFC’s roster on that fateful day.

In life, there are varying degrees of success. Oftentimes, the very definition of success varies based upon the talent one has been given. After being discovered at the Ed Sullivan Show at the age of nine years old, expectations for Michael Jackson’s career changed in an instant.

However, one of Michael’s backup singers by the name of Cheryl Crow did not release her debut album until the age of 31. Although she did not reach the heights of “The Gloved One,” she certainly was successful in her own right.

Eddie Wineland has certainly had a successful career when the facts are placed in the proper context. Unlike mixed martial arts megastars like Conor McGregor or Ken Shamrock, Wineland has never been given the opportunity to focus on his craft full-time and put all of his efforts into training. Instead, he has been a member of the La Porte Fire Department his entire career.

In spite of the disadvantage this may give him when compared to richer, more famous fighters, Eddie Wineland managed to compete for the UFC interim bantamweight championship in September of 2013. Although he lost to Renan Barão that night, getting a shot to earn a belt in the UFC is an opportunity most fighters can only dream of.

While there is no such thing as a moral victory, Eddie Wineland beat the odds and made it to the big stage. That alone is a successful act.

Eddie Wineland has stated publicly that he has no plans to retire from the La Porte Fire Department. A 37-year-old married father of two, his family has grown accustomed to their lifestyle. His lone fight in 2021, a fight at the Apex Center in February, resulted in a loss.

All signs point to Wineland’s combat sports career slowing down and eventually coming to an end. However, in the grand scheme of things, he was able to articulate a goal, pursue excellence, and put himself in a position to compete for a championship.

No matter what he chooses to pursue next, all signs point to Eddie Wineland giving it his all and turning his dreams into a reality. That’s all anyone can ask for. 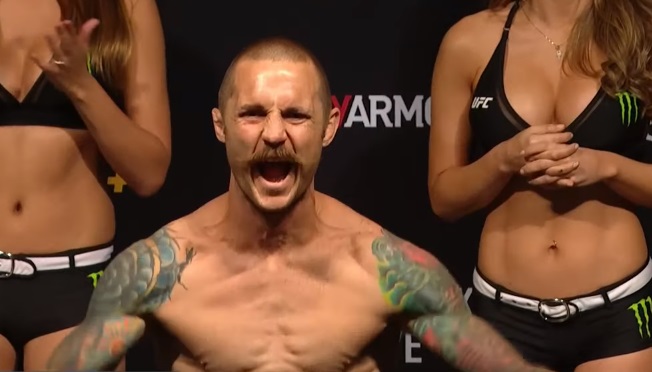