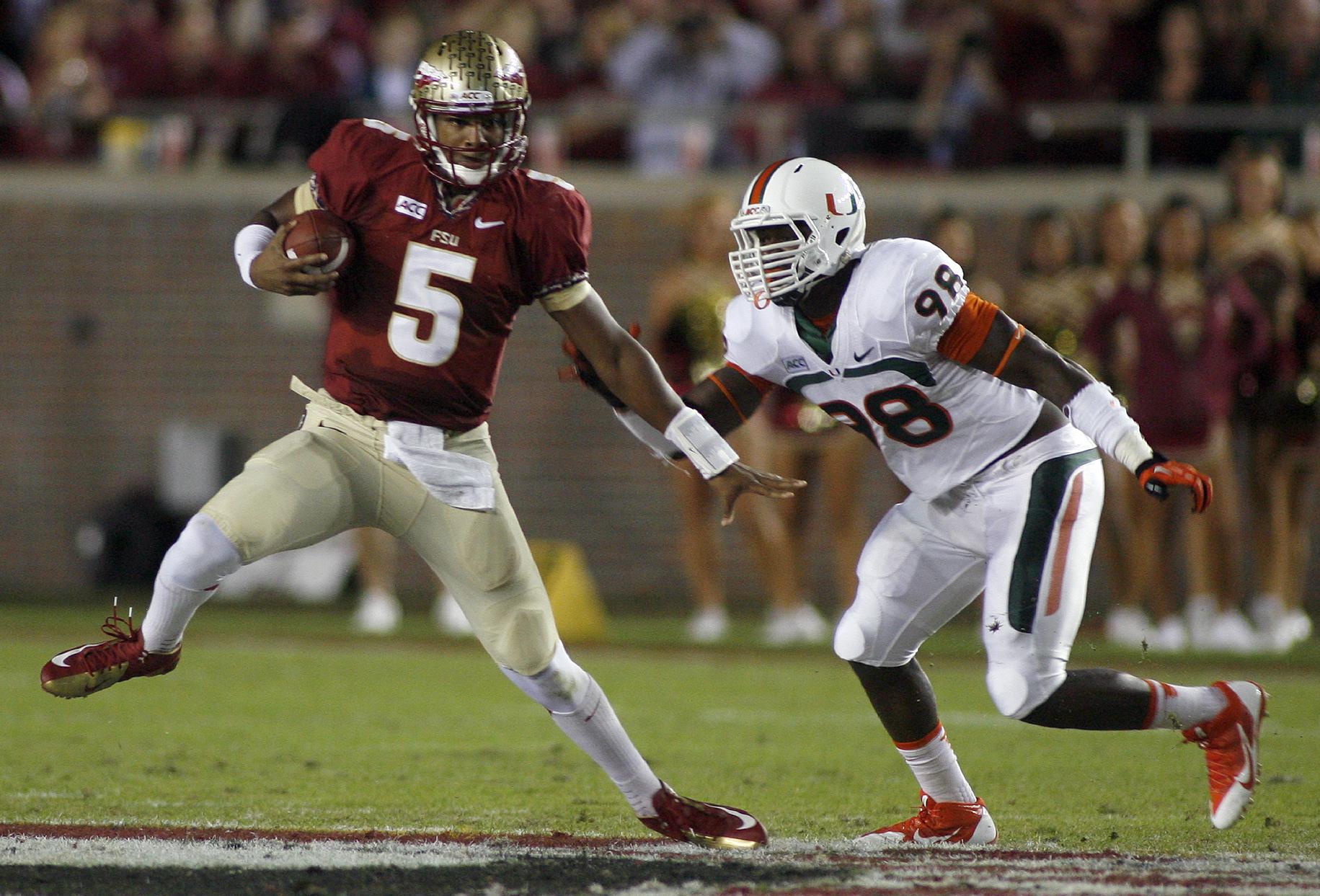 College football is taking center stage again as today many big teams have even bigger games. Here’s a look at some of the ones to watch out for:

Jameis Winston and his Florida State Seminoles have a big statement game today. Although they’ve remained undefeated, currently 9-0, the Seminoles dropped in the polls again this past week as they got jumped by one-loss Oregon.

In this inter-state rivalry, the Hurricanes lead the series overall 31-27 in victories. Currently 6-3, Miami (FL) has a chance to show the world that the college football rankings were correct and Jameis Winston & Co. are a fluke.

Don’t be shocked to see the Noles end today on a sad note.

Miami (FL) is coming to play.

A pair of 7-2 SEC teams will provide one of the best match-ups in Saturday’s action. Auburn is coming off a shocking loss to Texas A&M while Georgia finally has their best weapon Todd Gurley back from an indefinite suspension as punishment for receiving compensation for his signature.

With last years miraculous play still fresh in their memory, the Bulldogs hope and pray that this game doesn’t turn out the same.

While neither team really has a stake in the title game or top 4 in the rankings to get into the Inaugural College Football Playoff, this is still going to be a lot of fun to watch. Tit for tat, eye for an eye, however you see it, this is football at it’s finest.

This game  tops all games on the list of what-to-watch-for this weekend. Not only is the fact that this is a huge SEC match-up, but it also has enormous implications on the College Football Playoff.

If Mississippi State wins, they’ll retain the top seed and Alabama will not be able to get into the top 4 and squeeze into the playoff–knocking out Saban and his usually potent powerhouse.

The tables truly flip though if the Crimson Tide pull of the victory. This means that Alabama will for sure be one of the top four seeds in the national rankings but that the rest of the field is going to be undergoing some cosmetic surgery.

While Alabama will have a compelling case for the top spot, Florida State and TCU are going to argue their case if they’re able to win in dominating fashion and Alabama’s victory only comes by a little bit instead of a lot.

Doesn’t sound right, but that’s sometimes how it goes.