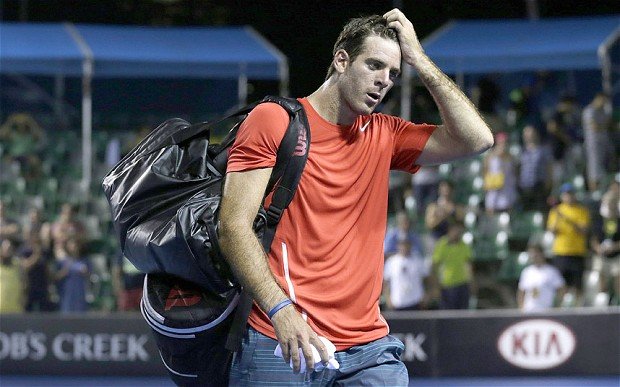 The 2009 US Open winner congratulated his opponent for his performance and Bautista Agut will play 27th seed Benoit Paire in the third round of the competition. Following the game, Del Potro said:

“I think he played a great match for the four hours. It’s tough when someone plays at a very high level for four hours, tough to beat the opponent.

“I was close. But at every moment that I had a chance, he played an unbelievable shot. He said.

“I think sometimes the favourites lose very early in a Grand Slam, like Federer at Wimbledon or Rafa, and then other ones at the US Open. Here it’s my turn to get out very early in the tournament.

“But the season just started. I will try to be positive for the rest of the year.”

It is the second time Del Potro has been sent home early in a Grand Slam after Lleyton Hewitt sent the Argentine packing in last year’s US Open second round.

Federer defeated Slovenian Blaz Kavcic 6-2, 6-1, 7-6. It is the 70th match the Swiss has won at the competition and will be looking to add more wins to his already incredible record.