England bowler, Graeme Swann has revealed he decided to retire during the Ashes competition because his bowling was “awful” and he felt “powerless”.

The 34 Year old plans to quit the game at the end of the season and say he got to a point where he felt he was no longer aiding his team. Speaking to Radio 5, Swann said: “It was a horrible feeling to come to terms with”. “Quite simply, I was awful”.”Not Just Cricket”.  Swann took just seven wickets at an average of 80 in the first three Tests in only England’s third ever whitewash in the Ashes series.

“It’s a horrible feeling to come to terms with because you are playing for your country, you love playing cricket for England and it’s your life, but to actually come to that conclusion is possibly the most sobering decision I have ever had to make.

“It was horrendous. There was no point in me playing in the rest of the series, we had already lost it. Why carry on playing if you are hindering the team?

The 5-0 whitewash in Australia was the worst statistical result in England’s history.

“I could not do the job I was being paid to do. I could not just stay on for a holiday in the last two weeks ferrying drinks around.”

“Cook should keep doing the job, not panic about what has happened and just get everyone together and think how are we going to go about scoring big runs again.

“That is the only way you can win Test matches. It’s what we did arguably for five years. We were so good because we had such a reliable top order that were scoring so many runs. If we can get back to that we will be fine.” 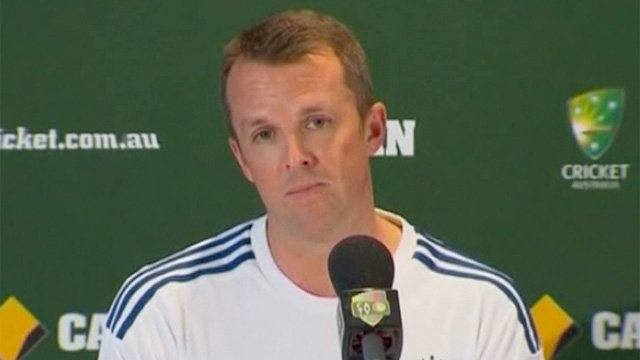