I was out getting a coffee and the barista commented on my 49ers shirt; she mentioned that while she’s a Seattle Seahawks fan, she actually roots for the Niners because it makes the rivalry, now one of the hottest in the NFL, better; it is a match-up of two great teams, instead of a one-sided slaughter by a great team against an average or bad team.

I mentioned the NFC Championship game last year, and referenced something my friend and I had talked about: that if the Niners had been able to beat the Seahawks, in Seattle, then we would have truly earned our Super Bowl berth. She responded that she had felt the same way.

Rivalries in sports present interesting games and scenarios, especially when put in proper context. The Packers and Bears have played each other 188 times, and the games are always that much better when both teams are on a hot streak, duking it out for the division title, or the conference championship, as opposed to when one, or both, of the teams is in the ground and out of contention that season.

The Giants-Dodgers, or Yankees-Red Sox rivalries take on the same level of interest, and dare I say, even higher levels at the national level when both teams are fighting for something.

Of course, this is always true for any game; more people are interested when both teams are good, hence why playoffs are so successful in the ratings. I’m not talking about just any game, though. I’m talking about the fans of the rivalry, who are revitalized when both teams are streaking. After all, is it not better for a Niners or Seahawks fan when their team beats the other, who is also great that season?

I would go even further, arguing that the opposite is true: when the Seahawks are bad, a Niners win over them is just another game; it doesn’t even feel like a rivalry game. It even expands beyond the traditional fan bases: the year the Packers and Bears played for the NFC Championship, I made it a point to catch that game. The rivalry was a strong lure, especially in context of the legacy, history, and then-recent rise of Aaron Rodgers for the Packers, and then-recent acquisition of Jay Cutler by the Bears.

Of course, I would be amiss if I did not reference the personal rivalries between specific players that sometimes up the stakes of an otherwise dull game. Derrick Rose, as well as Kevin Durant, has an instant rivalry with LeBron James that ignites their match-ups. Shaq and Kobe Bryant had a similar personal rivalry, meaning that the Lakers and Heat never had a real rivalry, but rather one that dried up once Shaq had departed South Florida.

Ultimately, I will never root for the Seahawks, or the Dodgers, or the Red Sox, but I am at peace with the notion of them being at the top of their game when they play the 49ers, Giants, or Yankees, respectively, since it makes the game better to watch, the victories more thrilling, and the desire for revenge that much stronger when my team loses, which is precisely the attitude the NFL, NBA, NHL, or MLB wants from their fans: a desire for more, which drives television ratings, ticket sales, merchandising, and other revenue streams.

All I know is that if they could harness that energy somehow, and I don’t know how admittedly, it would make the games that much better; how ESPN sells the Iron Bowl between Auburn University and Alabama would make a good starting point, though. 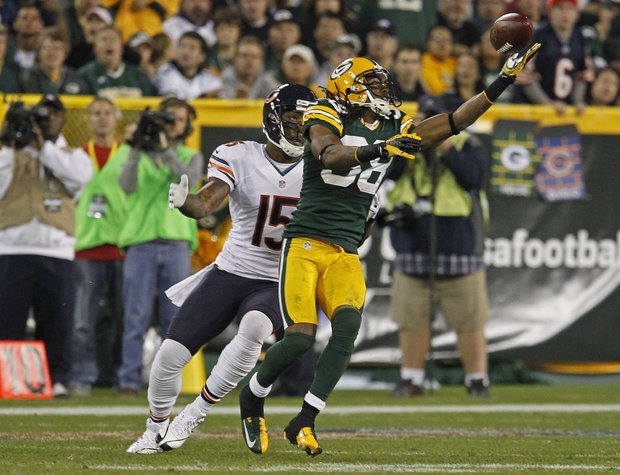