With all the seats filled but Haas on the F1 2023 grid, we look into their problems with finding the right driver.

Haas is yet to announce their driver lineup for 2023. With every seat but them declared on the grid, fans eagerly await to see the full lineup for next year. Names have been floating around for who will sit alongside Kevin Magnussen next year. Antonio Giovinazzi and Nico Hulkenberg are favourites to make an F1 return. At the same time, some believe Haas should retain Mick Schumacher next year.

None of these eventualities is particularly exciting, unlike the Oscar Piastri announcements or Nyck De Vries earning his seat at Alpha Tauri. Instead, Haas faces a major driver problem. The team is still determining who is the best driver to hire to help them back into the midfield, and if they wish to progress, they must solve this issue.

To analyse their driver problem, we need a quick glimpse into the history of Haas. As the last outfit to enter Formula 1 independently, they are more than aware of the financial barriers involved with running an F1 team. Financial problems have plagued Haas’s seven years in the sport, and these concerns intertwine with their driver choices.

Previously Haas has enjoyed a stable driver lineup. They joined F1 after Marussia collapsed in 2014, purchasing assets in their auctioned-off Banbury HQ. Eventually, they entered F1 in 2016 with Romain Grosjean and Esteban Gutiérrez, the former bringing Haas into 6th place during their debut race in Australia. Grosjean picked up all 29 of their constructor points that season, allowing them to finish in 8th overall.

Constructor points mean money, and it was no wonder that Kevin Magnussen replaced the pointless Gutiérrez in 2017. Grosjean and Magnussen remained as Haas’ duo from 2017-2020, enjoying some of the team’s greatest successes, including their 5th-place finish in the Constructors’ Championship in 2018. However, the season afterwards became Haas’ worst in terms of results and losing their title sponsor Rich Energy.

By 2020 the otherwise stable lineup of Grosjean and Magnussen was replaced by Nikita Mazepin and Mick Schumacher for 2021, a mainly financial decision. Haas needed money, so sacking one of their drivers for Mazepin and his Uralkali sponsorship was inevitable. Yet both drivers were shocked they were both sacked.

“I said to Guenther on the call when he called me that I was expecting one of us [to leave], and he said, ‘No, for financial reasons, I need both of you out.”

Since then, their replacements have proven to be a financial liability for the team. Mazepin’s one-year stint in F1 featured plenty of mistakes earning him the nickname ‘Maze-spin’. In 2022, Mick cost the team over $1 million in damages due to incidents both in Saudi Arabia and Monaco.

Haas put little money into 2021, so they could focus all their financial resources around the 2022 car. After sanctions against Russia’s invasion of Ukraine, Mazepin was not allowed to compete, and his seat went to Kevin Magnussen. The Dane enjoyed a triumphant return to the sport and gave Haas a needed 5th-place finish at the season opener in Bahrain.

However, since the beginning of the season, the American outfit has been well off the pace. Both drivers have struggled to earn points, placing Haas 8th in the championship, with Alpha Tauri close to outscoring them.

Of course, drivers can only do so much with a car and a team that struggles financially. Their main issue has been a need for a title sponsor this season, as Uralkali left at the same time as Magnussen. They have recently attracted MoneyGram as their main sponsor for 2023, bringing them up to the cost cap level.

Despite having the smallest budget on the grid, Haas still has the short-term aim of becoming a regular midfield team. For that, however, they need drivers that consistently score points and can keep the costs low by avoiding incidents. Once they achieve this, Haas can gain the constructors’ points required to place them higher in the championship, where the prize money will increase significantly.

Not only this, but strong drivers help teams progress. Think about Mercedes at the moment. Lewis Hamilton works with the team analysing the data to ensure the car is fighting for wins again in 2023. Haas needs a promising driver with leadership qualities to help drive the team into the midfield.

Whilst Magnussen is talented and has established himself as a team leader, Haas still needs a promising and quick driver to move them forward. Schumacher has had two seasons to integrate himself within the team. Yet, his lack of pace and mistakes prevent him from being the driver that can aid Haas’ goals.

So Haas has a massive problem to solve. To achieve their aims and truly compete in F1, they have to have a driver lineup that facilitates this. The only problem is the drivers rumoured to take the Haas seat are not a solution to these issues.

Nico Hulkenberg is the most likely announcement at this point. On the one hand, his experience and stability as a driver are assets Haas could benefit from hiring. Yet his relationship with Magnussen, his potential teammate, has been rocky and could cost the team points and money if they tangle too much with each other.

Also, Hulkenberg is nearing the end of his career, and Haas needs a younger driver with raw speed and talent that can take them forward for a few years.

Take George Russell at Williams, for example. His time at Williams was extraordinary (his 2nd place in Belgium 2021, for example), and he was the kind of driver that helped them move forward. A similar driver would be perfect for Haas; unfortunately, Hulk is not that.

Another option is Antonio Giovinazzi, who raced last year for Alfa Romeo. Whilst he has more F1 experience than a rookie, he did not impress during his stint in F1. He struggled to beat a fading ageing Kimi Raikkonen last year, clearly not possessing the speed to race in the series.

Giovinazzi undertook a free practice session for Haas at the US GP last weekend and managed to crash the car. If Haas is looking for an inexpensive crash-free driver, I’m afraid Antonio is not the one.

A more straightforward possibility for Haas is retaining Mick Schumacher. Despite his incidents this season, he is a known quantity within the team. He already has a relationship with Steiner, Magnussen and the team personnel. He knows the car and the ethos behind the team, and already being embedded can help with development.

“If he wants to stay with us, he’s got to show us that he can score some more points. That’s what we are waiting for.”

Mick has yet to manage to meet this expectation in recent races.

Mazepin’s return has also been reported. The Russian may bring money but ultimately, the team would be better off with Mick’s talents. There is the possibility of promoting somebody from F2, perhaps Theo Pourchaire. Whilst young, exciting talent from F2 would ignite Haas’ driver lineup and see them fight for the points.

Yet taking on one of this year’s F2 drivers is a massive risk. F2 has yet to see standout drivers in the vein of Leclerc, Russell or Norris this season. Felipe Drugovich, who is now attached to Aston Martin, took the title aided by multiple years of experience in F2.

Pourchaire failed to send a proper challenge to Drugovich, suggesting the youngster is not quite ready for F1. If Haas took on an F2 driver as a rookie, they would be gambling with their car and could potentially lose a lot of money due to damages.

Haas’ best option at the moment is sticking with Mick Schumacher. Yes, he does not demonstrate World Championship material and is prone to making mistakes, but the same can be said for the other options.

It will be more beneficial to Haas if they retain their current driver lineup, ensuring stability within the team. Schumacher has a lot to prove before the end of the season if he wants to be in F1 next year, and if he does, he will be worthy of the final seat on the 2023 grid.

Until someone exceptional comes along, Haas will continue to have the same problems with its drivers and results next season. Only when they have a solid and stable driver lineup will they be able to progress and push through the midfield as they desire.

Who should take the final seat at Haas for 2023? Let us know in the comments below! 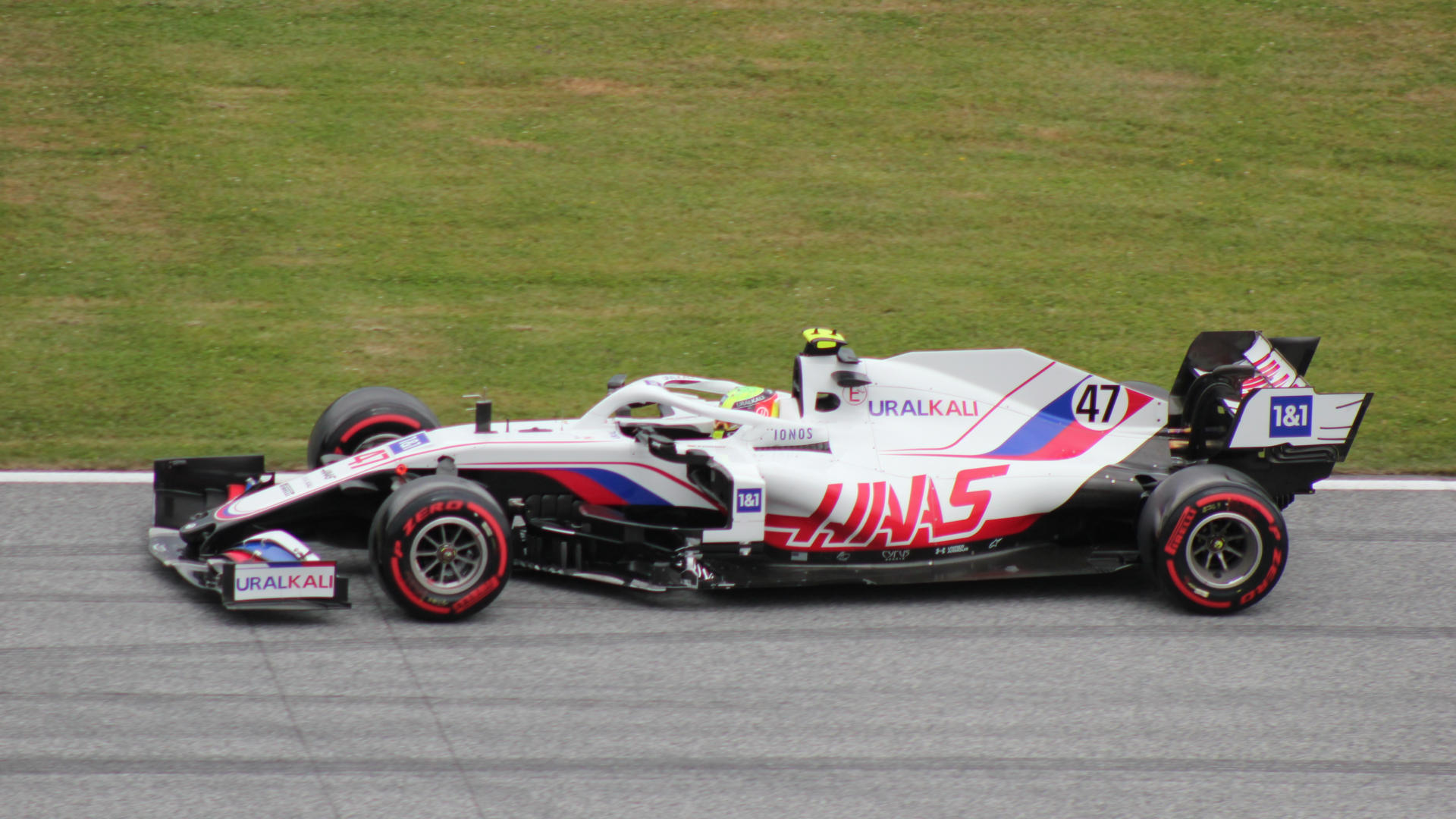