Baltimore Ravens defensive tackle Haloti Ngata has been suspended for the rest of the regular season for violating the league’s policy on performance-enhancing substances, the team announced Thursday.

The suspension has been linked to reportedly Adderall which has not been the first time that has happen in the NFL (Seattle Seahawks in 2013). This suspension will end Ngata’s season unless the Ravens can make the playoffs but this is a huge blow to the Ravens defense that relies on his skill and leadership to command that defense to either success or failure.

Ngata spoke about the suspension in a written statement. “I made a mistake, and I own this, I took Adderall and take full responsibility for doing this. I am deeply sorry and broken up over this. I let down my family, my teammates, Ravens fans and myself. My hope is that the Ravens make the playoffs, and I believe they can do this. And, then I can come back and help us win.”

The Ravens will likely turn to rookie second-round pick Timmy Jernigan to replace Ngata. In his ninth season, Ngata was having one of his better years in recent memory. He had two sacks, two interceptions, two forced fumbles and seven batted passes.

With Ngata in the middle of the defense, the Ravens ranked No. 5 against the run this season. He is signed through the 2015 season.

“This is disappointing news for the Ravens,” general manager Ozzie Newsome said. “We are disappointed with Haloti, but no more than he is with himself.” 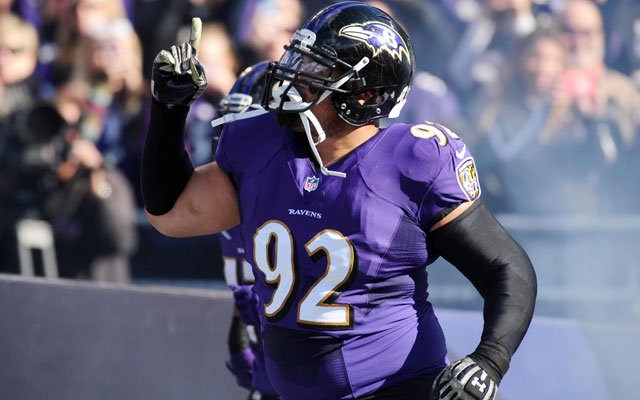