Reports have emerged that Bianchi has suffered a severe head injury; causing the race to be called off early, with Bianchi going into an intensive care unit after undergoing surgery.

Hamilton has now won his eighth grand prix of the season after overtaking team-mate and rival for the title Nico Rosberg for the lead.

Sebastian Vettel appears to have struggled this campaign, with team-mate Daniel Ricciardo accumulating more points than his German counter-part, after only joining the Red Bull team this season. However, Vettel on Sunday, beaten Ricciardo to third place, also preventing McLaren’s Jenson Button to a podium finish.

The race result seems to be insignificant within context of the injuries that Bianchi has sustained, but with Hamilton winning his eighth grand prix this season, it will be a race to remember as it was one of the greatest drives of his career. This keeps him 1st place in the championship, 10 points clear of Nico Rosberg with four races to go and 125 points available.

The race took place under terrible conditions, with storms preceding the oncoming typhoon which hit Suzuka on Monday.

Hamilton started the race second place behind Rosberg. Hamilton pressured the German for a solid five laps before making the move to pass him at the beginning of the 29th lap.

After conditions started to worsen and Bianchi crashed out horrificly, the race came to an end after 44 laps with a red flag.

Bianchi’s car made contact with standing water on the track at the fast uphill Dunlop corner and ended up in the same location where recovery vehicles were trying to remove the Sauber vehicle of Adrian Sutil, whom also crashed out at the same spot the lap before.

The heavy crash caused Bianchi to become unconscious as he was taken to hospital, according to the governing body FIA.

All F1 drivers’ including Adrian Sutil, Sebastian Vettel and Britain’s Jenson Button thoughts are with Jules. 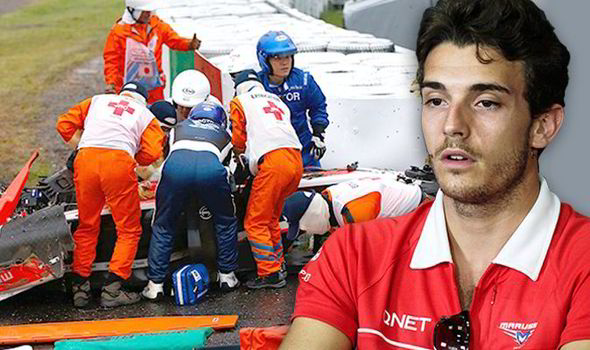