Haney-Diaz has finally been completed after going through a full circle involving Ryan Garcia. The lightweight division is filled with talented young contenders, but for some reason or another, we have not got the big fight yet which pits them against each other.

Gervonta ‘Tank’ Davis, who fights exclusively out of Showtime PPV has only been matched with PBC Contenders and there are none of the stars we want to see Tank in within that stable. Ryan Garcia won a final eliminator to face Haney but requested not to do so and has since been out of the ring with mental health problems and a hand injury which prevented his November 27 bout with Jo Jo Diaz.

Teofimo Lopez, who has been involved in a huge mess over the last 6 months with mandatory challenger George Kambosos has expressed his desire to face DevinHaney for the undisputed championship, but his size at the weight and exclusivity with ESPN means that’s highly unlikely to come to fruition even though Haney is a free-agent, he prefers to fight for major purses on DAZN.

ALSO READ:  What is DAZN, How have they become a powerful Global Sports Broadcaster and How will they reform UK Sport?

Now this leaves Devin Haney and Joseph Diaz Jr. Diaz is also mandatory for Haney but this has not been called by the WBC and Diaz chose to box Garcia (until he got injured) for a higher purse. Matchroom boxing, who promote Haney, have since offered Diaz more money than he was reportedly getting ($1.5m) for the Garcia fight and now Diaz has signed to fight Haney.

Another problem that has kept this fight from being official is Golden Boy promotions. GBP represents both Diaz and Garcia and for obvious financial reasons wanted to make an in-house fight to maximize revenue, but due to Garcia’s injury, Diaz is happy to fight Haney rather than wait for Garcia but it is unclear whether Golden Boy is happy with that.

GBP has a very short time left on their DAZN contract and therefore are not keen to feed their lightweight contender to a Matchroom fighter and would rather use the Haney-Diaz fight to leverage a deal with another broadcaster such as Showtime. ESPN’s Mike Coppinger has now learned that Golden Boy has approved the fight and Haney-Diaz is now complete.

Haney-Diaz will be contested for the WBC Lightweight Title on December 4th at the MGM Grand Garden Arena, Las Vegas, Nevada. The fight will be streamed exclusively on DAZN globally around the world. The choice of las Vegas for this fight comes as a result of Haney successfully drawing a large crowd for his title defence against Jorge Linares in May; selling over 5k tickets.

This is by far the biggest step-up for the 22-year-old Haney, who has only faced one top 15 contender to date in Jorge Linares. Diaz is a top 10 135-pounder after moving up from super-featherweight where he lost his IBF title on the scale.

Haney is a slick, sharp boxer, which will make the early round for Diaz difficult, but Diaz’s relentless pressure and frenetic pace will give Haney problems as the fight goes on. Haney is not a huge puncher and Diaz absorbed the shots of Javier Fortuna well. Diaz’s best chance could be to knock Devin Haney out after Linares wobbled him in their fight in May. Haney is a good boxer who will be tough to beat on points. 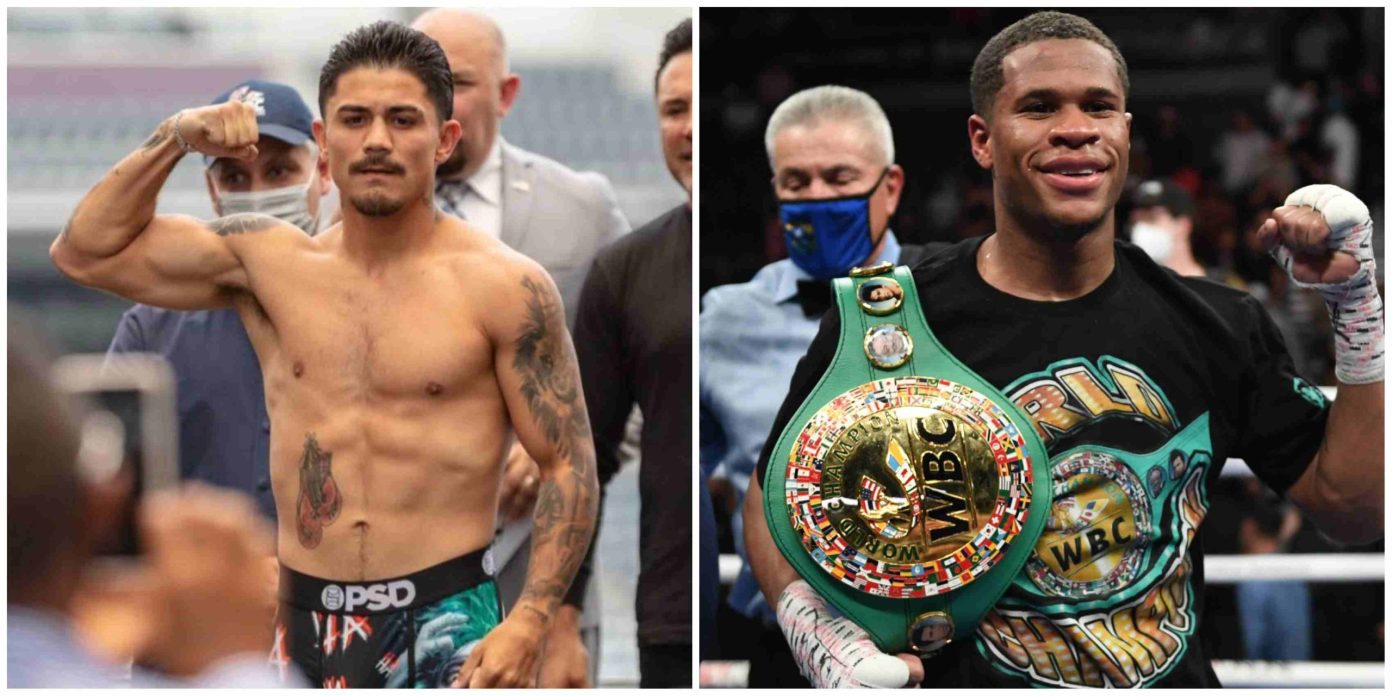