Joe Hart has come out today and stated that he wishes to stay at Manchester City as long as he is wanted, and getting game time, despite being replaced as number 1 keeper by City’s summer signing Will Cabbalero from Pellegrini’s former managed club, Malaga.

Cabbalero was the preferred choice as keeper in Saturday’s win against Hull City at the KC Stadium, however, the England number 1 looks set for a return against Roma tomorrow in their Champions League group game.

The drop of Hart to the bench has come from the ongoing uncertainty of his future at the club, yet to have signed a new deal. Hart still has two years left on his current cotract at City but he has insisted that he has a desire to be at City long-term.

The 27 year-old from Shrewsbury sat with City boss Pellegrini at the pre-match conference prior to tomorrow nights game against Roma and said:

“I am happy with what is going on at this club. We are fighting on all fronts. While I am welcome here, I am more than happy to stay here and see where that takes me.”

Pellegrini was then asked about the contract situation:

“Me and Joe know what is happening with that issue. It is important but no the most important thing in this moment.”

This could be a bit of deja vu for Joe Hart; losing his place last season as well to former number 2 Costel Pantilimon who is now at Sunderland. Hart missed out seven Premier League games last season before being brought back in to the side. 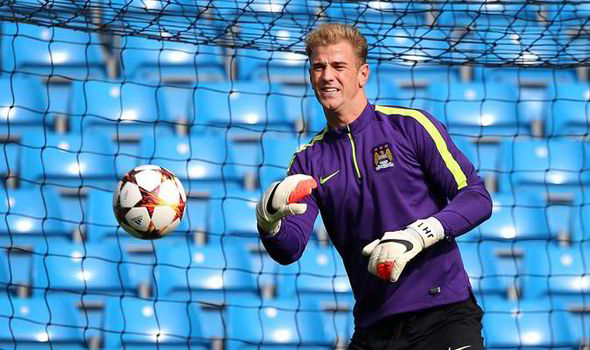