How has Barcelona done it? It is the question on the lips of every football fan this summer as they watch a Barca side, who even had to sacrifice the talismanic Lionel Messi last year because their debts were so substantial, strengthen their ranks by signing the likes of Raphinha, Robert Lewandowski and Jules Kounde.

Lest we forget, Barcelona was one of the key proponents of the, thankfully, failed European Super League project. The Catalan giants were one of the few sides who in the end refused to pull out of the project as they desperately wanted, and more importantly needed, the vast riches that would be available to the teams taking part.

Fast forward a year and despite seemingly still being in financial disarray, the club have signed the aforementioned Raphinha from Leeds in a deal worth up to £55 million, and arguably the best striker in the world Robert Lewandowski for a fee in the region of £42.5 million from Bayern Munich. Add to that France International defender Kounde from Sevilla for £42 million. Several weeks ago, the Blaugrana also announced the signings of Andreas Christensen and Franck Kessie on free transfers and, following a long drawn-out saga, have extended the contract of Ousmane Dembele by a further two years.

When you read about the money spent and the signings Barca has made you may well question how much financial trouble the club are actually in. It would be fair of you to do so as if you look purely on the surface it might well appear that Barcelona is a perfectly well-functioning football club.

Let’s look below the surface.

Barcelona reportedly currently find €1.3 billion in debt. Yes, you read that correctly their financial woes are that sizeable. Moreover, they have a salary limit imposed by La Liga of -€144 million, the only negative salary limit in the league, and the club was even described as ‘clinically dead’ by their own vice-president.

But how did this happen? Well, the story of how one of football’s most famous institutions got to this point is sadly a tale that is all too familiar. Ignorant overspending on transfer fees and wages is the cause of Blaugrana’s troubles. Barca was spending more than they were earning and as we see far too often in football, this inevitably led to their financial resources being drained completely. It is worth noting that the club was once spending 102% of its income on wage expenditure.

Whilst the Catalan giant’s overspending was naive, it cannot be denied the role the global pandemic had to play in their current situation. Prior to the 2019/2020 season, Barcelona’s spending could, just about, be justified by revenue. A great proportion of the club’s revenue streams came from their commercial activities but, revenue for Barca began to dry up in 2019 and in the COVID-affected 2020/21 season they posted losses of £404 million.

Nevertheless, the impact of the pandemic would not have been nearly as devastating had the club not been spending extortionate amounts on transfers and wages. For example, Lionel Messi’s final contract with the club cost the Blaugrana approximately €139 million per season and, after Neymar joined Paris Saint Germain for £190 million, Barcelona spent £289 million in the 2017 summer transfer window.

This is where it gets complicated.

Where limite salarial differs from other FFP rules is that is applied prior to signings being completed. If a club fails to meet the criteria, a signing simply will not be registered. As previously mentioned, Barca’s salary limit stands at €-144 million and they need to overhaul this figure before La Liga allows them to spend again.

With all this in mind, how do Barcelona get around La Liga’s FFP rules? The answer is simple on paper but difficult in practice, they need to cut costs and make money. They have been attempting to offload players and they have had some success such as Clement Lenglet’s loan move to Tottenham which frees up important money in the wage budget.

Other attempts have been less successful, the most publicised of these being the ongoing saga involving Manchester United and Frenkie De Jong. Barcelona is well aware that the Dutchman is one of their most attractive assets and that they would be capable of gaining a substantial fee from the Red Devils for his services. However, De Jong has been digging his heels in and is insistent that he does not want to leave. Barcelona themselves now claim they do not want him to go but admit that he would need to accept a lower wage to ensure he can stay.

In order to continue signing some of the world’s best players, Barca has been forced to become more creative in their approach to making money. They have had to raise ‘extraordinary income’ through commercial activities such as sponsorship opportunities and agreements with investment firms.

The main way that this has been achieved is through what Barcelona refer to as ‘economic levers’ or palancas. This is where the club partially sells some of its assets to bring in revenue. Three of these levers have been activated over the course of the summer to bolster the Catalonian’s spending power after the club’s members voted in favour of Barca President Joan Laporta executing these levers.

The first of these economic levers involved the club selling 10% of their La Liga TV rights for the next 25 years to global investment firm Sixth Street for a fee in the region of £200 million. Later, the second lever was activated as Sixth Street increased its stake by a further 15%, taking the total to 25%, for around £300 million.

Altogether, those two levers should raise more than £600 million in revenue for Barcelona. It is the money being made from these deals that is financing their summer spending spree, though this comes at the cost of reducing Barca’s TV and merchandising revenue in the future.

In addition to the first two levers, at the presentation of the new signing Jules Kounde, Laporta confirmed that the third economic lever had been activated, raising another €100 million.

ALSO READ:  German Football – What Were The Biggest Shocks In The DFB-Pokal Round 1?
Embed from Getty Images

‘An agreement has been reached for the sale of of 25% of Barca Studios for €100 million. We have authorisation from the assembly for 49 percent and we have done 25 percent with Socios.com.’

Laporta was hopeful that the activation of the third lever would allow Barcelona to register their new signings.

‘I hope our interpretation is the same as La Liga’s and they are not going to block the registering of players. If not, we will find a solution. We are working on the departures but it is not easy.’

The Barca President’s optimism was reinforced by the comments of La Liga President Javier Tebas, who confirmed that the club were on the right track in terms of being able to sign and register players.

‘Barca are on the right track to register signings. They still have some details to complete, but they have time.’

‘They have been able to sell assets, which was something they needed to do, and to reduce salaries – that’s what allows them to sign.’

It is possible that Barcelona will still have to sell players such as Frenkie De Jong and Memphis Depay alongside these economic levers should they want to complete more business this summer. The club are still linked with Manchester City playmaker Bernardo Silva and Chelsea defender Marcos Alonso who will not come cheap both in terms of transfer fees and wages. The club were linked with Cesar Azpilicueta but that speculation appears to be at an end after he signed a new two-year deal at Stamford Bridge.

Despite this, it is clear that the economic levers have achieved what Laporta wanted them to and allowed Barca to strengthen in spite of the club’s financial issues. They are, however, a high-risk strategy as Barca is gambling on their long-term future and need high rewards in the form of success on the pitch to ensure this ‘extraordinary income’ does not send the club into deeper trouble. 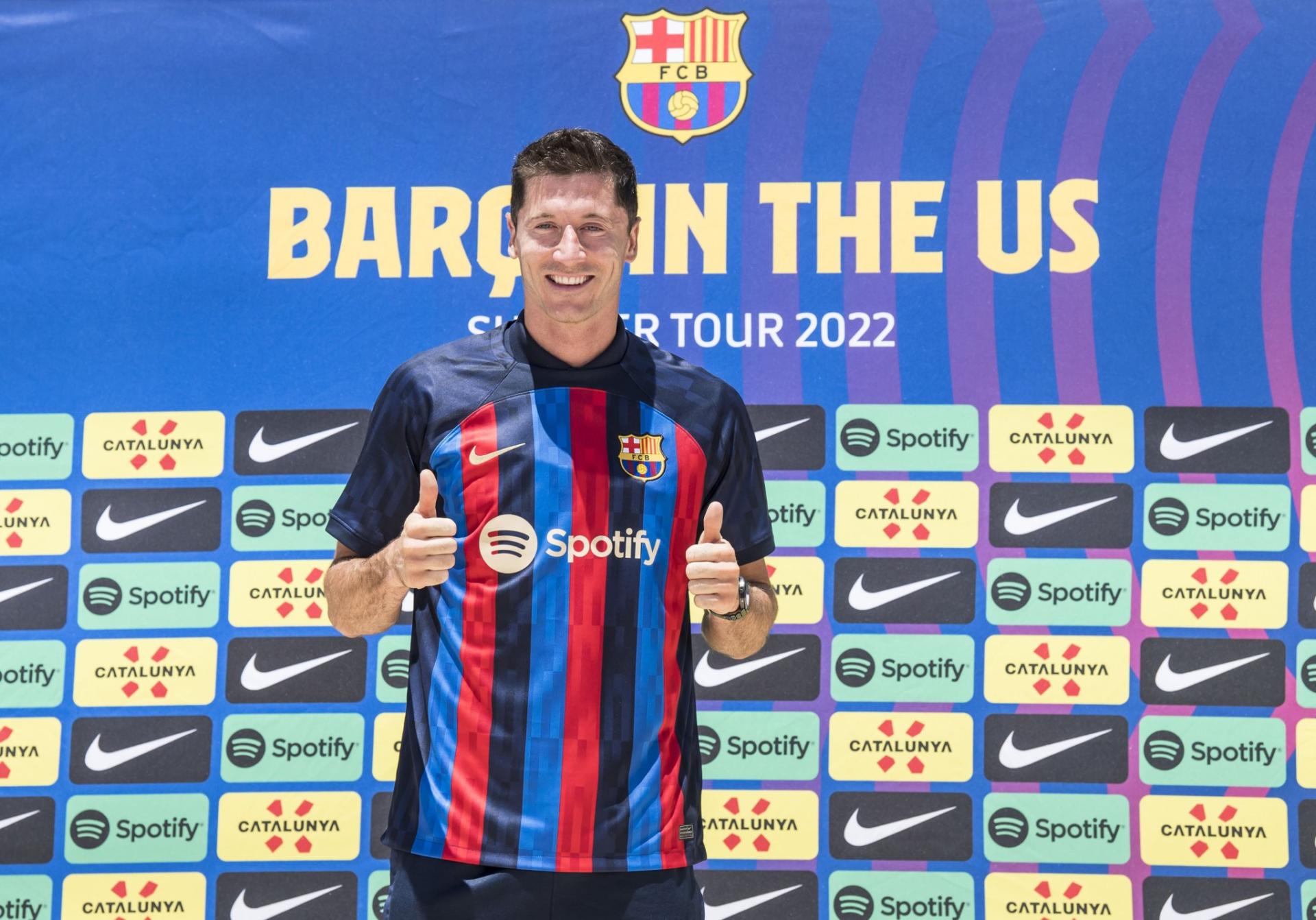