International cricket council has proposed a change to save test cricket. It is considering to split test cricket into two divisions, the will grant a new place for two new nations. ICC will also introduce promotion and relegation system.

ICC CEO David Richardson explored some facts that would provide greater context to all the three formats of the game from 2019.

Based on the current test ranking, West Indies will slip to division two. Bangladesh and Zimbabwe will join them. These teams will be given full test status. The other two best teams will be from the intercontinental cup, which was held in 2015 and 2016.

The ICC will be looking to add teams from top cricket competitions amongst the associate nations, this will include Ireland because it is poised to get a test status.

In division one – all the seven teams will play a series against each other every two years, the winner would of won the test championship and the team at the bottom will be relegated. This was originally proposed by India, South Africa, England and Australia in 2004.

Matches within this divisional structure would play for no more than five months. It will have time for the countries to schedule additional tours.

This proposal is likely to be put before the ICC board at the annual conference in Edinburgh in June, and could come into effect after the 2019 World Cup.

ICC is also considering the restructure of one day international cricket and T20 cricket, one option being discussed for ODI cricket is to have two leagues of six, forming the basis of qualification for the World Cup.

The ICC hopes to introduce a system of regional qualifiers where 105 teams can qualify for the World T20.  This would also end automatic qualification of each full member nation in world events.

This proposal is designed to combat the loss of relevance of the bilateral series. It also concerns the matches, which lack clear consequences for victory and defeat. The ICC introduced this structure in 2004 but they now feel like they have to renew it urgently.

Many test matches have been cancelled because of the T20 and ODI matches. The rise of leagues like IPL, BPL, PSL, CPL are rising and the ICC hopes to balance the relationship between these leagues and international cricket.

Funding is the another part, ICC envisages paying for all matches under the new structure but it fears  less glamorous fixtures being cancelled if boards are impoverished.

The ICC appears to be dependent on Board of Control of Cricket in India and agrees to return some funding to the central pot.

The Federation of International Cricketers’ Associations, the umbrella organisation for seven players’ unions, have welcomed ICC proposal. ICC is also discussing whether to launch a bid to join the Olympics.

Any bid for inclusion in the 2024 Games must be submitted to the International Olympic Committee by next year, alternative to the Olympics being discussed by the ICC is whether to revert back to the World T20 taking place every two years, rather than every four.

ICC is also thinking of additional broadcasting rights from the World T20.

This is worth more than $300 million to the ICC, which could help to fund the new structure and the development of the game. 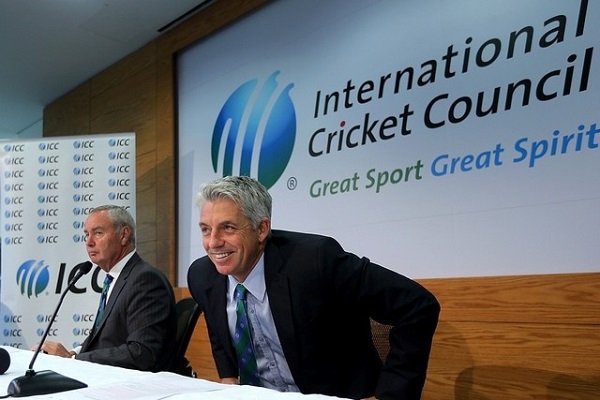