Last night, Manchester United were excellent. It was, considering what’s happened this season, a defensive performance for all to admire. It was steadfast, resolute, and ultimately unrecognisable from last week’s harum-scarum display against Manchester City.

A low barometer, admittedly, but in terms of superb displays, it is a barren field that faces analysts of Manchester United’s performances this season.

Many have dismissed David Moyes as lacking the required gravitas for the biggest job in English domestic football. He has been patronised as a specialist in good, but not great.

He was a valiant underdog at Everton that won many battles, but not many wars. If this is an apt description, then last night’s game proved to be right in Moyes’ comfort zone.

It was almost bizarre to see Manchester United hemmed in for so long on their own patch, and this is testament to Bayern Munich’s impressive, yet ultimately unsatisfying skill in possession.

Equally, the result was down to Manchester United’s resoluteness in defence, as much better teams than United will come unstuck against the German champions. Bayern Munich are an irresistible force, and yet Manchester United travel to the Allianz Arena on level terms.

We saw such performances so many times at Goodison Park, as Everton sat back, took the hits, and then so often landed a knockout blow at the other end.

Regrettably, therein lies the problem. Very few teams will come to Old Trafford and play like Bayern Munich, both in terms of quality, and in terms of taking the game to United.

Perhaps even fewer will take that route following last night’s result. More teams will look to play rope-a-dope football, soaking up the pressure and hitting United on the counter.

They will look to ‘out-Moyes’ David Moyes. There were many uneasy reminders during the game that we were watching an excellent manager with an awful lot of merits, but, ultimately one that probably finds himself at the wrong club.

Tuesday night was a brilliant, backs-against-the-wall performance, the likes of which won’t actually be required very often at Old Trafford, particularly in the Premier League, perhaps regrettably considering Moyes’ adeptness at manufacturing a result. Other high points?

Few and far between. Improvement? Indiscernible. In fact, in the league, it’s hard to see much improvement beyond the very first game, when a 4-1 victory away at Swansea in the August sunshine seemingly signalled ‘business as usual’.

There is a sense around Manchester United that it is still anathema to want David Moyes out. Displaying your dissatisfaction is tantamount to speaking ill of the dead, as Sir Alex Ferguson sits in the stands. Frankly, he may as well sit in the clouds.

The now-infamous plane was greeted with boos, and yes, perhaps the display itself was immature, even if the sentiment can surely no longer be considered premature.

You can’t help but feel that those that cling to the new manager are, ironically, doing so out of their love for the old one. You have to wonder just how long the powers-of-be will give it until they shuffle sheepishly to Sir Alex’s throne and ask whether it’s acceptable to admit that the conservative decision was not the right one.

On that note, if one certainty has come out of this season, it’s that long-revered managers will never, ever put forward their ‘Chosen One’ again.

Much as I would like to see another British manager amongst Europe’s elite, there are very few reasons to suggest that this result will spark a new dawn for David Moyes. Heaven knows, there have been enough moments like that this season, and they certainly haven’t materialised.

Inevitably, sooner rather than later, the knives will once more come out, and just as inevitably, the discerning public will tut and point at the draw with Munich, knowingly sighing at the fickle nature of football.

However, it is all very well for us to sit there and pour scorn on the dissenters of the Stretford End and beyond. There are those of us who consider ourselves football supporters that have been hardened by the wind and the rain of ownership trauma, relegations, and repeated near-misses- and, for the record, I consider myself a veteran on that score, having witnessed three demotions in my lifetime.

We scowl, embittered, and say that they should try to walk a 46-game season in our shoes, whilst simultaneously barely disguising our schadenfreude.

Perhaps it’s time to put away our sanctimony. Manchester United have not been accustomed to this sort of failure for decades, and probably never will be again.

If our shoes are a neat pair of trainers- unspectacular, yet holding it together – Manchester United have at times this season resembled a man who may well have begun the year wearing Jimmy Choos, but is now left holding two tatty bits of logo-emblazoned leather. 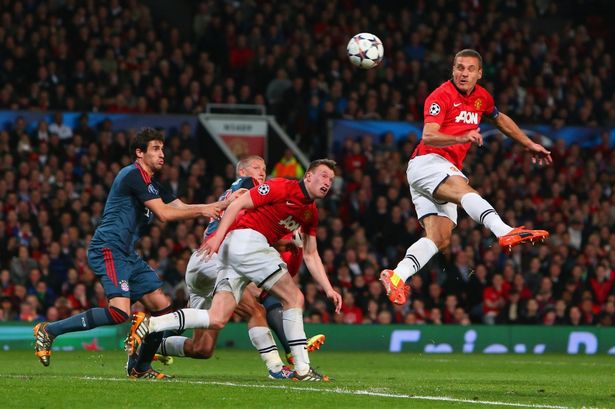