Eugene, OR– There is both good news and bad news being spread within the locker room of the Oregon Ducks this weekend.

The good news? They have won the Pac-12 North.

The bad news? Arizona has won the Pac-12 South.

Why is that bad? Arizona is Oregon’s only loss this season. And yes, albeit it came on the wings of a miraculous Hail Mary that could only come from the heavens, but think about this: Arizona had to stay in the game with Oregon all the way up to that point where the Hail Mary was tossed.

Arizona knows how to get lucky apparently, because they weren’t even supposed to win the Pac-12 South at all. That was UCLA’s gauntlet that was choked up and passed on after the Bruins suffered a stunning defeat to the Stanford Cardinal 31-10.

With UCLA’s defeat, Brett Hundley & Co. now allow Oregon the matchup they did not want to happen–a rematch that will surely go down in the record books whether Oregon wins or loses.

Last week, I made a prediction that Oregon would go on to be the overall National Champion. I saw them as the best of the four playoff teams (at the time of those rankings) and assumed they would play UCLA, a team they cruised by earlier in the season, for the Pac-12 title.

But this changes everything.

This doesn’t necessarily change my prediction, though. This just adds to the excitement before the climax–which will be the four-team playoff coming to you shortly. If Oregon is able to win, it will not be by much and I do not think it will be a pretty win, so the Ducks need to be extra thankful that this Arizona game will probably be harder for them than any of the remaining games they will hopefully have.

If Arizona somehow does it again, because history does tend to repeat itself if people aren’t careful, the entire playoff picture turns upside down.

Other contests that could change the landscape of the new playoff formation include the following:

Ole Miss (#19) vs Mississippi State (#4)
The Rebels’ playoff chances are all but dashed, but they’d love nothing more than to play the ultimate spoiler to their in-state rival.

Alabama (#1) vs Auburn (#14)
Last year’s Iron Bowl is old news for the Tigers, they want a win THIS year against Bama.

Florida (no rank)  vs Florida State (#3)
Unless you’re an alum from FSU you don’t want Jameis Winston to keep winning.

Now imagine how the college football world will feel/become if all of the top four teams were to lose in the final weekend of regular season play.

I’m all for it. Welcome to the madness. 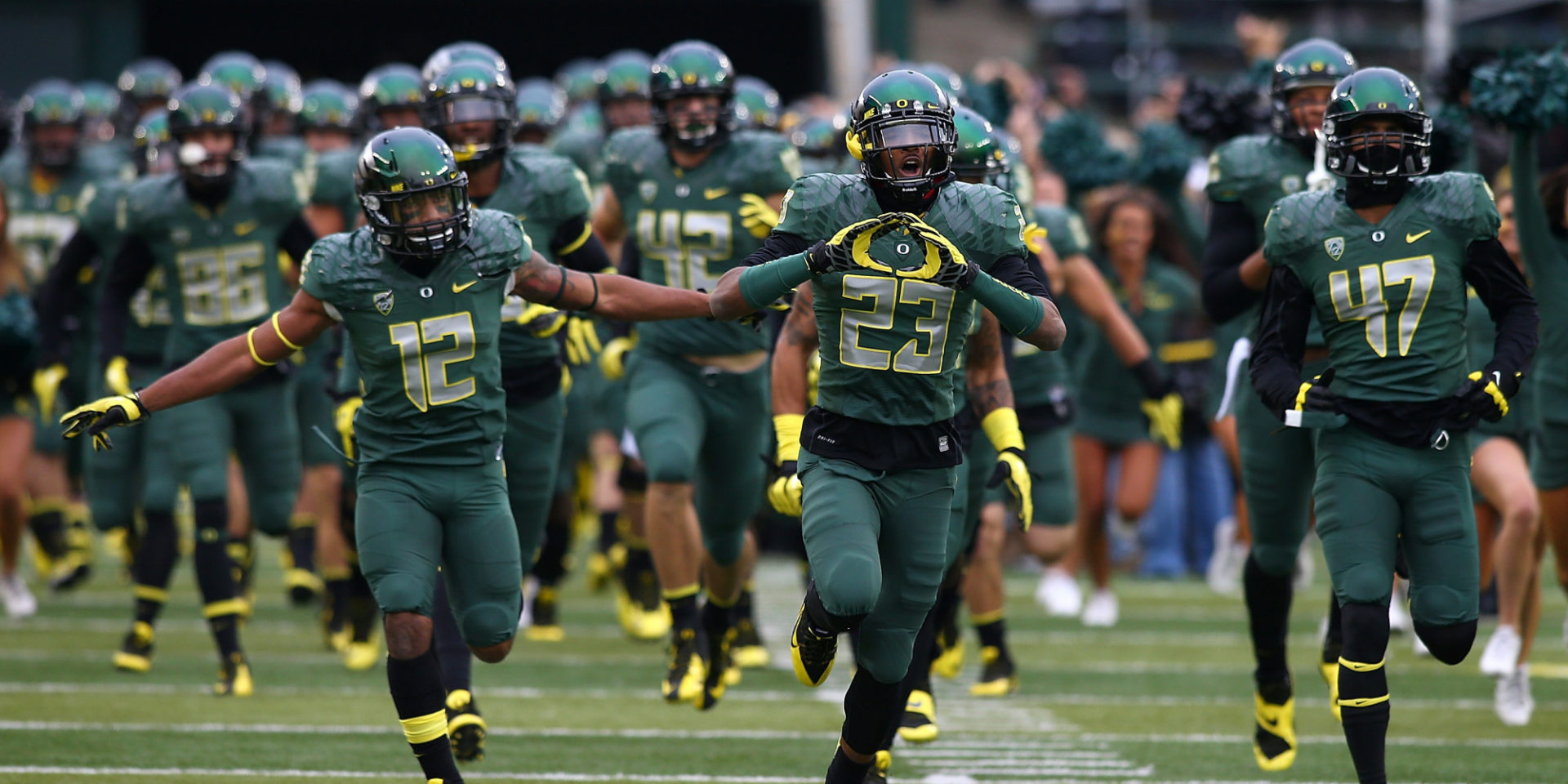