Japanese power-punching sensation Naoya Inoue returns to the ring this Saturday against Australia’s Jason Moloney. ‘The Monster’ will defend his unified WBA (Super) and IBF Bantamweight titles in the featured attraction on ESPN+.

This will be the second time Inoue has boxed in the US and his first time headlining. The Japanese star is hoping to land a unification fight next year against either Philippines’ John Riel Casemiro or WBC Champion Nordine Oubaali.

In the co-feature, Female Junior Lightweight contender Mikaela Mayer gets her maiden world title shot against undefeated Polish world champion Ewa Brodnicka. Brodnicka has boxed at world level for over 4 years and will comfortably be the American’s toughest test to date.

Brodnicka planned to unify her belts against Britain’s Terri Harper until Mayer was called as her mandatory. Harper now defends her title on November 14 and eyes the winner of Brodnicka-Mayer. 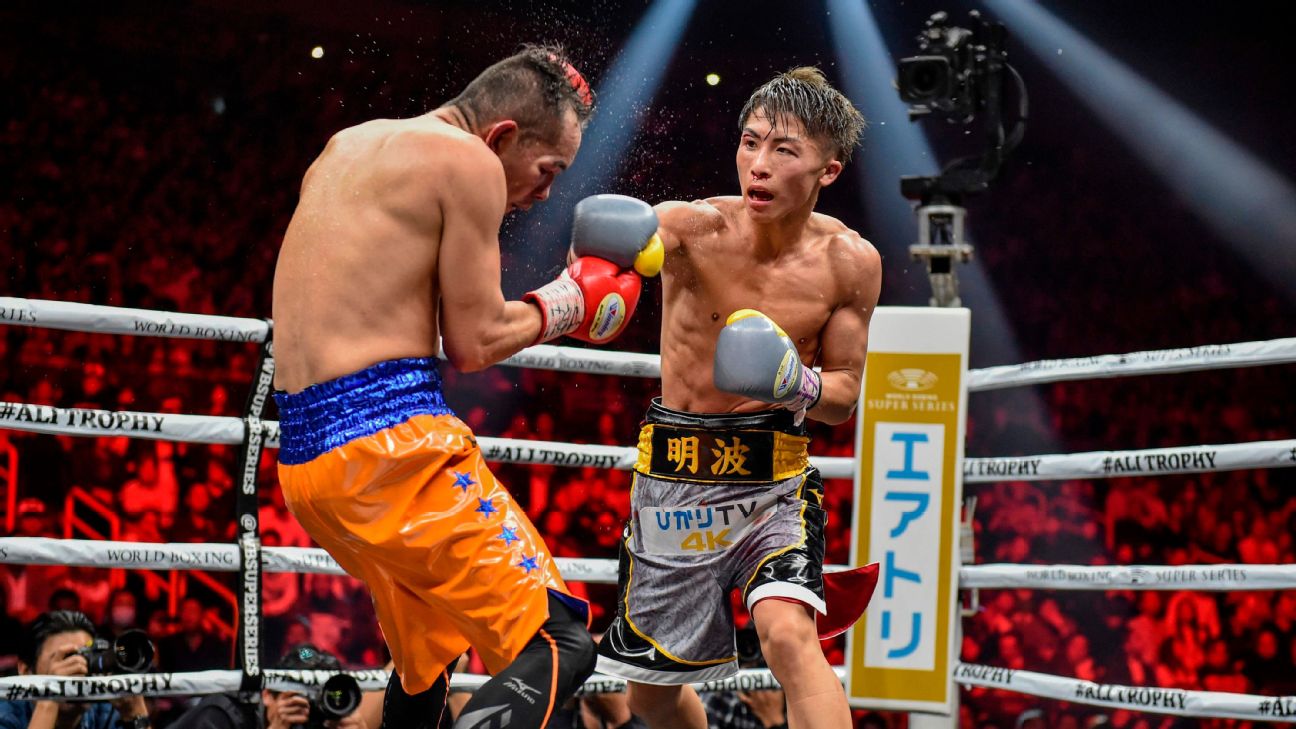 Naoya Inoue signed with Top Rank after his WBSS final win over Nonito Donaire. Inoue makes his long-awaited TR debut which was originally meant to be a unification with WBO champion Casemiro.

However, due to the pandemic, this was delayed and now Inoue and Casemiro have both opted to take stay busy fights until they can unify next year. Many consider the 3-weight champion as pound-for-pound top 5 and he is rated number #5 in my rankings.

Jason Maloney from Australia has once previously challenged for a world title unsuccessfully. This came in the form of a split-decision loss to IBF champion Emmanuel Rodriguez who Inoue Knocked out in 2 rounds last year. 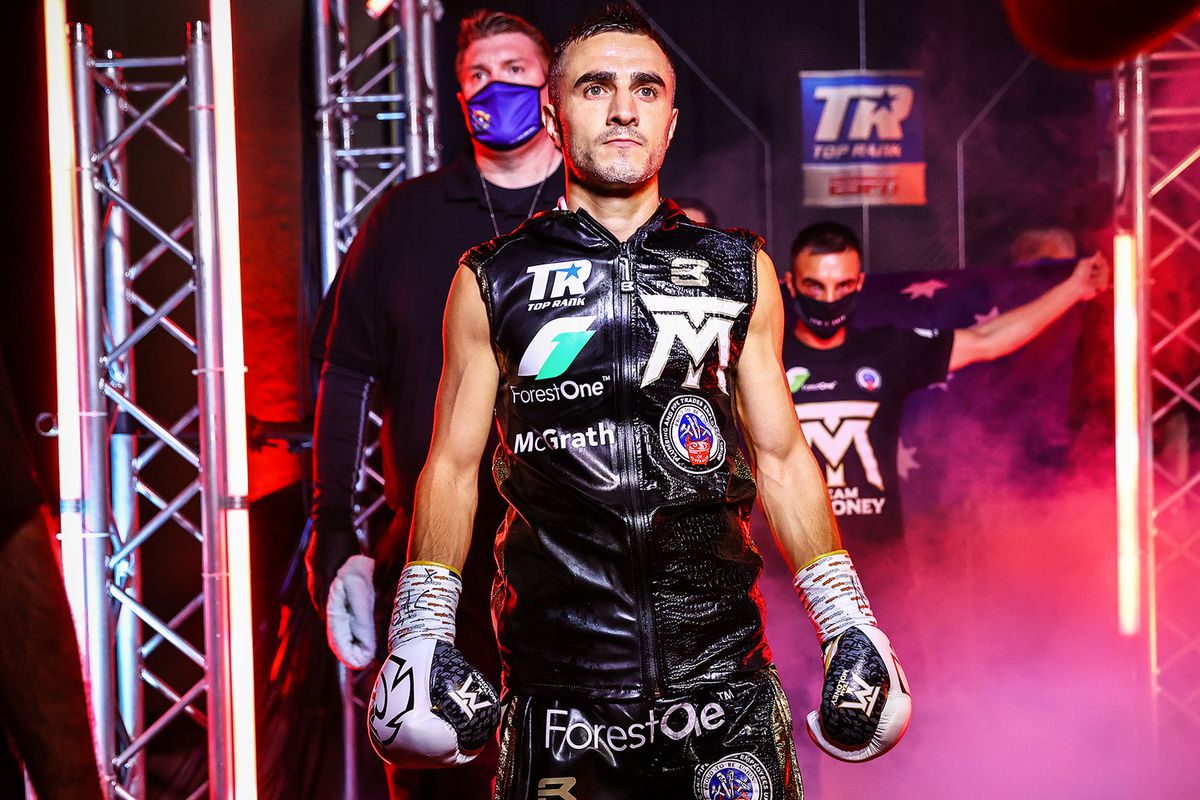 On June 25, Jason Moloney stopped Leonardo Baez in seven rounds in his debut with Top Rank. His brother Maloney also fought in the bubble and lost his world title against Joshua Franco. He will rematch Franco as co-main to Crawford Brook.

Although Maloney is not intimidated by the destructive punching power of Inoue, there is no doubt that he is a massive favourite in this contest with many analysts picking Inoue to stop Maloney within 3 rounds.

Maloney insists that he can overcome all odds and upset the P4P star following the footsteps of Teofimo Lopez who became undisputed champion in the Bubble after a shock victory over P4P king Vasyl Lomachenko. 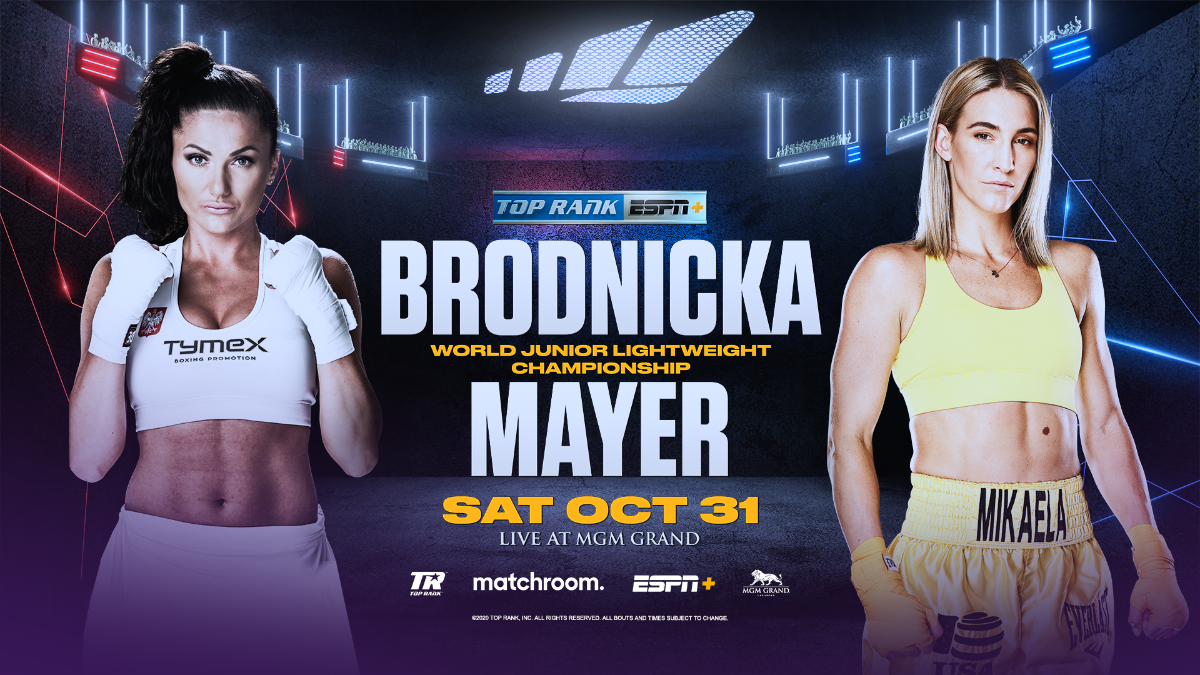 Two undefeated female fighters will go head to the head in the chief support for the WBO title. The champion Brodnicka is 19-0 having never boxed out of her native Poland and recorded 5 defences of her championship to date.

Brodnicka recently signed with Eddie Hearn’s Matchroom boxing in the hope to land a big unification against WBC Champion Britain’s Terri Harper or another recent Matchroom signing in IBF champion Maiva Hamadouche. First, she will have to get past her outspoken American mandatory.

Mayer (13-0, 5 KOs) has been very vocal about her ability and proved herself in her last fight where she comfortably outpointed and dominated former two-time featherweight world title challenger Helen Joseph in The Bubble at the MGM Grand.

She was a prolific 135-fight amateur who won Bronze at the 2012 World Championships and represented the US in the 2016 Olympics. Her impressive display at the games encouraged Top Rank to sign her into the pro ranks.

As a professional she is undefeated and the former NABF champion with two successful defences. She is 6 years younger than the champion Brodnicka who is 36 and nearing the end of her career. Mayer is a very confident character and publicised this over her interactions on Twitter.

She hopes to unify all the belts at 130 pounds and reign supreme at the weight like Claressa Shields and Katie Taylor have done over their respective weight classes.