Extended reality (XR) is an umbrella term used to categorize immersive technologies such as virtual, augmented, and mixed reality. Furthermore, the boredom of quarantine has influenced a massive hike in a video game and virtual reality (VR) sales, giving extended reality the opportunity to branch out into various economies.

Most recently, the sports industry has gotten their hands on the technology, offering modernized means for professional athletes to train. However, like Aretha Franklin sang, “Ain’t nothing like the real thing.” Is extended reality truly an effective form of training for professional sports, or is it simply an alternative option for quarantine workouts?

Sports training is important for a garden of reasons. First and foremost, training pads the player with extra protection in the event of an injury on the field. Training also bulks the body’s strength and endurance, which contributes to a healthy body.

When players are healthy, their performance (i.e. speed, visual performance) is better. Another reason training is important is that it’s enjoyable for players. Training boosts self-esteem, almost working as an enjoyable mental exercise for the trainee.

Recently, the National Football League (NFL) began offering players the option of injury-free VR training and learning. American football is among the most dangerous sports in the country, so the need to lower the risk of player injury was crucial. In 2017, Sports VTS developed the QBSIM platform: state-of-the-art VR training technology with quarterback training practices.

Another VR device the NFL uses is called Strivr. In fact, Strivr is used by over eight NFL teams, including the Arizona Cardinals and Pittsburgh Steelers. Even more interestingly, Strivr was founded by former Stanford kicker Derek Belch. Similarly, Catapult Sports VR is used by 30 NFL teams, and a few hundred collegiate teams.

Both Strivr and Catapult Sports simulations record practice footage – with specific focus on the quarterback pocket – that later transports players on the field in VR. Carson Palmer, Drew Brees, and Case Keenum have been some to praise VR training.

All-in-all, XR has grown to be immensely popular with not only the NFL, but also NASCAR, soccer, basketball, and even poker. Renowned NFL coaches have started using VR, such as Bret Bielema and Bill Belichick, and it’s gone to help athletes a great deal. Specifically, VR helps athletes understand their body’s movement on the field and keeps their momentum up. During quarantine when our movement is at an all-time low, this is especially beneficial.

Our coaches and professional athletes gambling their performance quality by relying on extended reality for training? Absolutely not. At least three NFL teams, including the Dallas Cowboys, New England Patriots, and San Francisco 49ers are currently using VR – and Auburn University, Vanderbilt University, and the University of Arkansas are following in their steps.

Extended reality allows players to practice without even stepping on the field, all while improving their performance. Check out the infographic below for more information on the future of XR sports. 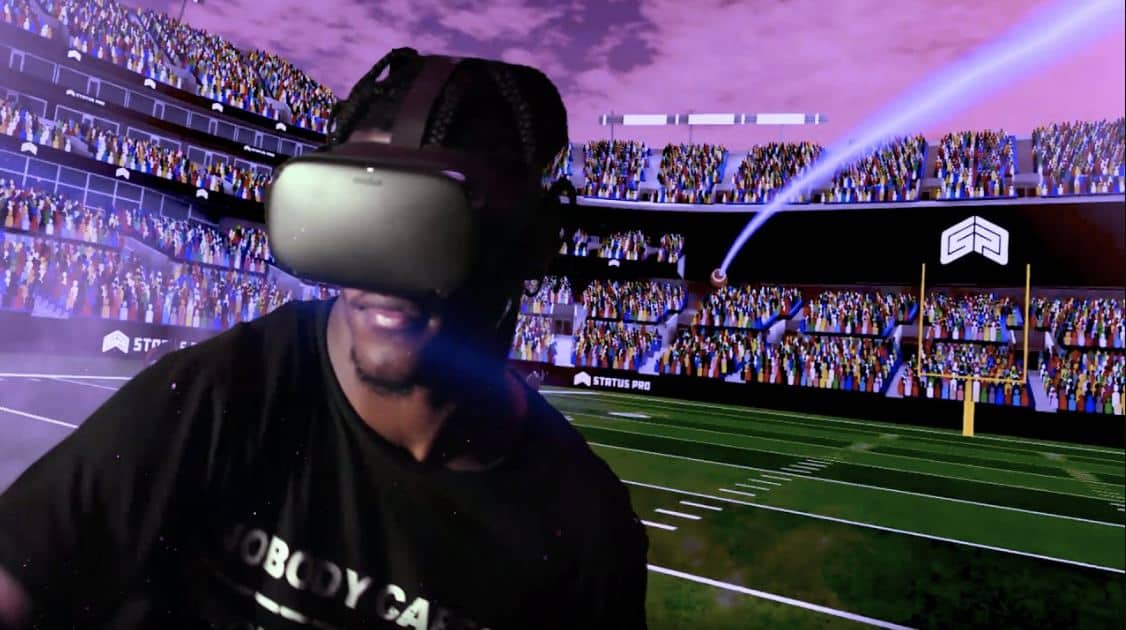