The Grand National is a race known by many as the ultimate test of a horse’s courage. In the long history of the race there has only been one horse to win “The National” three times – and that is the famous Red Rum.

The champion thoroughbred steeplechaser won the race in 1973, 1974 and 1977. Amazing enough but in the years between his ’74 and ’77 he didn’t exactly take a holiday; he achieved second place in those years (which, let’s face it, must have put a smile on the book-makers’ faces). Many thought that these unparalleled achievements would forever remain unchallenged – until now.

If you haven’t heard of Tiger Roll then you might want to ask yourself whether or not you have been hiding away on an unpopulated, wireless-less (see what I did there?) desert island. This horse has serious history already. He won the 2018 Grand National at the age of eight – ironically the same age as Red Rum when he first won it in 1974. Yet the stage was set for his victory before that time.

His most recent victory was at the Ladbrokes Ireland Boyne Hurdle in February 2019. Needless to say bookies have rushed to reduce the odds of him winning the Grand National for a second successive year from 25-1 to 12-1. Is there history in the making here? Tiger Roll certainly has form

The horse won the Cheltenham Hurdle at the Cheltenham Festival four years ago. This was just the beginning of what has become three victories at the festival. Tiger Roll also won the National Hunt Chase Challenge Cup in 2017 and the Glenfarcias Cross Country Chase in March 2018.

This was not an insignificant career debut by any means. At the time of his last win at Cheltenham, Tiger Roll has passed the finishing point first an amazing eight times. Not only that, in his 30 starts the magnificent horse had not fallen one: never, ever, ever. After his last victory at Cheltenham in March 2018 the racing world knew that it could expect great things from his horse; they did not have to wait long.

The very next month – on 12 April – Tiger Roll showed the world that he truly meant business. Right from the start he took the lead and maintained it throughout the race. There was a challenge towards the end by a horse called Pleasant Company. However, although Tiger Roll may have found the company pleasant, he found it something of a challenge too – the race ended in a breath-taking photo-finish.

Jubilation abounded that day at Aintree, not least that of Davy Russell, trainer Gordon Elliot and owner Nigel Hawke. Once the race was over, Elliot gaspingly told TV cameras: ““When you look back at his record he’s won three different types of races at the Cheltenham Festival. To come on and win a National is unbelievable. He doesn’t owe us too much now.”

So, is Tiger Roll the new Red Rum? Truly, only time will tell. If you were to place a bet on him winning the Grand National as many times as Red Rum you might get short odds. They only extend if you were to gamble on the horse winning four Grand Nationals – and you would have to wait a while to find out. Yet when all is said and done – it is a case of so far so good for this sublimely talented horse. 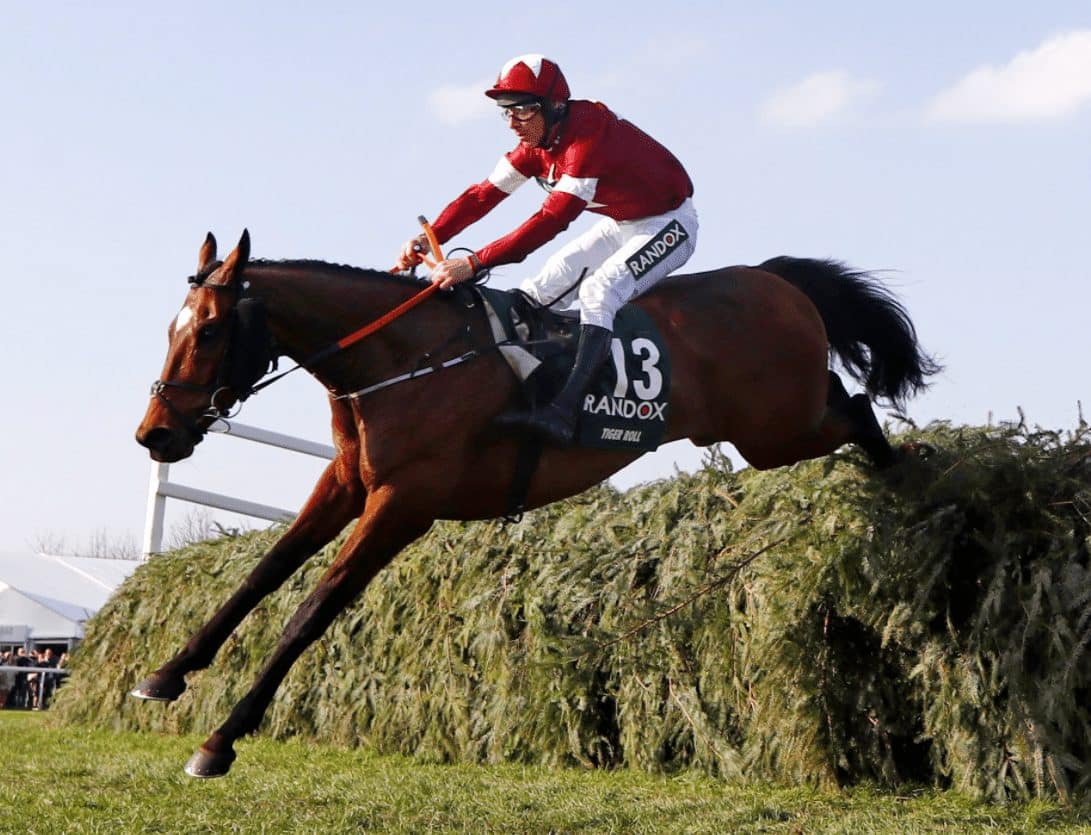