The Houston Texans dominant Defensive End J.J. Watt’s new contract deal makes him the highest paid defensive player of all time. This is only Watt’s fourth season with the Texans. However, he’s proved himself and has become the most feared DE by QB’s that must go up against him. He signed a six-year extension worth up to $100 million on September 1st.

This is good news for the struggling Texans. The good news continues with the addition of rookie Jadeveon Clowney to join alongside him on the defensive end. Clowney was the overall number one draft pick and will certainly be one to watch if he stays healthy for the entirety of his rookie season. During his second season, he broke the record for the most sacks record by a Houston Texan in a single season.

With most top NFL stories involving player suspensions, this is a positive story. Watt may be a force of nature on the field, but he’s steered clear of any negative stories. J.J. Watt’s has shown no signs of stopping. This contract shows the Texans belief in the potential that he has shown. 2013 wasn’t nearly as successful as 2012.

Despite this, the Houston Texans clearly are aware that his potential is limitless. They need a reliable player who is both equally respected and feared by his opponents. J.J. has hopefully helped pave the way for Defensive Ends to potentially earn higher salaries in the near future. It shows that with enough potential, the sky is the limit.

The thing that sets this explosive player so different from the other Defensive Ends in the game right now is that he plays all over the line. He keeps moving and keeps chasing different Offensive players. This is definitely one guy that you don’t want to take your eyes off of. 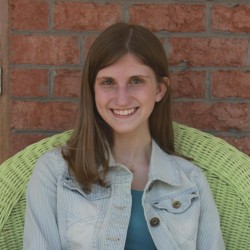 I'm a college freshman who loves sports. My favorite teams are the Cleveland Cavs, Pittsburgh Pirate...
0