In a recent interview with ESNEWS, Jake Paul expressed that he could become the next Muhammad Ali.

The Problem Child is set to face Tyron Woodley in a rematch this Saturday in Tampa who he beat via split decision back in August. Despite winning a hard fought victory, Paul is already looking past Woodley and believes his best is yet to come.

At the age of 39, Woodley is significantly older than Paul and experienced a long and successful career in the UFC, where he reigned as welterweight champion for three years.

The Chosen One’s first boxing contest was against Paul and it will be interesting to see if he continues to box, irrespective of the result on Saturday.

On the other hand, The Problem Child is still very new to professional combat fighting. After winning his first amateur boxing fight against a youtuber in Deji, Paul has gone from strength to strength and has won four professional contests in a row.

ALSO READ:  The WBC Have Ordered Tyson Fury To Fight Dillian Whye Next

Not to mention, he would have been fighting Tommy Fury this weekend if the ex-love island star didn’t pull out due to a broken rib injury. This was a bout that was seen by some in the boxing industry as a 50-50 fight and one that was financially lucrative for both men.

Indeed, it is a shame that Fury withdrew, because a win for Paul would have been impressive and cemented his status as a legitimate prospect.

Still, Paul comparing himself to one of the best fighters ever might be seen as disrespectful to the boxing public, especially as someone who has never actually beaten a fully-fledged professional boxer.

Regardless, with his outspoken personality, Paul is bringing many new viewers to the sport.

Time will tell how far Paul will go in boxing and if he will face any legitimate boxers in the future. For now he must focus on Woodley who he plans to set the record straight with once and for all.

Whether you like The Problem Child or not, it is worth tuning in this Saturday to see if he can carry on his winning streak or if he will be humbled by his first loss. 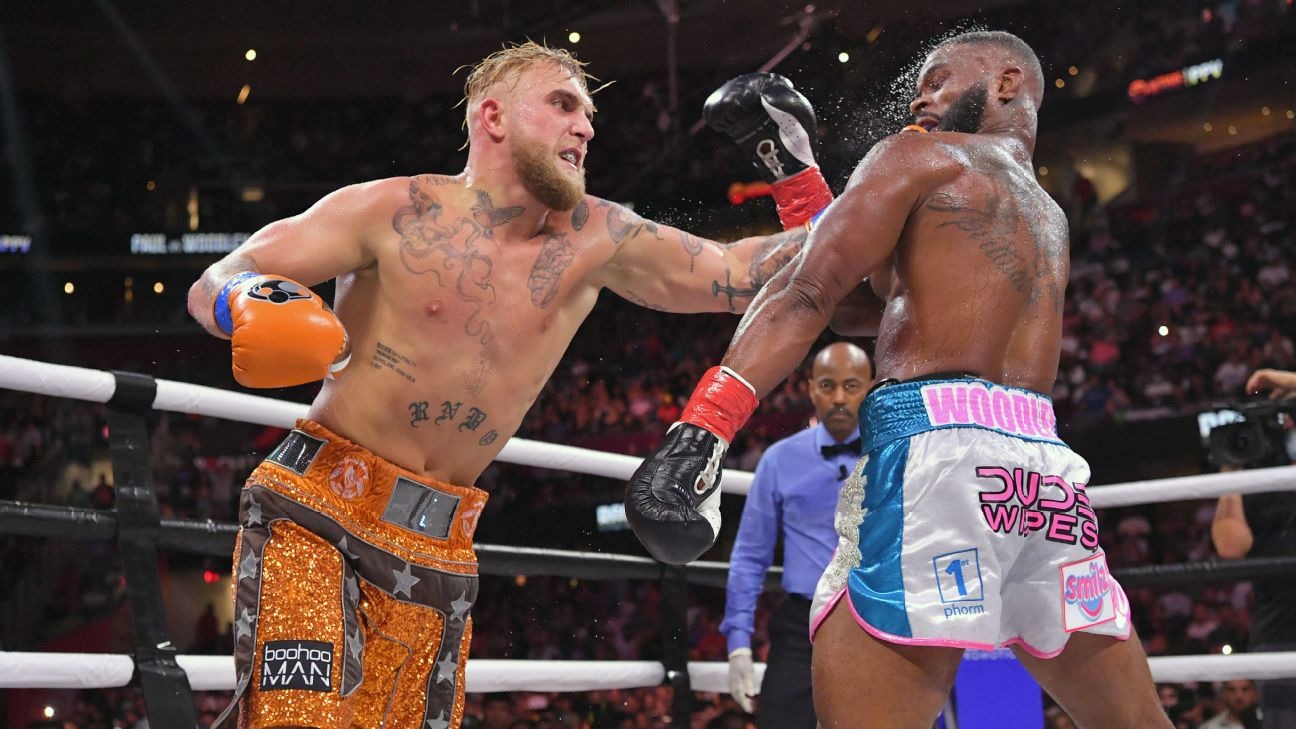