After 19 years in Italian Serie A, all with Internazionale (inter Milan), Javier Zanetti said goodbye to the fans at Giuseppe Meazza May 10, 2014 in the last home appearance of the campaign.

The Argentine, who spent his entire career in Italy at Inter debuted August 27, 1995, celebrated with his fans today as they clinched a spot in Europa League next year with a 4 – 1 victory over Lazio.

You could see in the players on the pitch today that they knew the importance of sending Zanetti off in style, but Lazio had different plans out of the gate. G. Biava scored 2 minutes in to the match to give Lazio a 1 – 0 lead but that did not last long and not 5 minutes later, fellow Brazilian R. Palacio found the net for Inter Milan and proceeded to rush to the sidelines to the awaiting arms of Javier Zanetti, who did not start the match on the field.

In the 34th Minute, M. Icardi found the net to give Inter a 2 – 1 lead and he made no hesitation to also make his way to the sidelines to give Zanetti a big hug and kiss and not 3 minutes later, off a deflection in to the box, Palacio found the back of the net and again with nothing in mind but to celebrate with his Brazilian friend, raced to Zanetti and the celebration was on!

At that moment in time, the camera showed Zanetti have a conversation with the manager and a huge roar came from the crowd as Zanetti prepared to enter the game. The Half Time whistle blew and there was no doubt who was coming in to the game.

The Captain, the veteran who had seen it all in his career, got the call in the 52nd minute to ignite the crowd once again into a massive roar heard around the Northern Italian mountains and was given a special Captain’s band to take the pitch.

In the 79th minute, Hernanes secured all 3 points for Inter Milan and the crowd never stopped celebrating.

After the match, Zanetti came to the centre of the pitch and gave all of the San Siro a special Ciao, A Tutti! Surrounded by his wife and children, Zanetti gave a heart-felt speech thanking the fans for supporting him throughout his career and helping him enjoy the moments of his time there with all the Championships, as teammates, coaches and owners alike had tears in their eyes but wide smiles on their faces as he said goodbye.

In an even stronger moment of the match, in the 81st minute a fan came out of the stands to personally thank Zanetti for what he meant to him as the security staff tackled him, Zanetti took the time to walk with the fan off the pitch and thank him himself, which only still showed the class and personality of one of the most respected players in Italy.

We may be saying goodbye to a legend in Italy, but there is little left to say about his accomplishments.

A career any player would dream of, he leaves as a champion, a professional who gave everything he had to game of football who played with a level of class that the Fans of the San Siro will absolutely never forget!

He will still be taken on as the club director within the organization after his career, so he will still have plenty of input on the team but he will now hang his boots and his head held high after an amazing career in Italian Football. 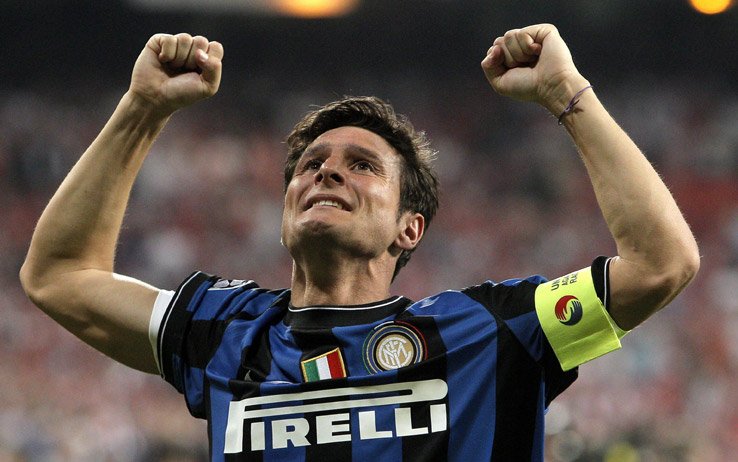