Jeff Gordon lead the final nine laps on his way to his first win of season Saturday night at the Five Hour Energy 400.

Jeff Gordon grabbed the lead after Kevin Harvick pitted under green. Gordon needed to beat out Kevin Harvick in the end for his 89th career victory.This win should lock Gordon into Chase.

This was Gordons first win since 2011 at Martinsville and became the ninth driver to have a win this season.

Harvick who started on pole dominated for a good portion of the race.

”What a huge weight lifted off this teams shoulders,”said Gordon.”Weve been leading the points but we needed to get to victory and this proved we are capable of doing it.”

Patrick had a good night finishing up in the top 10,shed stayed in top 10 for most of the night even making a charge with a hundred laps remaning passing Jimmie Johnson at lap 163 for fifth aswell as Tony Stewart and Dale Earnhardt Jr for third,but in the end was pushed back to 11th on the final restart fighting back for a seventh place finish.

Justin Allgaier and David Gilliland were involved in a big collision on lap 186 that was started by driver AJ Allmendger. It all started when Allmendinger spun out and managed to clip Allgaier,whose car ended up shooting up across the track and slamming into Gilliland,Gillilands car ended up bursting into flames.Both drivers were uninjured.

”That was the hardest hit ive had in a long time, said Gilliland. ”Tough way to end are night” 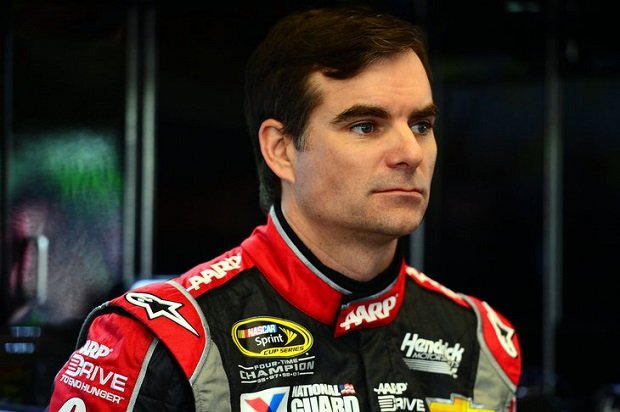