Mike Coppinger of ESPN has reported that Callum Johnson and American Champion Joe Smith Jr have agreed on terms to a WBO Light Heavyweight Title Fight at the Turning Stone Resort Casino in Verona, New York on January 15; ESPN. The fight is expected to land on Sky Sports in the U.K.

The venue is meaningful for both boxers as Smith suffered a convincing points defeat to Dmitry Bivol at that exact venue with Callum Johnson boxing on the undercard on the same night. 3 years down the line they meet for a world title.

Joe Smith Jr (27-3, 21 KOs) famously beat Bernard Hopkins towards the end of Hopkin’s career and after underwhelming performances against Sullivan Barrera and WBA Champion Dmitry Bivol, many questioned what skillset he had except his punching power.

Smith Jr then went on an incredible 3 fight run beating 3 top 10’s in a row with the latest victory, earning him the vacant WBO Light Heavyweight Title in a controversial win over Russia’s Maxim Vlasov.

ALSO READ:  Is Anthony Joshua Getting A New Trainer?

The American Champion was scheduled to make the first defence of his WBO Championship against Russian Umar Salamov but pulled out of his October 30 fight with COVID-19 and that fight has not been rescheduled yet due to Salamov’s visa issues.

It is likely Smith will have to fulfil this mandatory obligation in 2022, but in the meantime, he will defend his title against Britain’s Callum Johnson.

Who is Callum Johnson and how did he land this shot?

Johnson has previously challenged for the world title against Artur Beterbiev where he was knocked out in the 4th round, despite this, he remains the only man to date to have dropped Beterbiev in a professional fight which marks a real sign of punching power.

Since then, Johnson has been unable to land a big fight and constant and injuries have kept him very inactive over his career. After turning down a 3-fight offer with Eddie Hearn/Matchroom last year, which involved a shot at the European title and fellow British 175-Pounder star prospect Joshua Buatsi, Johnson WBO #8 aligned himself with Frank Warren’s Queensberry promotions earlier this year.

Since then he has boxed twice on the BT Sport platform looking sub-par in both performances. In his BT Sport debut, Callum Johnson was rocked with a heavy shot in the opening round and in his latest fight he won a very controversial decision. Both against unknown entities.

As a result, it does come as a huge surprise that Callum Johnson has managed to land a world title shot against the weakest champion of the three in a voluntary defence and can only speak volumes of Frank Warren’s promotional ability and relationship with fellow promoters.

Where does the Joe Smith Jr – Callum Johnson winner go next?

Joe Smith Jr is a huge favourite in this fight due to the inactivity of Johnson and his lack of high-level opposition as well as his recent performances. The chance most people give Callum Johnson is a punchers chance at best and many are predicting an early stoppage.

ESPN has also reported that Smith plans to fight former Middleweight Champion Daniel Jacobs in 2022 as the second fight of a deal he has done. Jacobs has not fought since November 2020 and has not looked impressive since his Canelo PTS defeat in May 2019.

In addition to this, the WBO Mandatory (Umar Salamov) might still need to be fulfilled. Lyndon Arthur takes on Anthony Yarde in a rematch on Dec 4 with the winner being WBO #1 which could mark another fight for Smith as well as the obvious unification with TR Light Heavyweight Sensation Artur Beterbiev. 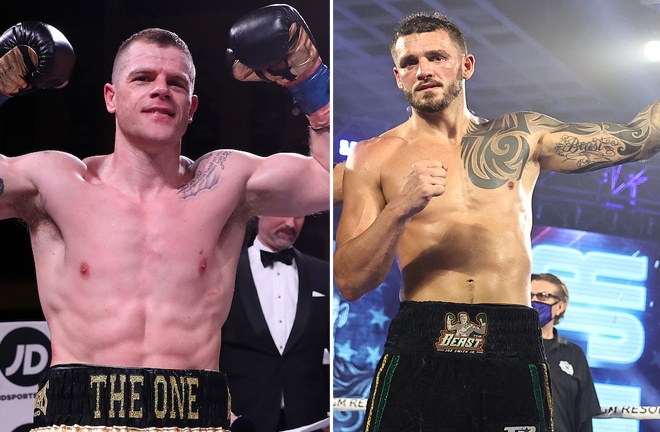