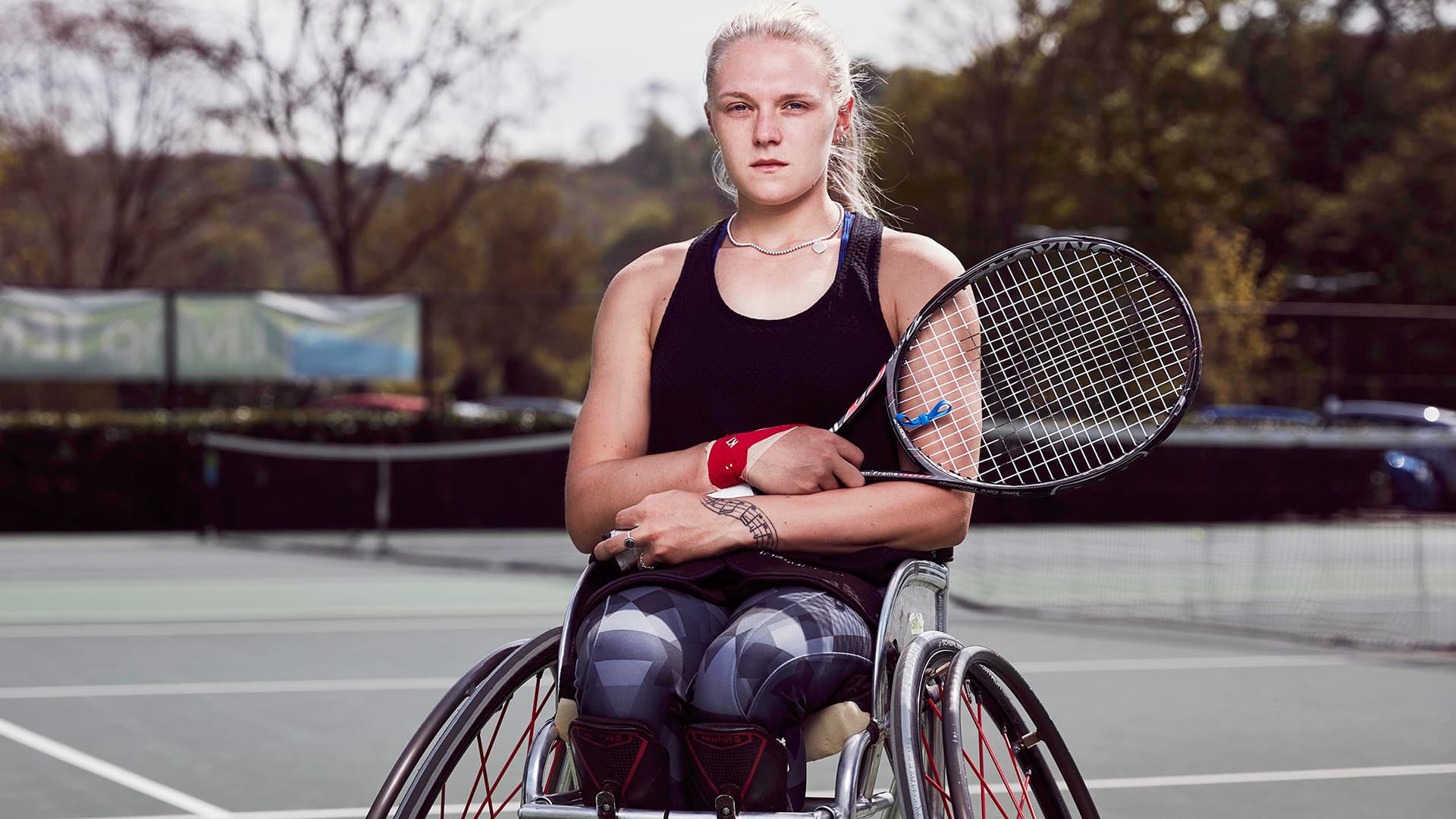 You may not have heard of Jordanne Whiley. Despite being born with brittle bone disease she has overcome this obstacle – and others – to become a tennis champion.  Here she reminisces about her time at school – the bullying that she endured until she was twelve when she went to her first tennis camp.

It didn’t take her long to get to grips with the sport and by the time she was 14 she had claimed her fist senior main draw title, winning the singles and doubles at the Cardiff Wheelchair Tennis tournament.

Her list of achievements looks like it is set to go on and on – this year alone she has achieved the Grand Slam by winning the wheelchair doubles at the Australian Open (beating the Dutch pair Marjolein Buis and Jiske Griffioen), the French Open, Wimbledon and the US Open (overcoming Griffioen and Aniek van Koot in all three finals).

There is something of a family history – Jordanne’s father was also a Paralympian in his youth, winning a bronze medal in the 1984 Paralympics.

This documentary was directed by Zak Razvi.

This is a truly inspiring story and one which you should watch particularly if you are involved in sports and feel that things are holding you back.  Jordanne is a great example to us all in as much as she has never let that happen.

Plus, of course, there is the fact that she seems to be a really down-to-earth, pleasant young woman with real spirit – not to mention, of course, that she just happens to be one of the best tennis players on the planet at this moment in time.