Juan Mata has now completed his move from Chelsea to Manchester United, in football’s worst kept secret the Spaniard flew north on Saturday night to finalise the deal and undergo a medical which he passed.

Mata will link up with his new team-mates on Monday and manager David Moyes hopes to have the play-maker involved in Tuesday’s game against Cardiff at Old Trafford.

Juan Mata has spoken of his delight at becoming a Manchester United player, he said; “I am thrilled to be joining United. I have enjoyed some very happy years at Chelsea but the time has come for a new challenge.

“United is the perfect place for me and I am excited at the chance I have to be part of the next phase in the club’s history.

“Chelsea is a top club and I have many friends there but you cannot turn down the chance to join Manchester United. I look forward to helping the manager and the team be successful in the coming years.”

Juan Mata has signed for £37.1m, initially United had a bid of £35m knocked back. The Red Devils were holding out for a £40m offer, however, both clubs managed to agree on £37.1m.

Mata transfer has become United’s most expensive signing, beating the £30.75m fee that United paid Spurs for Dimitar Berbatov in 2008.

David Moyes has pulled off a real coup here for United, speaking of his delight at securing the services of Mata, he said; “Juan is one of the finest play-makers in the game today and it’s a real pleasure to have secured his signature.

“He’s been instrumental in Chelsea’s recent success, with a notable 28 assists and 32 goals in his last two Premier League seasons.

“I have been impressed with the excitement he has shown to be part of the new Manchester United. I know our fans have admired

Juan for some time now – he has always played well against us – and I know they will be delighted to see him in the red of United, starting on Tuesday.”

Mata stats are impressive and he will certainly improve United’s team. However, one player will not solve all of their problems. 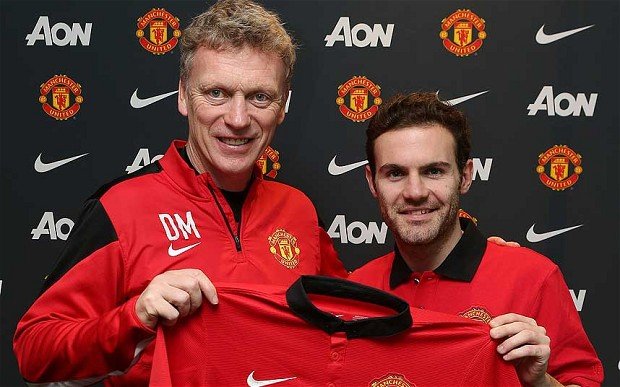