This is a history-making moment for Female Boxing as for the first time ever we see a card with only female fights as the main attraction. Female Boxing’s biggest star in Katie Taylor paved the way for women to compete on big cards. She was the first female fighter to be signed by Matchroom Boxing. 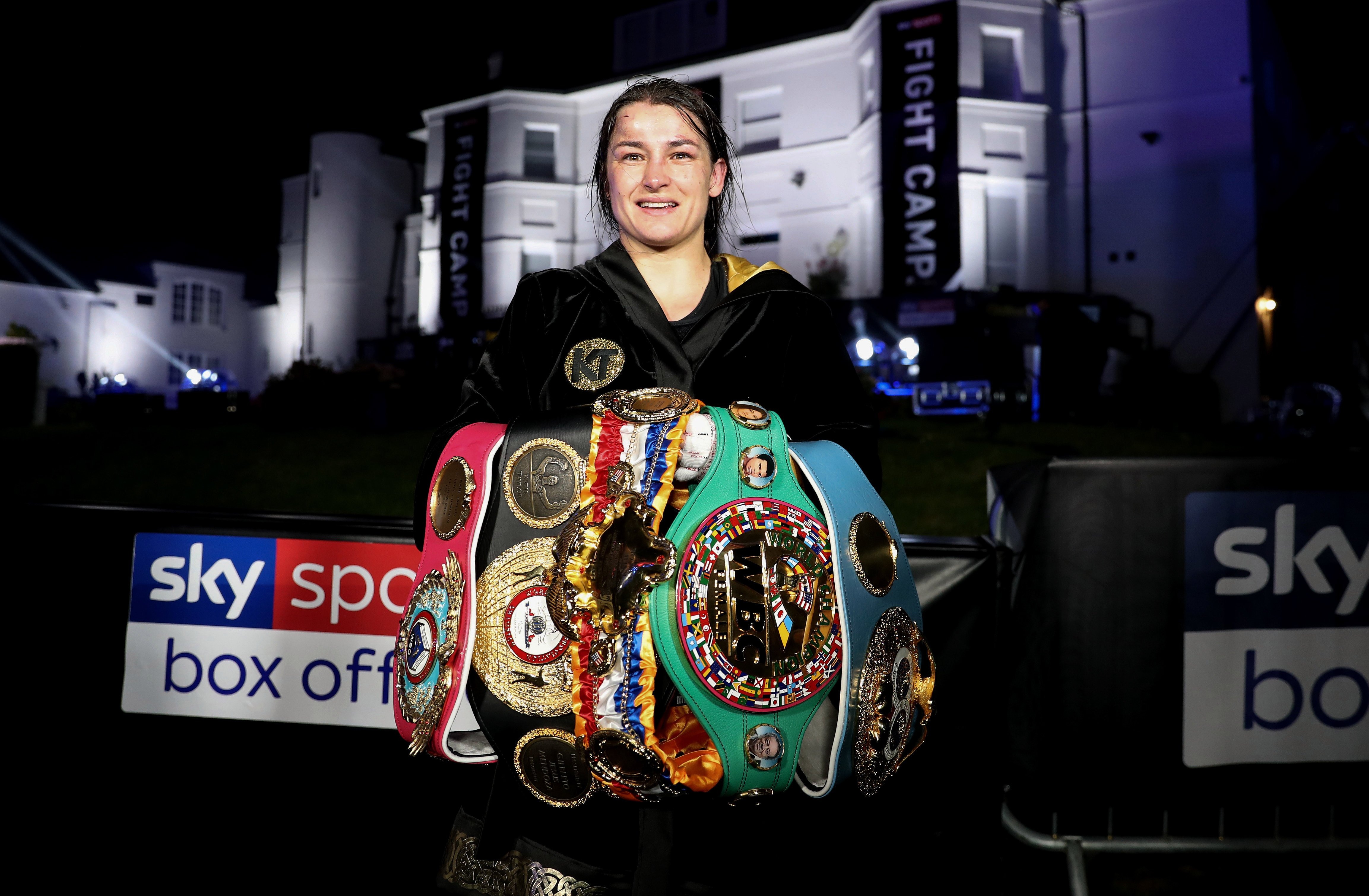 Katie Taylor defeated Delfine Persoon in her latest bout. This was a rematch of their heavily controversial first fight in New York. In the process, Taylor managed to solidify her legacy and silence the doubters with her more convincing victory over Persoon. On November 14, Katie Taylor faces a tough challenge ahead of her. This comes in the form of undefeated Spanish fighter Gutierrez. She is 13-0 and the WBA Interim and European lightweight champion. Although Taylor is a strong favourite she will have her supremacy over the lightweight division sternly tested again.

The fight which many fans want to see is one between Katie Taylor and pound-for-pound star Amanda Serrano. This fight was agreed for May 2, pre-pandemic. However, this was obviously cancelled and could never be rearranged. If Katie Taylor comes through this fight she will hope to set up a fight with Amanda Serrano. Another option for her is Chantelle Cameron who picked up the WBC Super Lightweight title on Sunday. A rematch with Undisputed Welterweight champion Jessica McCaskill is also a possibility. 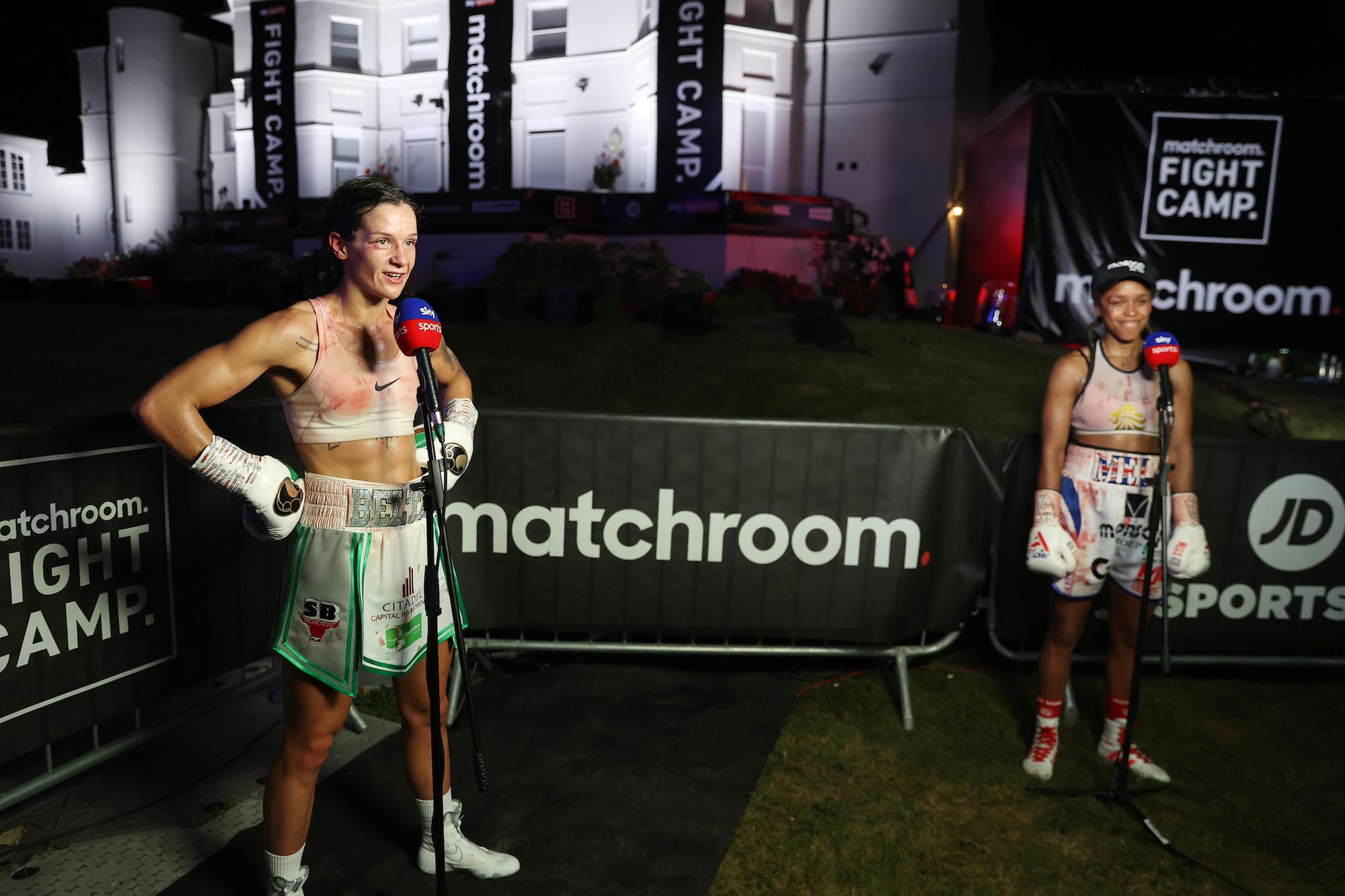 In the Co-feature, Terri Harper faces her WBC Mandatory Katharina Thanderz. Harper picked up the title on the undercard of Taylor at the Manchester arena last year against Eva Wahlstrom. Since then she has made one defence in what was the first-ever female world title fight between two British fighters against Natasha Jonas. This fight ended in a debated draw and now a rematch seems imminent for 2021. Jonas will also fight this year on a Matchroom show.

Thanderz is an undefeated 13-0 Norwegian fighter who is the interim champion and hopes to become full champion come November 14. She is represented by Sauerland Promotions and presents the biggest challenge of the young Harper’s short career. Although she has little punching power, she has a good work rate and will push the Brit in what could be a very exciting contest due to the similar styles. Social Worker Rachel Ball faces off against school teacher Ebanie Bridges for the vacant WBA Bantamweight Belt. This fight comes after Rachel Ball’s upset win off prospect Shannon Courtenay at fight Camp. Eddie Hearn has revealed that he plans to make a rematch between the two and would love for there to be a world title on the line. Ball has a single career defeat ( the only one on the card) to Katharina Thanderz in a debatable majority decision.

Ebanie Bridges is a very untested prospect from Australia. She has an avid fan following on social media, although little is known about her short boxing career. Fight fans don’t really know what to expect from this fight as we don’t really know how good these girls are. This does however prove how weak the divisions are in female boxing as a 4-0 prospect who has never fought a boxer with a winning record is challenging for a world title.

Nevertheless, it is very good to see the evolution of female boxing. This card will play a big part in increasing the popularity and interest in women’s boxing. Katie Taylor is the only female boxer in the world who is on par with some male world champions popularity and salaries although it is far from equal. Taylor looks to close in on her first seven-digit paycheck which will have a big impact on all-female fighters purses.