Belgian Kevin De Bruyne has today completed his move from Chelsea to Bundesliga side VfL Wolfsburg for an undisclosed fee.

VfL Wolfsburg has successfully signed the 22 year-old from Chelsea Football Club for an undisclosed fee believed to be around £16m. The young talent signed for Chelsea from Genk in January 2012 for a fee rumoured to be around £7m, he was then loaned back out to Genk for the remainder of the 2011/12 season.

De Bruyne’s possible departure has been talked about for a number of weeks as he has been out of favour for Chelsea manager José Mourinho, though the young Belgian insists that he has nothing bad to say about The Special One. “I got along with Mourinho quite well” he was quoted as saying. “Tactically he’s a very strong coach. In the summer he convinced me to stay, although there was a nice bid from Dortmund on the table.”

Though Kevin remained at Chelsea in the summer, he has had few opportunities and may regret not forcing through a move to German giants Borussia Dortmund. He will play in the Bundesliga however, as he has been snapped up by Wolfsburg who currently sit in 5th place in the league table, trailing leaders Bayern Munich by 14 points.

In the 2012/13 season, De Bruyne had a successful season on loan at Werder Bremen, scoring 10 goals in 32 appearances so he has an extensive knowledge of the German game. I as a Chelsea fan wish Kevin good luck in the Bundesliga for Wolfsburg and I thank him for his services to Chelsea Football Club. Farewell KDB. 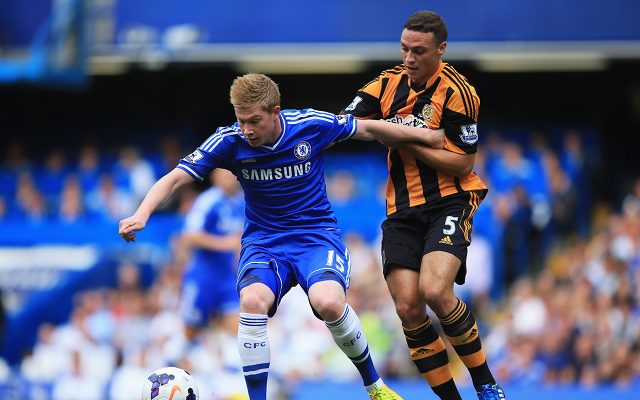