Skip to content
You are here
Home > Football > Kolo Toure: We can still win the title 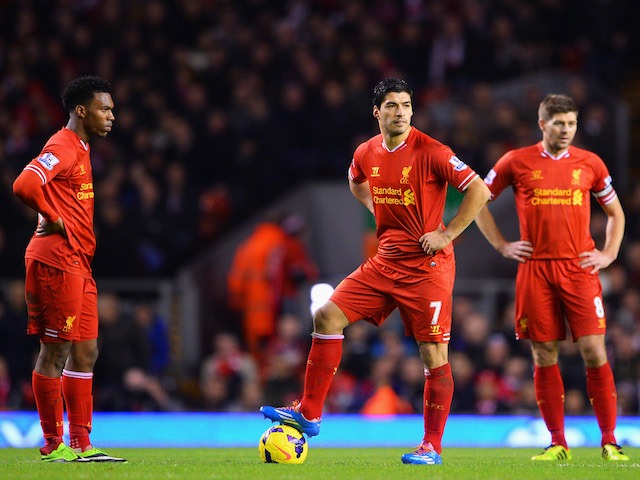 Liverpool fought back after going 2-0 down at Anfield with goals from Daniel Sturridge and Steven Gerrard; the Reds are now sitting eight points adrift from league leaders Arsenal. A win would have seen Brendan Rodgers men close the gap, becoming serious contenders.

Although Liverpool wasn’t at their best and failed to win, the defender firmly believes that other Premier League rivals with slip up towards the end of the season.

The 32-year-old thinks that Liverpool doing much better than was anticipated at the start of the season.

He is optimistic about their title chances: “We are still in that (title race) because every team can lose points,”

“For us we just need to think about the next game 100 per cent, try to win and be positive.

“What we have done so far no-one was expecting at the start of the season.

“The first half was very hard but the reaction from the team was great after going 2-0 down to a good Villa side – last year they won (3-1) here and it wasn’t easy for us.

“We got a point and that showed the character of the team. We don’t want to lose and that is very important, especially at home.

“Other teams will make errors. We just need to maintain our focus and believe in ourselves. In 16 games a lot can happen.”

has published a new post."Nunn, Heat Back in Win Column Against Spurs"
3 hours ago