On Halloween night, the LaMelo Ball and the Hornets were facing the Portland Trail Blazers and Damian Lillard. This game was the occasion for the Hornets to confirm their good season start and for the Blazers to grab a victory on the road.

LaMelo Ball had a great game last night, the last Rookie of the Year put up 27 points, 9 rebounds and 7 assists as he lead his team in scoring, as usual, he played a huge role in the victory of his team. Kelly Oubre Jr. who just signed for the Hornets as a free agent during the summer from the Golden State Warriors had his best performance as a Hornets. Oubre scored 26 points and collected 7 rebounds in 31 minutes from the bench. 13 of his 26 points were scored in the 4th quarter. Oubre was signed as a backup for Gordon Hayward and to provide energy from the bench.

”He has been fantastic. This why we brought him here. We believe in him. We believe there is a major role for him on this team and tonight was a great example.”

Entering the 4th quarter Charlotte led 89-88, that is when Oubre sparked and scored 13 points to help his team secure the victory. Miles Bridges had 19 points and a career-high 9 assists, P.J. Washington added 17 points and had a huge volume in this game. Terry Rozier also made his return after missing the last four games of his team because of a sprained ankle. He finished the game with 14 points in 33 minutes.

”It felt good being out there with my brothers. It felt like it has been a long time coming.”

As for the Trail Blazers, after a really difficult offseason due to all the rumors around their franchise player, Damian Lillard, and the introduction of their new coach, Chauncey Billups, the Blazers are off to a mediocre start. CJ McCollum had 25 points and 8 assists in the loss against the Hornets, Jusuf Nurkic added 13 points and 14 rebounds. Anfernee Simons also had a good contribution off the bench.

ALSO READ:  NBA 2021-2022: Bam Adebayo And The Heat Roll Over The Nets, Thunder Incredible Comeback From 26 To Shock The Lakers

Damian Lillard came off the victory against the Los Angeles Clippers with a season-high 25 points, Lillard had 14 points and 12 assists for Portland on Sunday night. He was 5 of 20 FG and 2 of 14 from the 3-points range. Since the beginning of the season, Lillard is averaging 18 points and 8 assists per game, and he is shooting just 34,9% from the field and 23.2% from 3 points. The point guard is having a rough start this season, the Blazers will need Lillard to be at his best if they want to have a chance to qualify for the Play-Offs this season.

Cody Zeller who played for the Charlotte Hornets for eight years before signing with the Trail Blazers, received a warm welcome from the fans at the Spectrum Center as he was introduced in the first quarter. 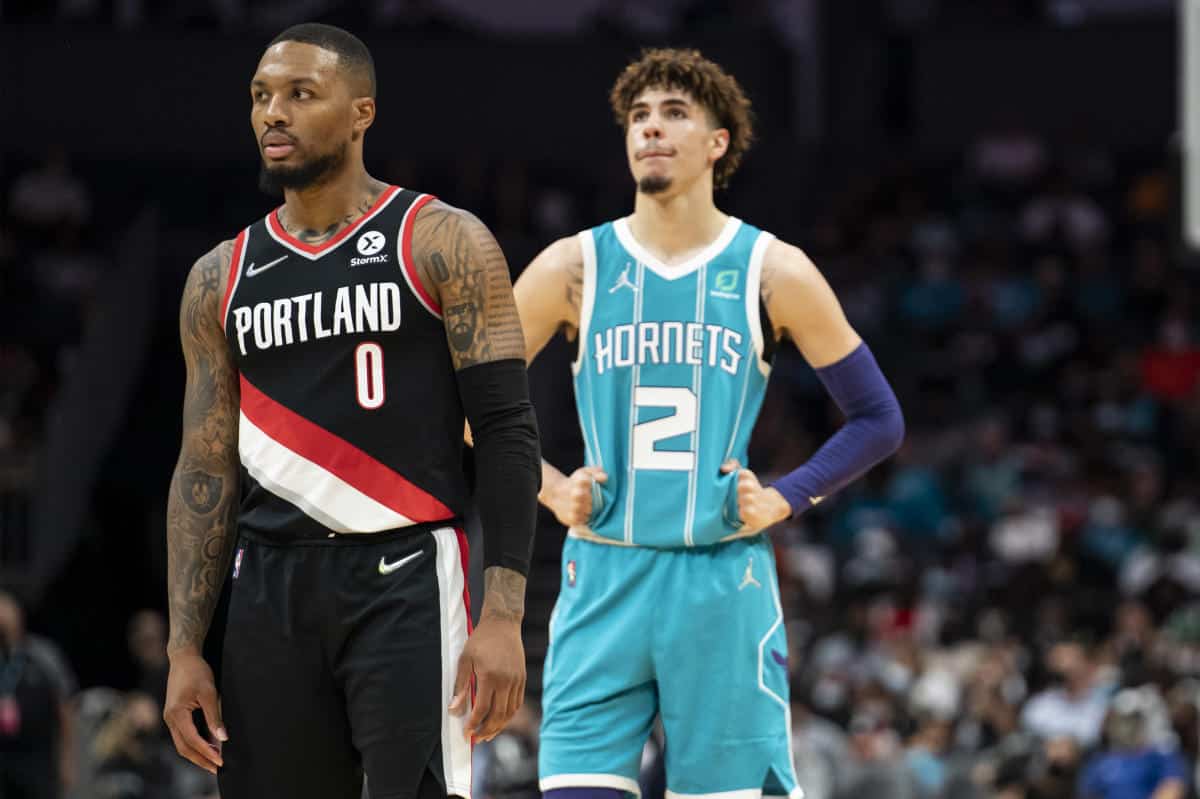