Lewis Hamilton is one of the all-time greats. If not the best to ever grace the pinnacle of Motorsport.

Following his gobsmacking victory in Brazil on Sunday, where he gained 25 places in 2 races, here are some of Hamilton’s classic pinch-me moments.

In a closely fought title battle with Ferrari’s Sebastian Vettel, Mercedes struggled with set-up issues coming into the streets of Singapore.

The car was just not suited for the narrow, tight and twisty nature of the track, whereas rivals Red Bull and Ferrari were.

Hamilton was over 0.500 tenths off of Vettel’s time in practice 3.

But that wouldn’t stop Lewis Hamilton from giving an almost perfect lap.

With almost going out in Q1 due to a bad lap, he was unable to match the times of Kimi Raikkonen and Max Verstappen, but Q3 was where he lit up.

“The most complete lap I have ever done – Like a dance” – Lewis Hamilton after Qualifying 2018.

Even he couldn’t improve on his second run and the closest anyone could have got was make Verstappen, only 3 tenths away.

In what was looking like a damage limitation weekend for Mercedes, Hamilton turned it around and eventually took the win. An important one for the championship.

In what was a young Lewis Hamilton’s second F1 season and eventual maiden championship-winning season, One of his best performances that year was his first home win.

In what was a wet-dry race, Hamilton sprung off of the line from P4 to leapfrog Kimi Raikkonen and Mark Webber, in what would be a race-winning move.

He would overtake teammate Heikki Kovalainen on lap 5 and from then on was untouchable.

Class British weather tried to stop Hamilton from his first home win but that only made him want it more.

As he lapped the entire field up to 4th and finished 68 seconds ahead of second-placed man Nick Heidfeld – the biggest winning margin in 30 years, to come home a British Grand Prix winner.

He would add a further 7 to his tally.

In what people call the turning point in the 2018 championship, Hamilton again pulled off a masterclass in the wet, in rival Vettel’s backyard.

Hamilton’s weekend would come to a sudden stop as his engine did in the second part of qualifying, meaning he would start the race in 14th place.

He started the race angry, gaining positions left right and centre, embarrassing other drivers on the grid frankly.

But then a sudden and unexpected fall of rain would come in favour of the world champion.

His title rival Vettel misjudged the turn 13 hairpin and slid off into the gravel, eliminating himself from the race.

This brought out a safety car and amazingly put Hamilton into first place. After a tough restart fight with teammate Bottas, Hamilton went on to win a wild Grand Prix.

Another one that would be important for the 2018 season.

This one is very unique.

During F1’s battle with Covid-19, The motor racing circus ended up in Turkey as a substitute race.

However, it turns out that having a fresh tarmac layout on a track may not be as good as it sounds. It was hard to drive.

With teams struggling to stay on dry tyres on track, and most notably Mercedes were a team that was struggling.

On Qualifying P6 Hamilton had a lot of work to do, as he was able to claim his 7th world title that weekend.

After a slippy getaway, Hamilton remained in 6th for most of the first part of the race after gaining 3rd on the start, then slipping off the track to go down again to 6th.

However keeping his cool, and pitting early on lap 6, he managed to stay on his second set of inters for the rest of the race (52 laps). Turning them into slicks.

Gaining and gaining more time over his rivals, and made the race-winning move overtaking race leader Sergio Perez on lap 37.

Not looking back, he then crossed the line, 30 seconds clear of second, to make history and win his 7th World Championship.

Honestly one of the best races that any driver has raced in Formula One.

Despite having 25 places worth of penalties over 2 races Hamilton was still able to overcome this and keep his world championship hopes alive.

By getting pole and starting in front for the sprint, it was seeming like a normal Lewis Hamilton weekend. But then a shock.

The Mercedes rear wing gap was not the correct size, it needs to be 85mms. This meant that Hamilton was disqualified from qualifying and had to start Saturday’s sprint race from the back.

He got off to a flyer, overtaking both Haas’ and Williams’ before turn one. He then made great moves to claw himself back up the order.

The move on Lando Norris was my personal favourite, and a move that no one was expecting, to get himself to 5th by the end.

With his 5 place engine penalty, he started 10th

After the first lap of the race, he was up to 7th and after a safety car was out to clear up debris from Yuki Tsnodas car he was up to 3rd place.

Then after a tussle with Verstappen as well as pit stop mind games, he emerged victorious, in what seemed an impossible feat before the Sprint.

“Probably one of the best weekends, if not the best, I’ve experienced in my whole career” – Lewis Hamilton after his Brazil win 2021.

His win makes the 2021 championship even tighter with 3 rounds to go with only a 14 point difference.

With still 2 years left, and maybe more, how many great moments will we still see from Lewis? 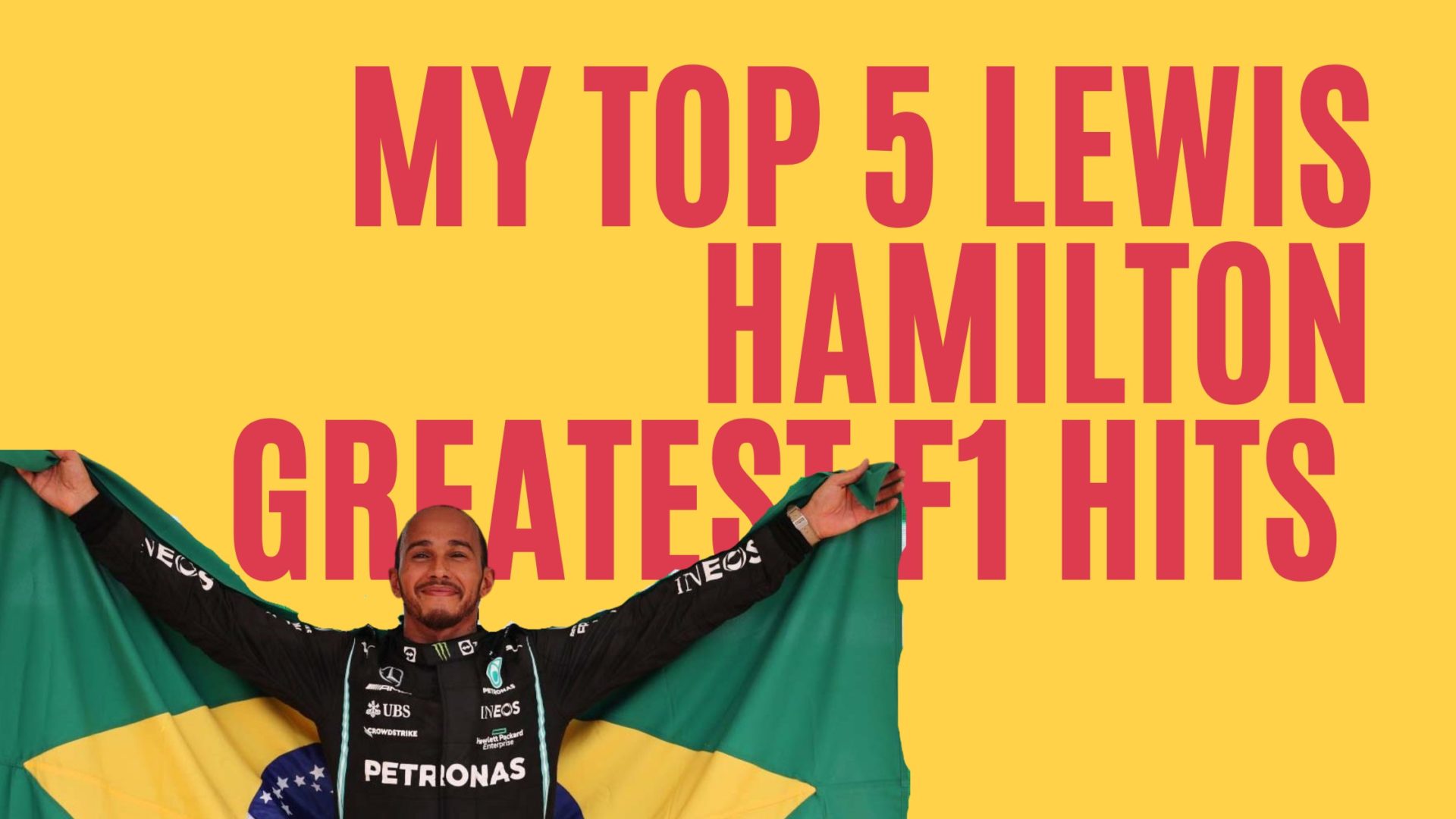