This will be Eddie Hearn and Matchroom Boxing’s first UK Show with crowds since the return of fans on May 17 and will have 10% capacity fans in Newcastle (1000 at the Utilita Arena). This is also expected to be the last show on the existing Sky Sports/Matchroom Boxing Contract. It will be televised on DAZN Globally (Except the UK).

Eddie Hearn told IFL TV about Ritson-Ponce landing on June 12 and also mentioned that Scott Fitzgerald will return on this card over 8 rounds. This card could also feature Hughie Fury who was slated to return in June potentially against Liverpool’s David Price. As well as Light Heavyweight prospect Thomas Whittaker Hart, Heavyweight Martin Bakole and more.

The IBF has ordered a four-man tournament to determine the next mandatory challenger for WBA/IBF Champion Scotland’s Josh Taylor, who unifies with #1 Super Lightweight Jose Ramirez on May 22. Lewis Ritson battles Ponce on June 12 but before that Subriel Matias     (16-1) and Batyrzhan Jukembayev (18-0) go head to head on May 29 in another eliminator.

The Winners of those eliminators will meet in a final eliminator for the Interim World title and mandatory position, although it is very likely by then that the IBF title will be vacant due to the winner of Ramirez/Taylor vacating for bigger challenges at 147 and so the winner of Lewis Ritson-Ponce could challenge for the title next.

Lewis Ritson moved up to 140-pounds after claiming the British title at 135 and winning it outright but fell short at European level to Francisco Patera. Since moving up to 140, he has got a career-best win against Former European champion Liverpool’s Robbie Davies Jr ( in a world title eliminator in 2019.

Lewis Ritson last fought against former world champion Mexico’s Miguel Vazquez on October 17 with no crowds where he claimed a controversial split-decision win. A win here would perfectly set him up for a world title shot by the end of the year if the belt becomes vacant.

Jeremias Nicolas Ponce is relatively unknown to a British fan but has quietly built up a good record in his home country. He has claimed the Argentinean, South American and several other fringe titles over his career, but the highlight was when he beat Germany’s Rico Mueller over a majority decision to win the IBO World title. 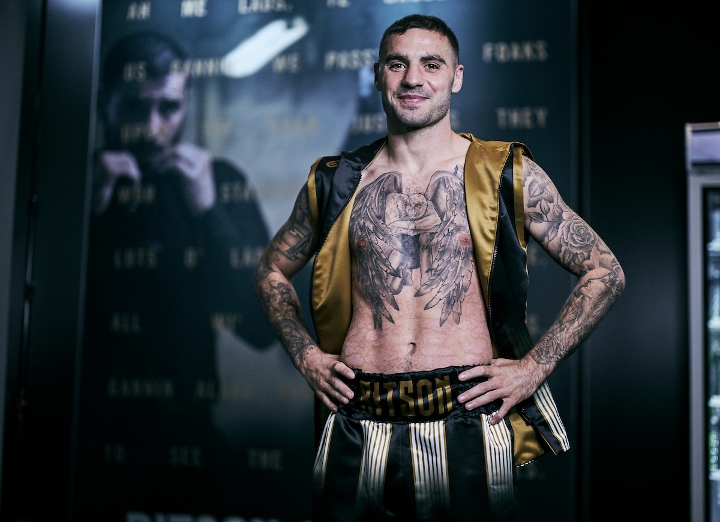