Liverpool has had an incredible season, and finishing in the top four is almost a certainty, but the current squad is not geared up for another batch of mid-week games against Europe’s best.

Here is a list of potential signings and spellings that I think Liverpool need to do in order to re-establish themselves as a world-class side.

Clear out the deadwood

Liverpool has used virtually the same starting XI for most of their games this season, due to the lack of quality in depth. Summer signing Iago Aspas has had limited chances to get in front of the two most in-form strikers in the Premier League; but when his chance has come, he has struggled to score and looks very unlikely to challenge for a starting spot.

Brendan Rodgers signed the Spaniard for around £8 million from Liga BBVA side Celta Vigo. Also, first choice left back Jose

Enrique has struggled with fitness this season, but youngster Jon Flanagan has looked a more than capable replacement, and may in fact take the Spaniards starting Premier League spot.

The 28-year-old former Newcastle man has struggled to fit in at Anfield since his arrival for £7 million in 2011 and if Liverpool want to challenge in all competitions next season; they will need quality depth in this position. I would recommend selling both of these players in order to give space for better quality as well as earning more money to spend on the squad.

Another player who has struggled to find a spot in the Liverpool team this season is young Luis Alberto, who has shown glimpses of developing into a decent player in the future after making 9 substitute appearances in the Premier League earning an assist along the way.

At only 21, he looks sure to be a future star however while chances are limited I thing the young forward should be sent out on loan to gain more first-team experience over the next season.

Add proven quality to the squad

In order to challenge in Europe’s best competition, Liverpool will need proven quality added to their squad in the following positions:

LB:- Jose Enrique is not a good fit for the Reds and Jon Flanagan is too inexperienced to play all the Champions League fixtures on top of all the Premier League games thus a quality left should be a must for Brendan Rodgers this summer. The club are already reportedly linked with Real Madrid favourite Marcelo and Barcelona’s versatile Adriano as possible additions.

CB:- Despite Liverpool’s impressive scoring record this season; there have been some critical mistakes made at the back with Martin Skrtel netting two own goals, and Kolo Toure infamously handing West Brom a point from a lazy back pass.

Managing only 10 clean sheets this season and conceding 40 goals, proves that Liverpool would benefit from a reliable and rock solid centre-back capable of playing in the Premier League and the Champions League.

The answer could be long-term target Kyriakos Papadopoulos or Bayern Munich star Jerome Boateng, either way the added competition for places could inspire life into their current defence.

DM:- Current anchor man Lucas Leiva is struggling for fitness again this season, but despite this the Brazilian has managed to put in some very decent performances. The player’s attitude and commitment is admirable and thus he should be played whenever possible.

Unfortunately though this isn’t very often due to many long term injuries that have plagued his entire career, another defensive midfielder should be a must this summer for Brendan Rodgers, and the club are already reportedly lining up bids for Romulo and Yann M’Vila who are both currently playing in the Russian League.

M’Vila has played European matches with his side Rubin Kazan and may be preferable over the Brazilian Romulo as he also struggles for fitness often. Jordan Henderson has been a stand out performer for the Red’s this season and has come on leaps and bounds after a very disappointing first season with Liverpool, and Joe Allen has also shown signs of improvement however he is still a way off matching his £15 million value.

W:- Another stand out performer this season has been Raheem Sterling who has shown ability and composure beyond his 19 years. The young Englishmen have managed 6 goals and 5 assists in his 28 appearances and are in real contention to go to the World Cup finals in Brazil this summer.

However, Sterling remains the only natural winger at Liverpool, with Phillipe Coutinho and Daniel Sturridge bother preferring central roles. Liverpool would benefit from the signature of another wide man, such as out-of favour Xherdan Shaqiri or January target Evgen Konoplyanka.

CF:- It’s hard to imagine another striker being picked ahead of either Luis Suarez or Daniel Sturridge at the moment but Liverpool could do with a bit more quality depth in the position. On-loan Italian forward Fabio Borini has been Sunderlands stand out best player this season and on return to the Red’s he could find himself with more playing time than in his first season after joining from Roma.

However perhaps a more top quality striker would be a better option with frustrated Manchester United forward Javier Hernandez looking to be available at the end of the season, Anfield could be the perfect destination.

Liverpool have also been linked with in-form Rodrigo from SL Benfica and Udinese’s Luis Muriel in recent months and all of these strikers could add a special something to the Liverpool line-up. 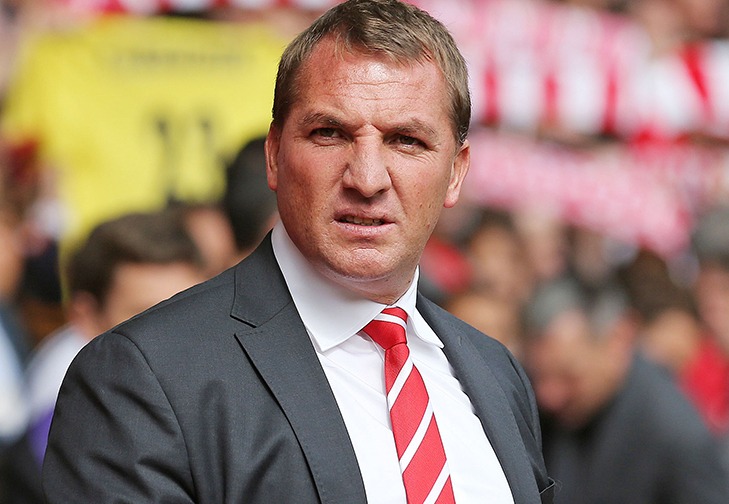