Manchester United won the International Champions Cup today, after a final between United and Liverpool, which ended 3 – 1.

The two clubs met in Miami for the final of the International Champions Cup, after topping their respective groups of the tournament. Both sides had a near-strongest lineup on the pitch as the two arch-rivals faced in the supposedly friendly tournament. It is officially a friendly tournament, but both Rodgers and Van Gaal had stated before the match that any match between Liverpool and Manchester United is no friendly affair, so both clubs were eager to bring home the trophy ahead of their rivals.

The match had a lively start, which saw United forced to make an early substitution, as Antonio Valencio humped off, replaced by Luke Shaw. Both sides had early chances, and the first goal came in the 13th minute, where Phil Jones brings down a lively Raheem Sterling in the penalty box. Steven Gerrard slots it home safely for Liverpool. A controversial call, which could have went either way, as it looked like Jones got a slight touch of the ball before bringing Sterling down.

Once again Sterling is looking a dangerous asset for Liverpool, and he has generally been a lively figure for Liverpool this pre-season tour, and he is surely looking to start an unbelievable season for the Reds. This claim is backed by newly bought Rickie Lambert, who says:

After the goal, both sides looked equal in strength, with United having a slight upperhand chasing the early lead. It was however Liverpool who came to the first real chance after the penalty, where Philippe Coutinho in the 23rd minute dribbled his way through the United defence and send a great strike towards the United goal, which De Gea saved.

Liverpool had another penalty claim in the 33rd minute, where Sterling once again was brought down in the penalty box. This time the claim was denied by the referee, which had a good view of the incident. Once again a controversial call, where definite contact was present, but perhaps not enough to demand a penalty. Liverpool fans would claim a clear penalty, whilst United fans would claim a clear dive.

Both sides once again looked likely after the penalty claim, but neither team had any huge chances. Liverpool looked the most dangerous, coming closest with efforts from Sterling and Martin Kelly, with young Coutinho playing a crucial part with his playmaking abilities and dribbling. Ashley Young looked lively for United on the right-wing, with numerous well-placed crosses, but none bringing any real danger to Mignolet.

The second half was off to a lively start, where Lambert had a huge chance at the 48th minute, after Gerrard snatched the ball from Herrera close to the United goal. Lambert missed the chance, but shortly after Liverpool were close once again, with Coutinho coming close to a goal after great play from Lambert and Sterling.

Following this goal, United looked in control of the match. A controversial incident happened at the 64th minute, where a stray ball flew past the goal bar, bounced back off the goal-net towards Rooney, who then easily scored, but the goal was since rescinded after further considerations from the referee and line ref. The match settled after this event with numerous substitutions for both sides. Jesse Lingard finished the match off in the 88th minute, with a great goal from the edge of the box. The match ended 3 – 1 to Manchester United, which saw them become winners of the International Champions Cup, and more importantly, they beat their main rivals. 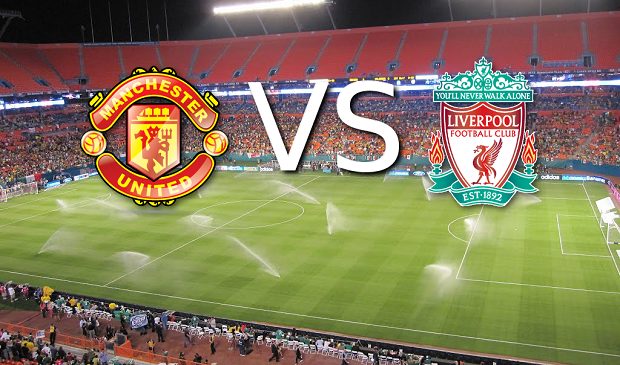