On Saturday evening Sauerland’s Wasserman boxing and Steve Wood’s VIP promotions produced a stacked card at Bolton which saw Lyndon Arthur return with a TKO victory, Welshmen Gavin Gwynne and Craig Woodruff battle it out for the British lightweight title in a close encounter and a Troy Williamson win by stoppage with a matchup now confirmed against Josh Kelly for December.

In the main event Lyndon Arthur (19-1)  made an emphatic return to the ring and was as spiteful as he said he would be in the build-up this week in response to losing to Anthony Yarde in a rematch in December last year. He faced Walter Sequeira, a tough Argentine who came with a good record of 25-9-1 with 17 knockout victories to his name.

The 35-year-old was no match for Arthur’s strength as the Mancunian was able to establish his jab from the outset against ‘El Yacare’ which means alligator in English. A fitting nickname for his snapping style with flurries of swinging hooks in an attempt to force the contest into a brawl. A composed performance in front of his friends and premier league footballers Marcus Rashford and Brandon Williams saw ‘King Arthur’ drop his man twice in the third round and a big right to the side of the head saw him down in the fourth.

A big uppercut in the sixth stumbled Sequeira back and he looked one shot away from being a victim of a brutal KO ending but for referee Darren Sarginson to jump in and save the South American.

Arthur will look to get back in contention for world title opportunities in a stacked light heavyweight division.

It took Williamson a while to land anything significant on Benitez who made it frustrating with his head movement and low shots but was ran out of juice by the sixth round when he looked over his corner and nodded for them to throw in the towel which I thought was a bit bizarre but not surprising as the Argentine had his last outing against Aaron McKenna stopped for repeatedly spitting his gumshield out and was deducted a point for a low blow.

The mouth-watering contest between the unbeaten Troy Williamson and Olympic bronze medallist Josh Kelly is pencilled in for December 2nd somewhere in the northeast. With no venue announced yet, it is hoped to be at Newcastle Motorpoint Arena and the defending champion feels they could sell it out. A domestic dust up of two different styles that has captured the publics interest straight away and will be aired LIVE and FREE on channel 5. With tickets already on sale.

Gavin Gwynne (15-2) and Craig Woodruff (12-6) battled out a majority draw over 12 rounds with scorecards of 116-113 to Gwynne and 114-114 twice. An extremely close fight where Woodruff boxed on the outside for the majority of the contest winning rounds with a terrific jab and good movement whereas defending champion Gwynne powered forward constantly and produced some clean work when his man attempted to dodge repeated shots to the head.

A nip and tuck affair which could have been given either way and Woodruff’s corner certainly felt he won the fight as there was frustration shown after the scorecards were read out and declared in post-fight interviews that they feel he won and will be asking for an immediate rematch.

The result sees Gavin Gwynne keep the title and wants to push on for a chance at boxing for European honours or facing the winner of IBO world champion Maxi Hughes vs Kid Galahad in the division which is scheduled for this Saturday in Nottingham.

Kane Gardner (14-2) will be glad he got rounds in the bank after beating late replacement Miguel Antin (20-10-1) over eight by 78-75 points refereed by John Latham. ‘Sugar Kane’ was scheduled to face Connah Walker but for him to pull out with a hand injury at the start of the week. The match-up was touted to be one of the fights of the night and there is hope that the fight will take place down the line.

James Moorcroft (17-2) beat Olaide Fijabi (16-5) by TKO in the second round of scheduled six after dropping him in the first by a left to the body and from a right uppercut prior to the stoppage.

Joe Howarth (5-0) dropped Engel Gomez (8-13-1) twice in the fourth round before stopping him in the fifth of a scheduled six.

Cory O’Regan (7-0) boxed his way to a shut-out victory over Tatenda Mangombe (1-1) over six rounds. Refereed by Darren Sarginson.

Lerrone Harrison took his record to 4-0 against the well-known journeyman on the British boxing circuit Naeem Ali (2-94-1) Harrison won every round over the scheduled four. Refereed by Darren Sarginson.

The two floater fights saw Rhys Woods (4-1) receive the first defeat early on in his pro career as he was knocked out from a right hand by Serge Ambombo (8-33-3)in the second round.

Manchesters’ unbeaten Jake James took his record to 11-0 against another well-known journeyman in Rustem Fatkhullin (8-41) the full stretch winning by 60 points to 55. Refereed by John Latham. 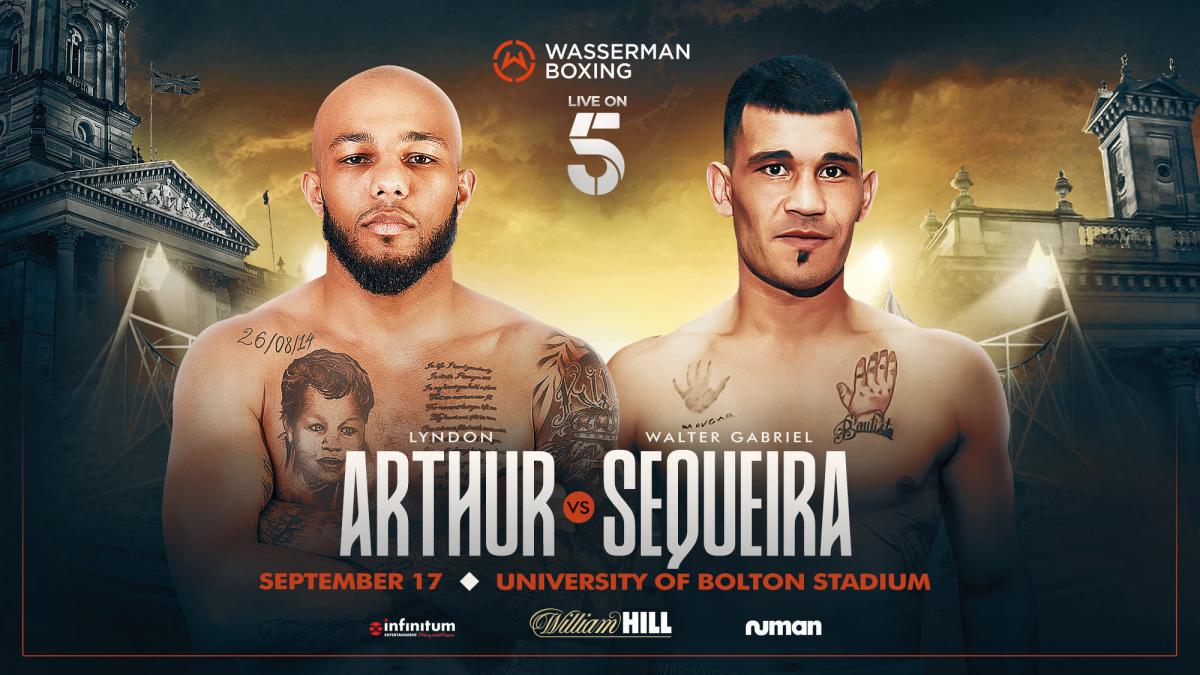