Skip to content
You are here
Home > US Sports > NBA > Magic Johnson: No Room For Racism 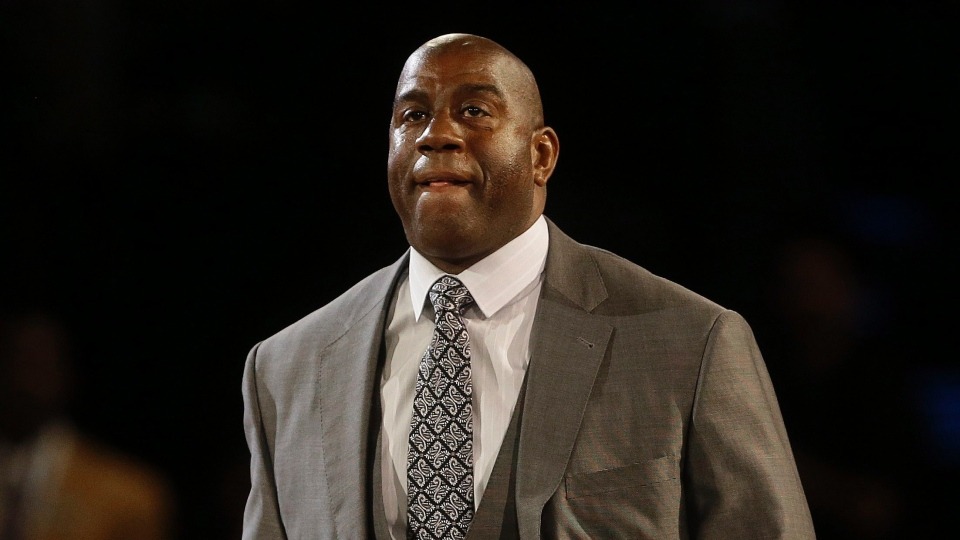 The LA Clippers has recently been in the spotlight for the wrong reasons, there has been a racism row engulfing the NBA after LA Clippers owner Donald Sterling was allegedly recorded making “offensive” and “unacceptable” remarks .

Sterling is being investigated over alleged racist comments he made that have sparked widespread outrage in the United States.

The National Basketball Association is set to make an announcement today about its investigation into Los Angeles Clippers owner Donald Sterling.

Two sponsors have suspended ties with the Los Angeles Clippers, amid mounting pressure on the team and basketball authorities to banish owner Donald Sterling from the sport over alleged racist comments.

An outcry led by President Barack Obama, athletes and other public figures has piled pressure on the NBA to oust Sterling from the sport. That would be a fraught and unprecedented step, since the 80-year-old tycoon cannot be fired or compelled to sell the team.

One of the games most famous players, NBA Hall of Fame player Magic Johnson has called for the LA Clippers to be taken away from Donald Sterling.

81-year-old Sterling allegedly told his girlfriend not to invite black people to games, sponsors have been dropping their support and Johnson has called for tough sanctions.

In a show of solidarity, LeBron James and the Miami Heat team replicated the Clippers protest in their victory over the Charlotte Bobcats on Monday night and now NBA legend Johnson has weighed in on the controversy.

“He has to lose the team, hopefully,” he said.

“But if that doesn’t happen, the commissioner and his partners have to decide on it because he’s a man in a powerful position and a man who should be embracing minorities, not discriminating against them.

“It has no room in our society, or in sports.”

NBA commissioner Adam Silver is set to make an announcement about the investigation into Sterling today and Johnson reiterated his disappointment at the situation.

“It was a sad day for all owners, for all sports teams, but especially in the NBA,” he added.

“Hopefully our commissioner Silver will act quickly to resolve the situation.”

The Clippers are scheduled to face Golden State once more on Thursday and Warriors coach Mark Jackson believes fans from both camps should boycott the fixture.

“If I’m a Warriors fan I wouldn’t show up to the game,” he said.

“I’m not here saying Clipper fans, that’s not what I said. Fans, I would not show up.”

One thought on “Magic Johnson: No Room For Racism”