Manchester United needs to have a massive makeover if they want to contend in the Premier League next season. If you saw the match against Sunderland, Man U should have lost 3-0 thanks to the goalpost. United’s roster especially their midfield doesn’t match the talent of the elite teams such as a Madrid, Barcelona, Bayern Munich, Chelsea, and Liverpool.

United first needs to fix its’ backline. With Ferdinand, Evra, and Vidic expected to leave this summer, Manchester United has several big decisions to make. Mat Hummels, Leighton Baines, and Luke Shaw have been rumored to be potential replacements.

Luke Shaw would be great addition to United giving a solid left back for the 15 years. Also, if Manchester United are looking to strengthen their backline, they ought to look at Thiago Silva, Fabio Coentrao, and Saed Kolasinic.

The midfield for Manchester United is well below the likes of Chelsea, Arsenal, Liverpool and Manchester City.

Juan Mata was a good start but if United wants to contend for a league title next season, Manchester United will need a few upgrades.

Cesc Fabregas fits the bill but most likely he is not leaving home in Barca so I think Marco Reus, Kevin Strootman, Mario Goetze and Javi Martinez would be ideal fits in the midfield.

Lastly the coach. If they cannot get Pep Guardiola, Louis Van Gaal would be a great leader for United.

This summer, the Red Devils have a lot of work to do. 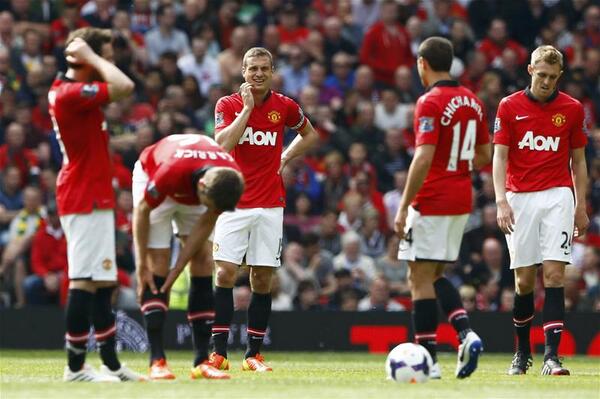