Manchester United vice-chairman Ed Woodward has given Louis van Gaal the go-ahead to continue spending big money in the run-up to the new season.

The Red Devils have already spent £56 million on the signings of Ander Herrera from Athletic Bilbao and Luke Shaw from Southampton. There are already rumours that van Gaal would like to bring in German star Mats Hummels, but Borussia Dortmund manager Jurgen Klopp has ruled out selling Marco Reus and Hummels.

However, reports yesterday have said that the deal may not be completely dead in the water. With van Gaal allowed to spend big, Hummels may be on the way if Manchester United can agree a high enough fee with the German club.

The defender would be a fantastic addition to the Manchester club. They are in dire need of some defensive options after the departure of Rio Ferdinand and Nemanja Vidic earlier in the Summer.

With a defensive record as solid as Hummels’, van Gaal would be lucky to have him in the team. Not only did he have a fantastic World Cup campaign defensively, he bagged a couple of goals.

United are also linked with Chilean star Arturo Vidal. This saga has been going on for most of the Summer, but things are getting closer after Juventus director Pavel Nedved said they would sell if they received a “high bid”.

Vidal has also claimed that he is unsure of his future in Turin and would look at a move to Manchester United.

Reports have also come out that Vidal has put his house in Turin up for sale earlier in the week. It is also reported that ex-United vice-captain Patrice Evra was looking into buying the property after his move to the Italian giants.

Doubts still remain over the Chilean’s fitness levels. After having surgery last year, the player clearing wasn’t fully fit over the World Cup.

However, when he does return to his full capacity, Vidal should be a great fit into any Premier League team. With his style of tackling and his great strength on the ball, it will be difficult for defenders to get the ball from him.

Following the departure of two senior players, United could do with some experience. He would also team up with Juan Mata in midfield. That could prove a difficult challenge for even the best Premier League defences.

Van Gaal has received a free season from Manchester United. Without targets, the new manager can spend what he wants and have a year to become successful again. It could prove to be another difficult year for the reds. However, these Summer signings should make things a little easier for fans. 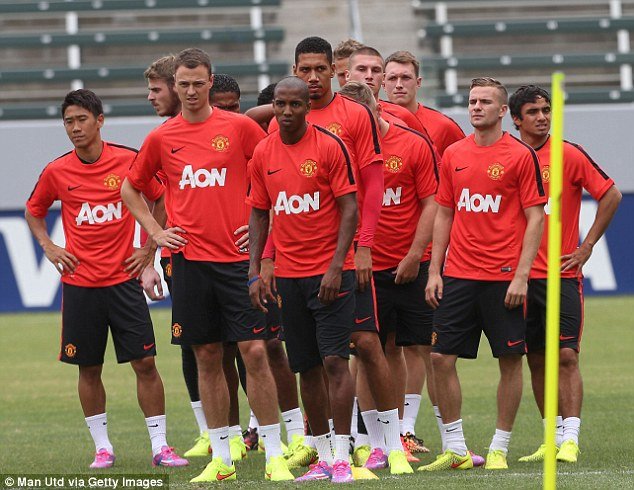