Already without Chris Smalling and Jonny Evans, they saw right back Rafael limp off in Saturdays 4-1 victory over Aston Villa.  Antonio Valencia, who may have deputised for the Brazilian, is also doubtful with a knee injury.

David Moyes is also without Robin Van Persie, still sidelined from his knee injury in the last round against Olympiacos, and Juan Mata who is cup tied.

The Spaniard has been showing signs of sparking up a relationship with Wayne Rooney of late, and having bagged his first goal for the club at the weekend his presence will be missed.

Pep Guardiolas Bayern Munich have a fresh injury concern of their own, with Thiago Alcantara partially tearing a knee ligament in their 3-3 draw at home to Hoffenheim on Saturday.  The injury is set to keep him out for about 2 months, but thankfully for Bayern they have a wealth of cover in midfield.

Bayern were able to rest a host of top stars at the weekend, having already tied up their 23rd Bundesliga title on Tuesday.  They are chasing back to back champions league titles which has never been done, and on current form they would fancy their chances of progressing against the Old Trafford side.

They squeezed through on away goals the last time the 2 sides met at this same stage 4 years ago, and are confident they can get the better of David Moyes’ men again.

United will be hoping they can catch Munich with a hangover from their title win celebrations.  Saturdays win over Aston Villa went some way to papering over the cracks at Old Trafford, but if things go wrong on Tuesday night Moyes will find himself back in the firing line. 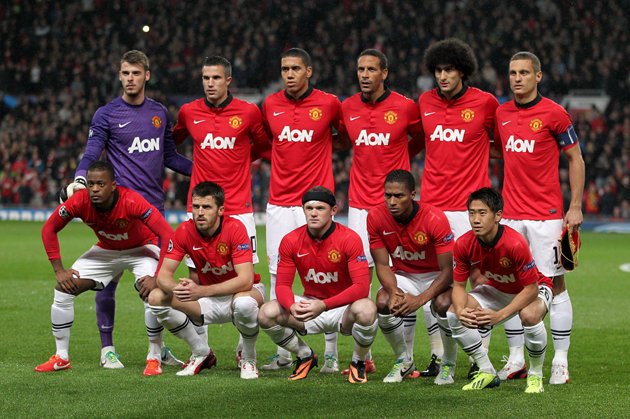