He was raised without his father, in later years his mother moved the family to Brockton, Massachusetts, following widespread riots in Newark in the summer of 1967. In Brockton, coincidentally the hometown of boxing great Rocky Marciano, Hagler dropped out of school in the 9th grade and worked construction jobs, spending his spare time “running a lot, stealing a little.”

Hagler began boxing under the tutelage of Goody and Pat Petronelli, winning 57 amateur fights before taking the 165-pound division at the 1973 Amateur Athletic Union nationals. The 19-year-old southpaw’s potential was clear from a young age; he has voted the tournament’s outstanding boxer and took his 75-inch reach and granite chin into the professional ring that same year.

His debut as a pro boxer came in 1973; Marvin Hagler became one of the most feared fighters of the 1970s and ’80s. Establishing himself early on as an intimidating opponent, Hagler gained the reputation of having one of the toughest chins in the sport. Hagler was soon intimidating opponents locally with his fierce approach and brute strength and was eager to fight outside the area. He broke out of the “B” ranks in 1976 with three fights in Philadelphia, Pennsylvania, two of which he lost (his first defeats ever).

The losses only seemed to toughen Hagler and his resolve, and perhaps make him fight even more aggressively, as he sent several ensuing fighters to the hospital, breaking the jaw of Mike Colbert and pounding Kevin Finnegan so badly that Finnegan needed 40 stitches in his face following the bout.

Marvin Hagler was a # 1 ranked middleweight boxer for many years before he could fight for the title. He would struggle to find high profile opponents willing to face him in his early years.

Joe Frazier once told Hagler, ‘You have three strikes against you, “You’re black, you’re a southpaw, and you’re good”. After his loss in Philadelphia, Hagler went on to win 20 consecutive fights before his 1979 title bout with Vito Antuofermo, which ended in a controversial draw. Hagler wouldn’t let his next shot at the title getaway, though.

Alan Minter might have had a long career as champion had his mandatory challenger not been Hagler, who took him on at Wembley Stadium. Minter was confidently expected to win by his countrymen on the strength of the form-line fought Antuofermo, but Hagler this time fought a much more controlled and calculatingly destructive fight.

Alan Minter’s face was cut so badly by the third round that the referee was forced to stop the fight. There were some ugly scenes as some of Minter’s disappointed supporters threw beer cans into the ring and hurled racial abuse at the new champion. Hagler was escorted from the ring without being crowned as champion.

He proved to be one of the outstanding champions in the division, building up a list of successful defences which threatened as the years passed to equal that of Monzon. Already 28 when he won the title, Hagler made three defences in 1981. Fulgencio Obelmejias, from San Jose, Venezuela, was his first challenger. The winner of all his 30 bouts, Obelmejias lasted only eight rounds in Boston before the referee intervened.

Vito Antuofermo, after his draw little more than 18 months previously was given another chance. Yet after his experiences with Minter, he was not of the category to worry Hagler; he was forced to retire in the fourth. Mustafa Hamsho, born in Latakia, Syria, but boxing out of New York, promised sterner opposition, having only lost only two early fights, but he, too, was stopped, in the 11th round at Rosemont, Illinois.

The newly formed International Boxing Federation recognized Hagler as its champion after this contest, and indeed there were no logical alternatives. In 1982 Hagler’s title defences lasted no more than six rounds, for Williams ‘Caveman’ Lee was stopped in the first at Atlantic City, and Fully Obelmejias, in his second attempt, was stopped in five in San Remo, Italy.

‘Marvelous’ Marvin Hagler, with his shaven head, was now regarded as one of the best champions in the world, feared by his opponents for his destructive punching with either hand and his meanness when on top. Tony Sibson, from Leicester, went to a city with another English name, Worcester, to be the first of Hagler’s three 1983 challengers, but Worcester, Massachusetts, proved inhospitable as Sibson was stopped in the sixth round and taken to hospital in a snowstorm to have 17 stitches applied to cuts around his eyes.

Roberto Duran, the old campaigner who had held titles at lightweight, welterweight and light-middleweight, gave Marvin Hagler his hardest fight yet at Caesars Palace, Las Vegas, on 10th November 1983.

Roberto Duran, fighting at middleweight in what seemed the twilight of a great career, was not expected to trouble Hagler, always a full-fledged middleweight. But Hagler seemed tentative for once in the presence of another legend of the ring and although he won clearly, he was taken the distance for the first time as champion.

Hagler was soon back to his more destructive ways. In March 1984 Juan Roldan of Argentina was stopped in the tenth at Las Vegas, and in October Mustafa Hamsho was given another chance but this time lasted only three rounds in New York.  On 15th April 1985, Hagler took on another of the big names of the 1980s, Thomas ‘Hitman’ Hearns from Detroit. It was called The Fight; later it would become known as “The War.”

Thomas Hearns had been beaten only once, by Sugar Ray Leonard when unifying the welterweight title. He had already been a welterweight and lightweight champion. Although like Roberto Duran, Hearns was not a natural middleweight, he was four years younger than Hagler, who was now nearly 31 and the boxing world looked forward to an outstanding battle. It wasn’t disappointing.

The fight took place at Caesars Palace, Las Vegas, and was three rounds of non-stop controlled savagery. Both men began at a furious pace and rocked each other with tremendous punches going toe-to-toe for the early rounds.

Thomas Hearns, a tall man for a middleweight, did not attempt to use his long reach to keep Hagler at bay but preferred to mix it from the beginning, relying on his own devastating punching power and on Hagler’s known habit of starting slowly.

However, Hagler knew that this was a contest in which he needed to be at his sharpest from the beginning and he, too, began with blazing attacks. Hagler proved the stronger, and though Hearns had his own successes, causing the ringside doctor to study the cuts around Hagler’s eye, he could not match the champion’s capacity to take punches.

In the third round, the referee stopped the bout after Thomas Hearns had been down and rose in a groggy condition.

Hagler’s 1986 opponent was John ‘The Beast’ Mugabi, who was born in Kampala, Uganda, and had learned his boxing in England. He was unbeaten in 25 fights, none of which had gone the distance, and only three of which had got beyond the fourth round.

He too, at 26, was expected to test the champion, who was approaching the veteran stage of his career and did have the better of the early exchanges in Las Vegas. The contest was fought in the pouring rain.

However, Hagler gradually got on top as Mugabi tired and he knocked out the challenger in the 11th round.

Hagler was then challenged by Sugar Ray Leonard, another former welter and light-middleweight champion. This fight was the most eagerly awaited encounter for many years, but it did not please the WBA and the IBF, who did not look kindly on Hagler’s absence from the ring for over a year.

These two bodies wanted him to fight Herol Graham of England, the leading contender and withdrew recognition from him when he opted for the big pay-day of meeting with Leonard. Leonard had retired twice. As unbeaten welterweight champion, he had retired in 1982 because of a detached retina in his eye.

He had made a one-fight comeback in 1984 and although he won he went on to retire from boxing once again. So when he eventually fought Hagler on 6th April 1987 he had not fought in public for nearly three years.

Sugar Leonard was the 3-1 underdog but surprised everybody by the dazzling display he put up. Hagler was the aggressor, but periodically Leonard would stop his running to deliver rapid combinations to Hagler, bewildering him with his hand speed.

The more pedestrian Hagler began to get telling blows home in the fifth round, however and from then on the fight resolved itself into Hagler’s continuous forward drive, getting home as many heavy blows he could. Leonard’s clever defensive work mixed with retaliatory bursts of dazzling punching.

Occasionally Leonard looked in trouble, but he always managed to find the energy to fight back and ended the fight with his speed unimpaired. Seldom has a fight and its verdict caused so much discussion and disagreement.

Many saw it as a triumph for Leonard’s superb boxing, while others saw his display as flashy and superficial with the real solid work coming from Hagler. The judges arrived at a split decision, two marking it close, one giving it to Leonard by two points, the other Hagler by the same margin, but the third judge awarded the fight to Leonard by a comfortable eight points.

So Leonard triumphed in the battle of the two outstanding fighters of the first half of the 1980s. He retired again immediately leaving the middleweight division without a champion. Hagler later said that, as the fighters embraced in the ring after the fight, Leonard said to him, “You beat me, man”. “He said I beat him,” Hagler said after the fight, “and I was so happy”. Leonard denied making the statement claiming he only told Hagler, “You’re a great champion”.

Marvin Hagler requested a rematch but Leonard chose to retire again (the third of five high profile retirements announced by Leonard), has said he would do so beforehand.  Sugar Ray Leonard vacated the middleweight championship title at his immediate post-fight press conference. Hagler himself retired from boxing in June 1988, declaring that he was “tired of waiting” for Leonard to grant him a rematch.

In 1990 Sugar Ray Leonard finally offered him a rematch which reportedly would have earned him $15m, but he declined. By then he had settled down to a new life as an actor in Italy and was now uninterested in boxing. He said, “A while ago, yeah, I wanted him so bad, but I’m over that”.

On Sunday, 13th March 2021, it was reported that Hagler passed away unexpectedly at his home in New Hampshire, USA. 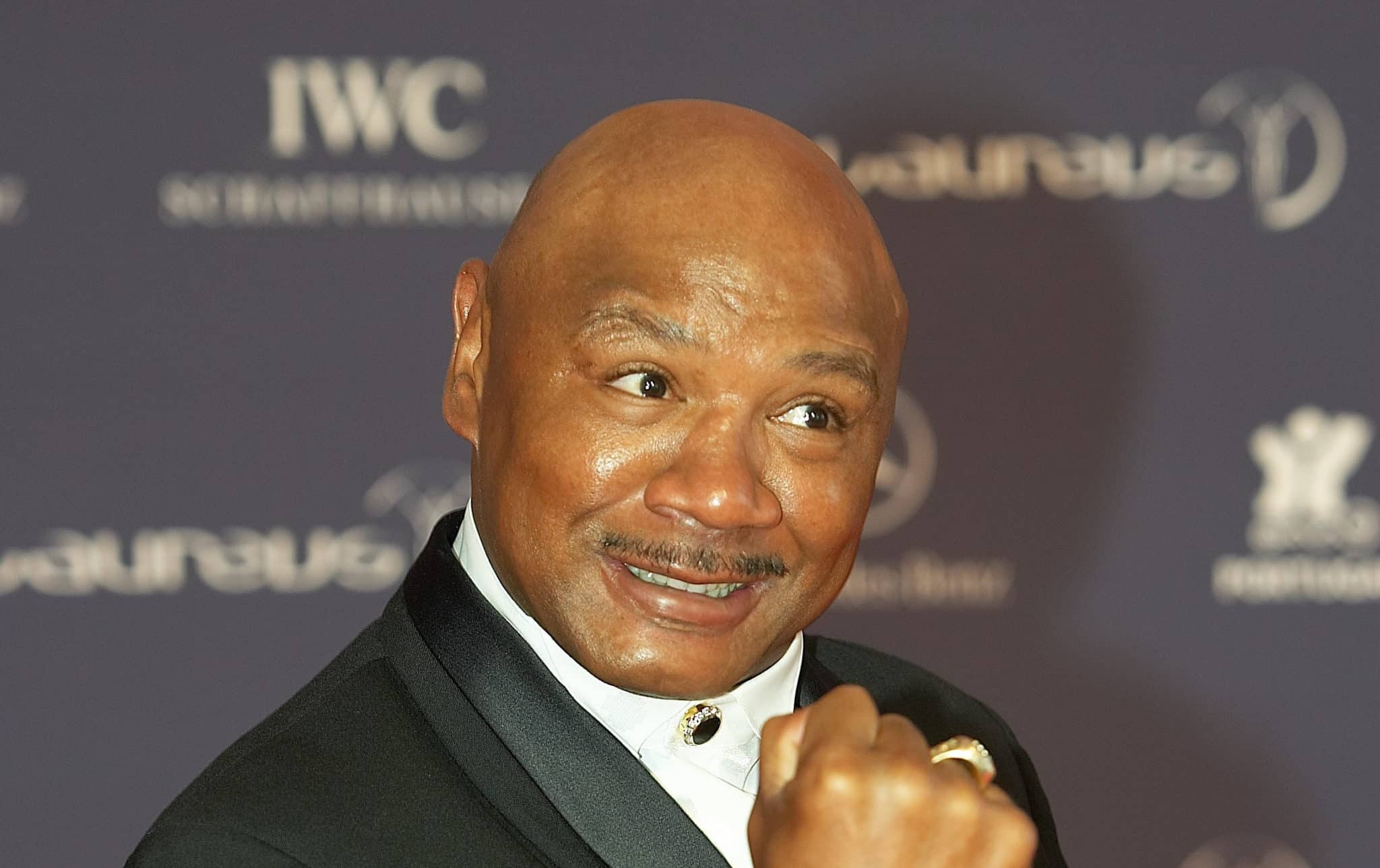