After another day of crashes in the peloton, and two in the final kilometre, Matteo Trentin came out on top narrowly beating Peter Sagan of Cannondale.

A flat day of racing saw more crashes on straight roads, with Trek Factory Racing retiring Danny van Poppel, along with Belkin’s Stef Clement and most notably BMC’s Darwin Atapuma, who would have been hoping to help one of the tour’s favourites Tejay van Garderen to the podium in Paris.

An exciting last few kilometres climaxed with the tightest of stage finishes we have seen in recent years. Matteo Trentin edged out Peter Sagan by a couple of millimetres after a photo finish was needed to separate the riders.

There is no change in the top three of the general classification standings.Vincenzo Nibali keeps the yellow jersey with team-mate Fulsgang in second place. Simon Gerrans from Australian squad Orica Green-Edge jumps up to fourth.

Tomorrow’s stage heads to the hills with two tough climbs and a summit finish all within the final 30 kilometres. 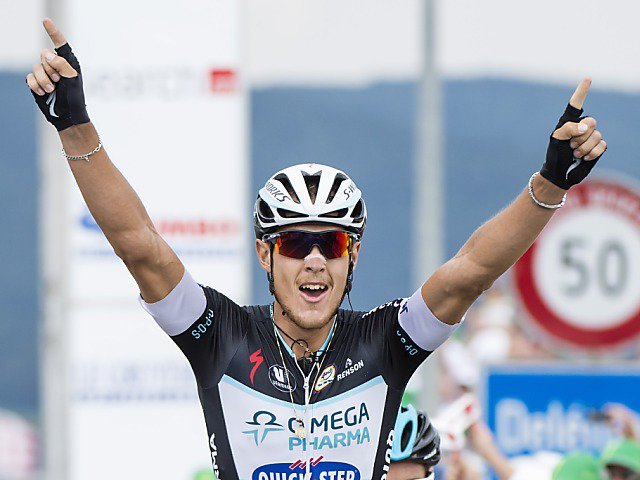