Novak Djokovic’s dream of a Calendar Grand Slam has been broken by a straight-set defeat 6-4, 6-4, 6-4 by number two seed Daniel Medvedev.

The World Number One was one victory away from making history at one of the most iconic tennis tournaments in the world. The aim was to achieve the calendar Slam, which was to win all four Slams in a single year. Only Australian Rod Laver has achieved this feat in the men’s game.

Meanwhile, his opponent, Medvedev was in his second US Open Final after he lost to Rafael Nadal in an epic five-setter in 2019.

The Russian previously beat the Serbinator in the quarter-finals of the 2019 Monte Carlo Masters.

The first set was relatively tight with Novak looking sketchy on his serve. Medvedev took advantage of this by breaking serve in the first game of the match. Djokovic was 40-15 up, but could not close out his opening service game.

Meanwhile, world number two was looking comfortable on his serve while Djokovic was battling to stay in touch. Medvedev took the opening set 6-4.

The second set was even more frustrating for Djokovic as more and more unforced errors started to come from his racket.

While at the other end, Medvedev was looking in cruise control.

Djokovic then had a chance for an early break in the second set but the umpire called a let in the middle of the point as he saw something fly across the AV system, this meant Medvedev had the first serve.

Djokovic then missed an opportunity to break when he hit a forehand volley into the net at 40-30 with the score 2-1. This is where the frustration really started to kick in.

Medvedev then broke serve at 3-2 and it was at this point that you could clearly see the momentum shifting towards the second seed.

Unforced errors started to come off Djokovic’s racket as the second set was clearly slipping out of his hand. Medvedev, still determined as ever, took it 6-4 with Djokovic putting a forehand volley wide.

After a closely fought first game, it was the Russian who got the early break. On the other hand, it was the Serbinator who was about to see his Calendar Grandslam dream evaporate.

This was proven to be true as he pulled a relatively easy forehand volley wide. Medvedev got the double break and was just three games away from glory.

In the changeover, the Serb received a huge round of applause from the crowds, to signify appreciation to what had been an extraordinary year for the Serb. Novak embraced it with tears.

It wasn’t until the fifth game of the third set that Djokovic managed to get a game on the board. The next game was much more competitive, but Medev managed to hold for a 5-1 lead.

When the world number one held serve at 5-2, He then put pressure on the number two seed to serve for the title. Medvedev’s nerves started to kick in as he double-faulted at the first Championship point. It was made to look worse as he gave Djokovic another opportunity to break, and he gifted it to him with a forehand into the net.

It was at this point where you started to wonder if the World Number One was going to claw his way back into this final, particularly with Medvedev squandering an opportunity to serve it out.

Djokovic asked the serve it out question when he held serve at 4-5. This time, Medvedev managed to serve it out with the top seed failing to get the return over the net at 30-40′. The Serbinator was in tears after the match ended.

During the Presentation Ceremony, the US Open champion congratulated the World Number One for an extraordinary year.

“First of all I want to say sorry for you fans and Novak because we all know what he was going for today and I just want to say what you have accomplished this year and throughout your career – I never said this to anybody but I’ll say it right now, for me you are the greatest tennis player in history.

“If there is anyone who deserves a Grand Slam title right now, it is you. Well done. There will be many more titles to come, I’m sure.”

He also praised his team for another excellent year so far on the ATP tour.

“I want to thank my team. It’s not an easy journey to win a Slam but I’m really thankful to you for helping me throughout the journey

With just over two months till the World Tour Finals in Turin, Medvedev will also have his eyes set on becoming ATP World Champion and possibly the new World Number One. Djokovic on the other hand will want to make up for that missed opportunity by keeping hold of his position as the top-ranked player by the end of the year.

How will the remainder of the season plan out? Tune into World In Sport to find out. 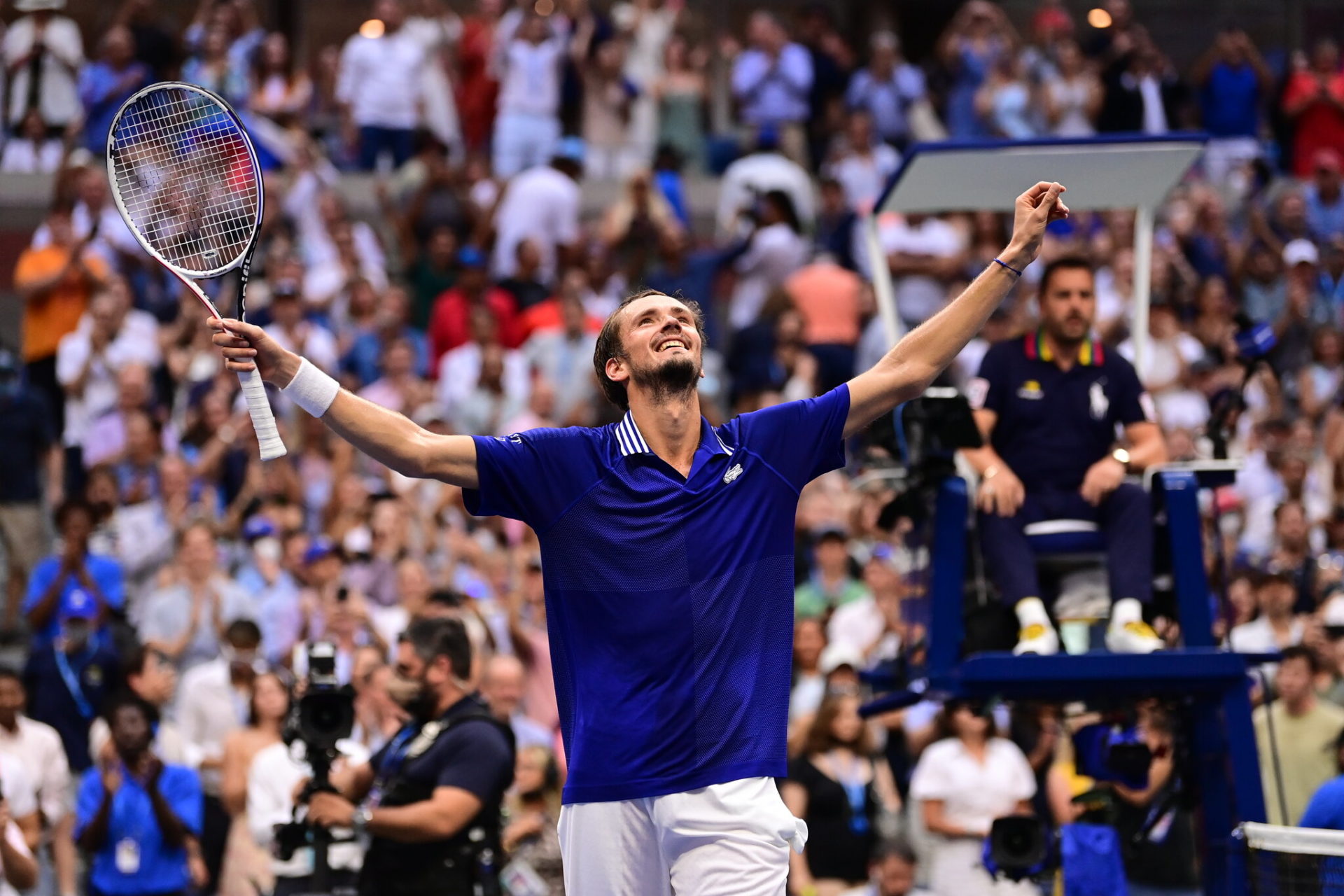