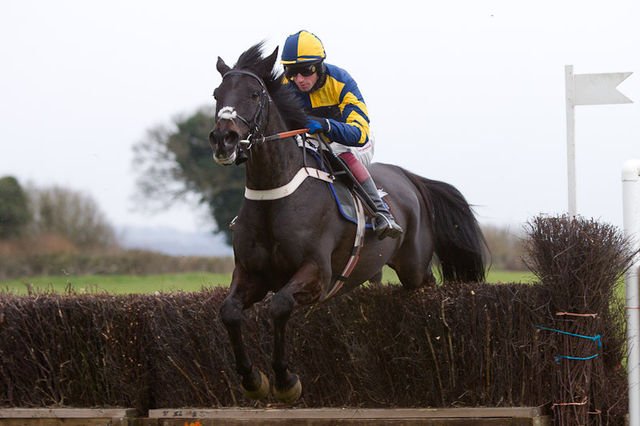 The Becher Chase at Aintree is always one of the pre-Christmas highlights on the National Hunt calendar as punters and fans of the sport get their first chance of the season to see the legendary Grand National fences in action. That was certainly the case last Saturday with a thrilling renewal of the Becher Chase and the race was once again a key trial ahead of next April’s Grand National and a familiar name emerged victorious.

Under a brilliant ride from Sam Waley-Cohen, it was Oscar Time who proved best to win the Becher Chase at the grand old age of 13.

The Nicky Henderson horse jumped and travelled with his usual enthusiasm over the National fences as he stayed on up the run in to claim a very popular win. Oscar Time has finished second and fourth in the Grand National during his career and he belied his advancing years to taste glory at his favourite track for the first time during his career.

Gold cup winning jockey, Waley-Cohen, has had his critics during his career but no one can argue with his record over the Aintree fences which is quite simply the best in the business. The amateur jock has now won over the National fences a remarkable five times during his career and that quality clearly paid off at the weekend as he navigated his way over the National fences with his usual style.

The performance of Oscar Time immediately raised hope of a big run from the horse in the Grand National in April with the Nicky Henderson horse as short as 20/1 with Ladbrokes for the world’s most famous steeplechase. It should be said though that Oscar Time is a far from certain runner in April with the race a massive ask for any horse but especially for one who will be 14 when the tapes go up meaning he is likely to be aimed elsewhere.

Oscar Time may not be heading for the National in April but we saw a very promising performance from an inexperienced chaser in behind him and he could certainly have Aintree in the spring on his agenda. Mendip Express quietly made his way into the race under a good ride from amateur Will Biddick only to find Oscar Time just too good on the run in but the Harry Fry horse lost nothing in defeat and he looks likely to have big days ahead of him.

The eight-year-old was having just his eighth ever start on a racecourse and his first start over the National fences but he looked more than at home on Saturday and although he is far from certain to run in the National, Mendip Express does look like an ideal type and potentially good value at an each-way price of 33/1.

Saint Are is a regular at Aintree for Tom George and he too ran with credit on Saturday as he continues his prep towards another tilt at the big one in the spring. The eight-year-old travelled well and stayed on nicely to pick off runners after the last fence and he managed to pick up a very creditable 3rd place under a good ride from Denis O’Regan.

Saint Are was 9th in the 2013 Grand National which was a decent run and on the basis of this run in the Becher Chase, there is every chance he could improve on that this season which ensures that he does make some each-way appeal in the National betting at around 40/1 with Skybet.

The day belonged to Oscar Time though as the 13-year-old defied his age to claim a famous victory over the National fences. The teenager showed exactly how advantageous experience can be over the famous obstacles and with that in mind it was also the know-how of Sam Waley-Cohen who once again proved himself among the best in the business when it comes to the biggest fences in the sport.

As well as a popular winner we also saw some nice runs from younger horses like Mendip Express and Saint Are who could both well end up back at Aintree in the world’s biggest steeplechase in April with a live chance with the Becher once again proving to be a cracking contest.