There is a big debate going on who is the batting great in this modern era. Whether it is Virat Kohli , Kane Williamson, Aussie captain Steve Smith or Joe Root?

Like the previous generation making their way, these young lads are also on course to being next legends in the game of cricket. More than the others, these four young batsmen have shown special skills in their brief careers.

Suggesting that they can be the batting stars for next several years to come.

All four batsmen are in the top ten in ICC rankings.  They have remarkably similar numbers. These young lads didn’t start their careers well, but now they are the back-bone of their batting line-up. Teams are over dependent on these players. They are a real luxury to have in any format.

Looking at the career stats of these players in test cricket   Smith and Root clearly lead in terms of averages, these two have a test average of 50+ in around 40 matches. Whereas Kohli and Williamson have a average of under 50, but they are not too far behind.

Smith has not been highly tested on the sub-continent pitches against the quality of spin. However, the likes of Kohli and Williamson have been very successful against spin in all conditions. Except for in England, Kohli has performed everywhere. In that England tour of 2014, the English bowlers kept bowling at Kohli’s weakness and got his wicket every time.

On the other hand Smith had a good England Ashes tour last summer.  He scored a couple of fine centuries to help them recover from precarious positions. Like Kohli, Willamson also had an ordinary series in England. All the three batsmen have hit at least one century in England

Williamson is very much above his contemporaries when it comes to scoring those big hundreds and converting them 100’s into 150’s and 200’s. His conversion rate is higher than Root, Smith and Kohli.

Kolhi and Williamson easily take the mantle as most of their centuries have come away from home. While Smith and Root have played most of their matches at their home ground.

In the ODI’s,  they all stand basically the same with all three with similar records. Although Kohli has played more matches it is obvious that he will score more runs. He enjoys a healthier average than Smith, Root and Williamson.

These players are to be watched during the  ICC World Twenty20 2016 in India. Virat Kohli is India’s leading run scorer in T20s. He is the only fourth Indian to complete 1000 runs. He has been in terrific form. He was instrumental in winning the Asia T20 cup and three match T20 series against the Aussies down under. He is the key player for India. India will reap the rewards from Kohli’s supreme form.

The other 3 players have fared well in number of matches they have played. These players are still getting into the groove by playing county cricket and KFC big bash league. Like Kohli, they are not yet established in this shorter format. They can’t be called as T20 specialists.

These young lads are good in the field. They are electrifying fielders and they are handy with the ball too. They can break a much needed partnership. They are so called part timers in the field but they will give you wicket when it is required the most.

These players have also contributed to the Indian Premier League, specially, Smith and Kohli. These two are most wanted players at their franchise.

Many legends have praised them for their all round skills. 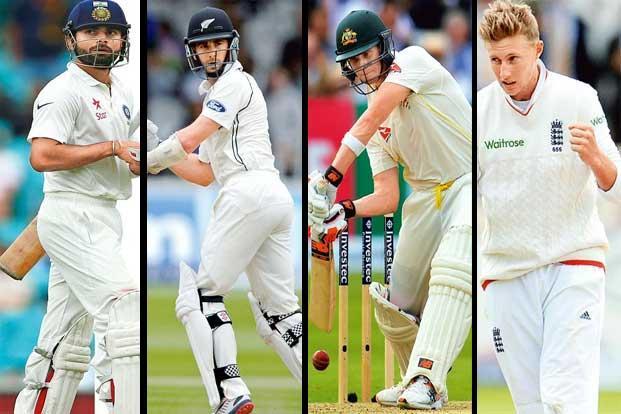