The 2022-2023 NBA Season is right around the corner and while there were many eye-opening blockbuster acquisitions during the Free Agency Market period over the summer, seeing their action on their new teams remains to be seen. In the Southeast Division, Miami may be the defending division champions, but now they face an oncoming challenge in a revamped Atlanta Hawks team and a dark horse in the Charlotte Hornets.

While Orlando and Washington may not find themselves vying for the division crown, they do have potential all-stars like Paolo Banchero, Deni Avdija, and Rui Hachimura to build around for the next few years. Here is a look at the Southeast Division and predictions for each team.

The Miami Heat were one basket away from reaching the NBA Finals and heading into the Free Agency Market, many believed that Miami would acquire a superstar like Kevin Durant or Donovan Mitchell but surprisingly stood pat. The Heat brought back many of their core players, except for PJ Tucker and Markieff Morris. In the NBA Draft, Miami used their only pick to select Nikola Jovic, whose name sounds similar to reigning MVP Nikola Jokic. The Heat may have their core ready for this upcoming season, but the glaring issue of big-man depth could be exploited, especially in a powerful Eastern Conference.

Miami has Bam Adebayo, Dewayne Dedmon, and Omer Yurtseven in their rotation for bigs, but they will need at least one, perhaps two more, to strengthen that department. Caleb Martin looks to be the starting power forward for Miami, however, there is some scepticism to believing that he can play the 4 spots, especially when you consider Jovic, who looks like he can play that position, but is listed as a small forward. Recently, reigning Sixth Man of the Year winner Tyler Herro was given a 4 year, $130 million dollar contract, which many believe money could’ve gone to finding a durable big man to bolster their roster. With Herro getting paid handsomely, many expect him to be the starting shooting guard in favor of Max Strus.

Predictions: Miami will win the Southeast Division crown once more, but it will be a challenge, mainly from Atlanta and Charlotte. Jimmy Butler and Bam Adebayo will be all-stars, and so will Herro. In the midseason trade deadline, Miami will land that much-needed power forward (Jae Crowder perhaps) to get them into serious contention down the playoffs. As far as the Eastern Conference standings are concerned, Miami could find themselves among the top five teams or as the sixth seed, given how strong the East looks now. As for their playoff run, you’ll never know what you’ll get with Miami.

As for the Magic’s roster, they have a young team that is still developing, but Banchero’s presence could help their rebuild process much faster. Cole Anthony and Markelle Fultz will provide the leadership for Orlando, and Jalen Suggs will need to stay healthy for this upcoming season. Keep an eye on the Wagner brothers (Franz and Moritz), who looks to give the Magic a boost in the frontcourt.

Predictions: Aside from Paolo Banchero winning Rookie of the Year, Orlando isn’t sniffing the postseason. They will be in the draft lottery once more, but will more than likely not get the number one draft pick. They will need one more piece, most likely a small forward, for them actually to compete and make noise.

Atlanta was eliminated in five games in the first round of the Eastern Conference playoffs, but they’ve turned adversity into a fortune during the Free Agency Market period when they acquired Dejounte Murray. Pairing Murray with Trae Young gives the Hawks a formidable backcourt, complete with added offense and much-needed defense. Along with the gain, came some loss as the Hawks saw Kevin Huerter go to the Sacramento Kings.

Expect Collins and Okongwu to improve their production. Another player to keep an eye on is De’Andre Hunter. Hunter was a highlight for the Hawks, especially during the playoffs. Hunter recorded 21.2 points per game with a free-throw percentage of .800.

Predictions: The Hawks will look to rival Miami for the Southeast Division crown, but even if they may or may not win it, they will find a way to make it to the postseason, especially in a loaded Eastern Conference. Young and Murray will be the representative all-stars, but there’s also a chance that Collins could join them. While on the subject of Collins, he could find himself winning the Most Improved Player award.

Charlotte finished with a 43-39 record, good enough for them to reach the play-in, not to mention that LaMelo Ball has been a revelation last season, becoming an all-star. While the Hornets didn’t do much during the Free Agency Market period, they did sign LiAngelo Ball to a non-guaranteed contract. Charlotte, much like Miami, kept much of its core, with the exception of Miles Bridges, who was let go due to legal troubles.

Predictions: The Hornets will be more of a middle-of-the-road team in the Southeast Division, but in the entire scope of the Eastern Conference, they’ll be fortunate to reach the play-in. LaMelo Ball will be an all-star again, but other than that, Charlotte’s season will be about building around LaMelo even more.

Washington ended last season with a 35-47 record, missing out on the postseason. Though they managed to keep Bradley Beal from leaving, the Wizards still have a young core that needs to develop. In the NBA Draft, they selected Johnny Davis from Wisconsin with the 10th pick and Yannick Nzosa from the Democratic Republic of Congo via Spain with the 54th pick.

While the Wizards won’t get to see Nzosa due to retaining his draft rights, Davis seems more than ready to compete and contribute for Washington. Kristaps Porzingis, Taj Gibson, Kyle Kuzma, and Will Barton will need to help Beal in mentoring the young core, while also being other scoring options. Expect Deni Avdija, Corey Kispert, and Rui Hachimura to continue improving, while Davis learns under Beal, considering he will need to be a scoring option off the bench for the Wizards.

Predictions: Expect more of the same from the Wizards. On some nights, they will get some wins, but they will be more on the low end of the Southeast Division, though not as bad as Orlando. Avdija and Hachimura will be the ones to watch, as they will need to improve from last season. Hachimura recorded 11.3 points and 3.8 rebounds per game, and Avdija with 8.4 points per game. Washington will be back in the draft lottery, but they won’t be contenders in the Victor Wembanyama sweepstakes. As for Beal, he will be an all-star, but in a loaded Eastern Conference brimming with stars, it seems likely that Beal could be a dark horse pick.

The Southeast Division will be highlighted by Miami and Atlanta, while Charlotte could play a spoiler to either team’s chances for the divisional crown. Orlando and Washington will look to improve from last season, but both teams will be in the draft lottery 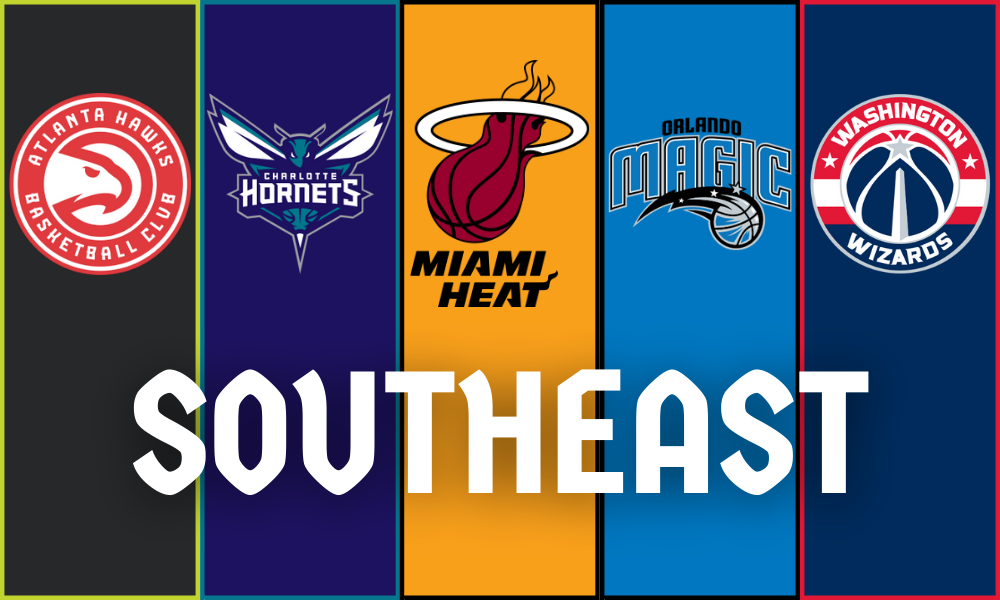