The 2020-21 NBA Season continues to heat up and with Brooklyn’s big three being the focal point of the league as of late, there are many teams that are looking to stake their claim into handing out defeats against them. There was also a trade that took place over the week between the Cleveland Cavaliers and the Houston Rockets. All this and more in this week’s edition of NBA Roundup.

The NBA observed Martin Luther King Jr. Day with nine games, including the Atlanta Hawks winning big over the Minnesota Timberwolves in a 108-97 contest. Trae Young recorded 20 points and 13 assists, while Clint Capela made 23 points and 15 rebounds for the Hawks. D’Angelo Russell made 31 points for the Wolves. In a close and exciting game, the aforementioned Nets scraped out a 125-123 victory over the Milwaukee Bucks. James Harden led the way with 34 points and 12 assists, followed by a 30 point performance from Kevin Durant and a 12 point-12 rebound showing from DeAndre Jordan.

Meanwhile, for the Bucks, Giannis Antetokounmpo made 34 points and 12 rebounds, while Khris Middleton and Jrue Holiday had 25 and 22 points respectively. Brook Lopez made 15 points. The Miami Heat came away with a 113-107 win over the Detroit Pistons, in which Bam Adebayo had 28 points and 11 rebounds, plus Goran Dragic had 22 points for Miami. Jerami Grant had 27 points for the Pistons, followed by Wayne Ellington with 24 points. The Chicago Bulls triumphed over the Houston Rockets 125 to 120 with Zach LaVine making 33 points. The Golden State Warriors prevailed over the Los Angeles Lakers 115 to 113 with Stephen Curry making 26 points for the Dubs, while LeBron James made 19 points for the Lakers, followed by Anthony Davis’ 17 point-17 rebound performance, Kyle Kuzma’s 15 point-10 rebound game, and Dennis Schroder with 25 points.

Wednesday night saw a surprise upset as the Cleveland Cavaliers shocked the Brooklyn Nets in a double-overtime win. Collin Sexton guided the Cavs to victory with a 42 point performance, followed by former Brooklyn Net Jarrett Allen with a 12 point-11 rebound game. For the Nets, James Harden went all out with 21 points, 10 rebounds, and 12 assists, followed by Kevin Durant’s 38 point-12 rebound performance, and Kyrie Irving’s 37 point game. In a battle in the Sunshine State, the Miami Heat defeated their new state rivals in the Toronto Raptors at Amalie Arena in Tampa Bay. Kendrick Nunn, who had been stagnant since the start of the season, found his footing with a 28 point performance, followed by Adebayo’s 14 point-13 rebound game.

Fred VanVleet led the way for the Raptors with 24 points. The Orlando Magic pulled out a 97-96 win over the Minnesota Timberwolves, in which Nikola Vucevic made 28 points, followed by 24 points from Evan Fournier. D’Angelo Russell made 19 points for the Wolves. The Phoenix Suns were victorious against the Houston Rockets in a 109-103 contest that saw Devin Booker with 24 points and DeAndre Ayton with a 26 point-17 rebound game. Victor Oladipo had 22 points for the Rockets, while Christian Wood continues to improve his game with a 20 point-11 rebound performance. In a battle in the Golden State, the Los Angeles Clippers scorched the Sacramento Kings in a 115-96 victory.

Kawhi Leonard led the way with 32 points, followed by Paul George’s 19 point-12 assist performance and Ivica Zubac with 11 points and 12 rebounds for the Clippers. De’Aaron Fox had 25 points and Glenn Robinson III made 14 points for the Kings.

Thursday was a star-studded doubleheader as the Los Angeles Lakers faced the Milwaukee Bucks in a high-scoring showdown. LeBron led the way with 34 points, followed by 23 points and Kentavious Caldwell-Pope. Giannis made 25 points and 12 rebounds for the Bucks, followed by 20 points from Khris Middleton and 22 points from Jrue Holiday. The Utah Jazz hosted the New Orleans Pelicans again and delivered another upset in their 129-118 contest. Donovan Mitchell recorded 36 points for the Jazz, while also answering Shaq’s question on tough love. Zion made 27 points for the Pels, followed by Brandon Ingram’s 23 points.

Another game that was also featured on Thursday was the New York Knicks pulling a major upset over the Golden State Warriors. RJ Barrett made 28 points for the Knicks, followed by Julius Randle’s 16 points and 17 rebound performance. Stephen Curry led the way for the Dubs with 30 points. It should be also noted that the Cleveland Cavaliers traded Kevin Porter Jr. to the Houston Rockets for a future protected second-round pick.

The Miami Heat and the Toronto Raptors battled once again in Amalie Arena in Tampa Bay on Friday, but this time, it would be the Raptors that would gain a measure of payback. Norman Powell led with 23 points, followed by 21 points for OG Anunoby. The Heat meanwhile had Kendrick Nunn with 22 points and Bam Adebayo with 14 points. The Philadelphia 76ers prevailed over the Boston Celtics in a 122-110 win as Joel Embiid made 38 points and 11 rebounds, Ben Simmons with 15 points and 11 assists, and Tobias Harris with 23 points. For the Celtics, Jaylen Brown had 42 points and Marcus Smart with 20 points. In a battle in the Lone Star State, the Dallas Mavericks won big over the San Antonio Spurs.

Luka Doncic had 36 points and 11 assists, while both Kristaps Porzingis and Tim Hardaway Jr. had 21 points each. The Spurs meanwhile had DeMar DeRozan with 29 points, LaMarcus Aldridge with 26 points, and Keldon Johnson with 17 points and 14 rebounds. The Chicago Bulls won against the Charlotte Hornets 123-110. Zach LaVine had 25 points, followed by Lauri Markkanen’s 23 points, and Coby White’s 18 points for the Bulls. Gordon Hayward led the way for the Hornets with 34 points, followed by Devonte’ Graham’s 24 points. The Indiana Pacers pulled out a big win against the Orlando Magic in overtime with a 120-118 win. Malcolm Brogdon had 23 points for the Pacers, followed by Myles Turner with 22 points, and Domantas Sabonis with 18 points and 11 rebounds.

For the Magic, Evan Fournier had 26 points, Aaron Gordon with 17 points, and Nikola Vucevic with 24 points and 12 rebounds. Finally, it was a repeat performance for the Cavaliers, who prevailed over the Brooklyn Nets in a 125 to 113 win. Collin Sexton made 25 points, Andre Drummond with 19 points and 16 rebounds, and Larry Nance Jr. with 15 points and 10 rebounds. For the Nets, Kyrie Irving had 38 points, while Harden had 19 points and 11 assists. 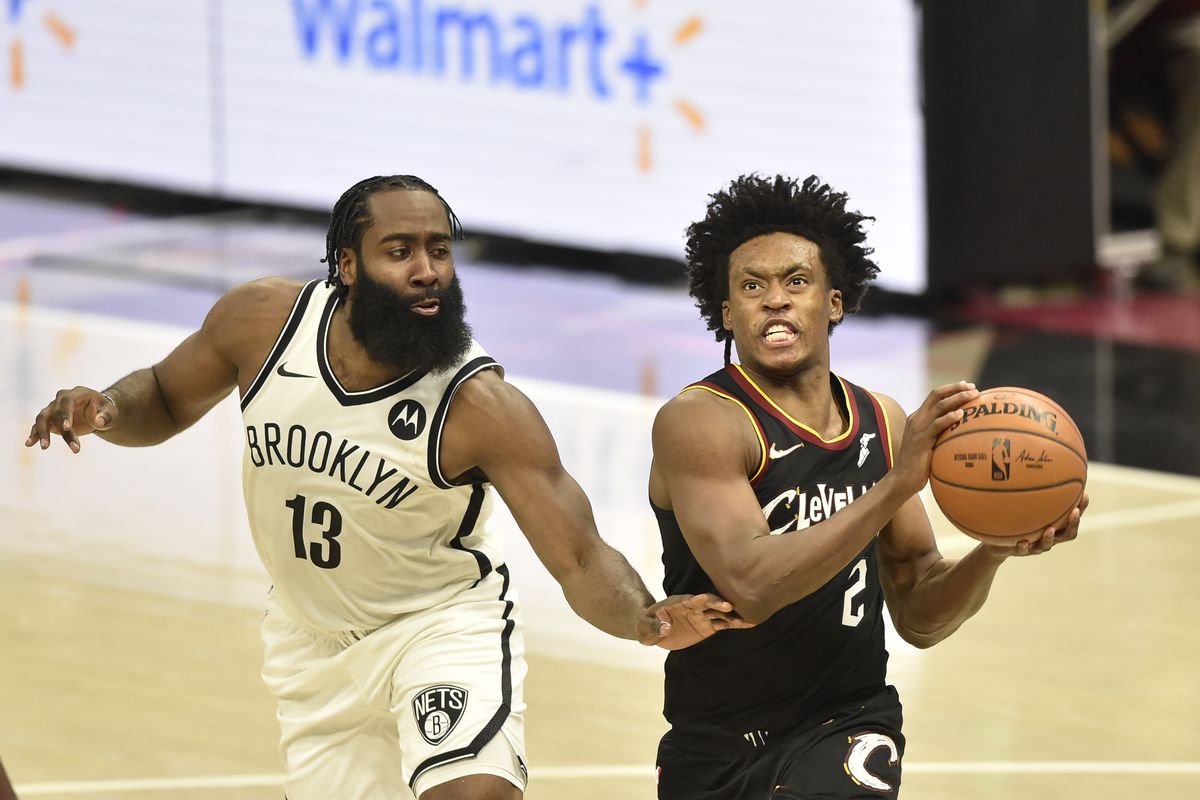