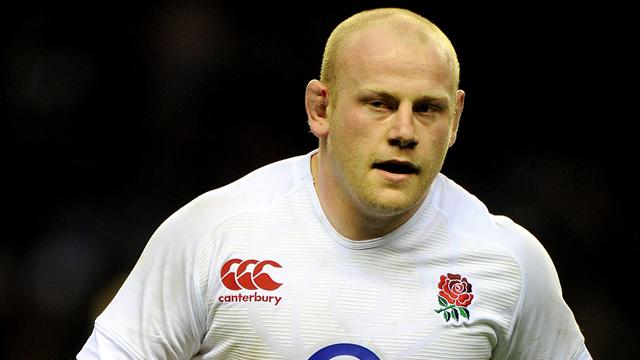 England’s Dan Cole is injured and has been ruled out for the rest of Six Nations tournament, the Prop has a bulging disc in his neck which is trapping a nerve.

Cole has been impressive in England’s first two displays against France and Scotland, his presence in the Three Lions pack will be missed.

His injury was diagnosed during a gym session at St George’s Park last week, he will now have to take time out to recover and get some rest.

“It’s massively disappointing for Dan, Leicester and England but the important thing is that this has been diagnosed and that Dan gets the appropriate rest and treatment,” England head coach Stuart Lancaster said.

Ever since Cole made his mark on the England team, making his debut as a replacement for Wilson in the 30-17 win over Wales during the 2010 Six Nations campaign.

The 26-year-old has made over 40 appearances for England missing only two internationals since Lancaster took over as coach.

England will now look to replace the injured prop, Sale Sharks’ Henry Thomas favourite although England has Bath’s David Wilson as a candidate.

Thomas could get the nod to start at Twickenham against Ireland in Saturday’s crunch Six Nations match.

“In the meantime, it’s great to have David Wilson back, as well as Henry Thomas, who has trained well and came off the bench against Scotland. This will be an opportunity to develop experience in this area.”

Leicester director of rugby Richard Cockerill said: “It’s very disappointing for us and for England – and obviously for Dan – but his long-term fitness is more important.

“He’ll have time to get over this issue and come back when the medical teams are satisfied with his progress.”