This summers world cup kit has been unveiled today. Nike have looked back at Englands playing career to gain inspiration for Roy Hodgson’s men to be sporting this summer. The shirt bearing similarities to the all-white kit worn by Sir Alf Ramsey’s defending champions in 1970. England reached the quarter-finals in Mexico in that campaign.

Nike Football’s Global Design Director, Martin Lotti added. “Two references really stood out during the design process for the home kit. That stunning all-white kit England wore in Mexico in 1970 and the idea of the armour of English Knights.”

Wayne Rooney share his views on the kit: “I’m always proud to put on the England kit and with these ones it’ll be no different. I can’t wait to get to Brazil and play in them this summer.”

Nike has also collaborated with the renowned English typographer Neville Brody to create a new font for the names and numbers on the back of this England jersey. 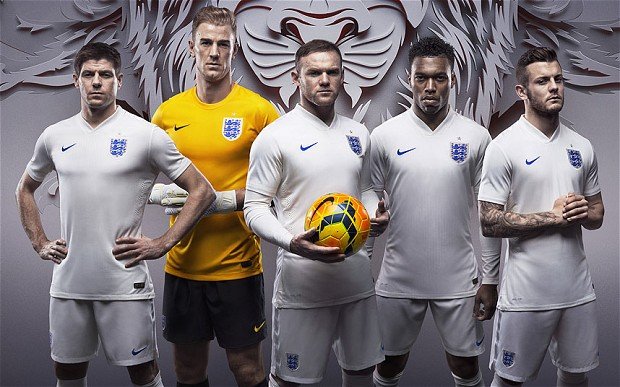 “The core inspiration was to focus on the intersection between flair and workmanlike reliability,” added Brody.

The new home kit – available for pre-order at nike.com and on general sale worldwide from 3rd April – will debut in the friendly with Peru at Wembley on 30th May. 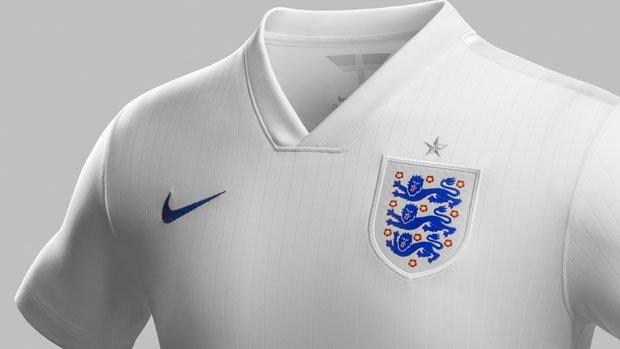