It seems that in the beginning of the 2014 Major League Baseball season, that the new replay rules are going to have a positive effect on the game.

We are seeing less arguments and/or ejections of managers, which is of course a good thing for the game.

Now the umpires must understand that they will be held to a higher standard knowing a call can be reversed on the base paths as well as home plate collisions among other reviewable plays that extend beyond simply Home Run Balls.

There has been replay in MLB for a couple of years now, but that primarily had to do with Fair or Foul Home Run calls and calls that needed to be made involving if a ball cleared the fence or not.

Will instant replay in Major League Baseball cut down on Ejections and help the integrity of the Umpires Calls?

We don’t know if this will have long term effects on the game, but in the early season it appears that replay will be worth the time it takes to get the calls right and I am sure there are many people who will argue why it took so long to get here.

Are the Earl Weaver, Lou Piniella, Billy Martin days of flipping out and having knock down, drag out arguments that see Managers losing their marbles throwing bases and kicking dirt all over the place finally over?

Time will tell, but it is still in its early stages and there will of course be a way that a call can change the outcome of a game from an umpire who didn’t see what might be obvious to the fans, players or commentators.

Keep in mind, Managers get one challenge of an umpires call per game, and if they are correct and the call is overturned, they will get the challenge back and will have a second opportunity later in the game to use another challenge.

If it is used early and they lose the challenge of the call, they will no longer have an opportunity to ask for another look at the play in the later innings.

The replay rules have different standards from the 7th inning on though. The Crew chief of the umpiring staff on the field for any given game has the right to stop a game and impose a self challenge on a call of a Home Run or a play on the bases, as well as a collision type call at the plate.

Players can no longer plow into a catcher holding the ball awaiting their arrival, as historians remember the Pete Rose incident in the All Star game years ago in which he tried to basically run through Ray Fosse. They will be called out if they make any attempt to run through the catcher and that can be reviewed at any time of the game.

There is also now a person called the Field Timer Coordinator who controls the timing and will send messages to the announcers with colored cards.

This is directly quoted from MLB:

“The Field Timing Coordinator will hold up a RED card to signal when an inning break or pitching change break commences.

(ii) The Field Timing Coordinator will hold up a BLUE card to signal when the pitcher should throw his last warm–up pitch (with forty–five (45) seconds remaining in the break).

(iii) The Field Timing Coordinator will hold up a YELLOW card when the batter should leave the on–deck circle to approach the batter’s box (with twenty–five (25) seconds remaining in the break).

A Manager can not decide to change his mind after asking for a replay. Once he asks for it, it is a final decision he will have to lie with no matter the outcome.

The evidence to change a call has to be an overwhelming decision to the play called on the field.

For more of the rules and regulations that go into factoring the how and why specifics of reviewable plays and logistics that pertain, you can find them here.

Overall I will say that we will not be seeing as many ejections and blow out arguments that have become associated with the game as we have seen in the past and I do think this will cut down tremendously on ejections of both players and managers.

There will still be some tuning and adjustments to how these rules will be enforced over the years, but for now, I think this is a great thing for the game and replay will calm down a lot of managers.

It might extend the time of the games a few more minutes, which baseball has already been scrutinized for length of the games, but overall I think the fans will appreciate and understand that getting things right has always been of the utmost importance to the league as a whole, so go get a beer and a hot dog and be happy they are at least taking advantage of the way cameras and technology has effected our society. 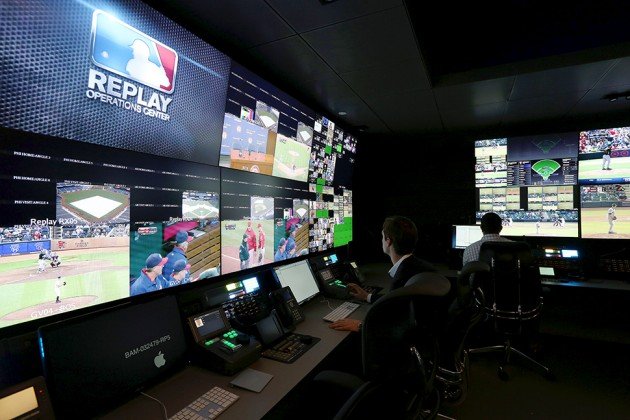