Newcastle have announced the signing of Remy Cabella from Montpellier for £12 million.

The midfielder had a medical over the weekend and has been officially confirmed as a Newcastle player. Cabella joins on a six-year contract and is the eighth Frenchman to join the club in three years.

Manager Alan Pardew had been chasing the 24-year-old since January as he looked for a replacement for Yohan Cabaye, who moved to PSG for £25 million. Upon completing his move to St. James Park, Cabella said:

“This is a move that I really wanted to make. I have heard nothing but good things about Newcastle United from everyone I spoke to.”

Cabella revealed his intentions to play for a big team in the Premier League and is looking forward to starting his career in the North East.

‘I wanted to join a great English club and that is why I have arrived here. I’m looking forward to pulling on the shirt and playing in this magnificent stadium, and I will give this Club my maximum.’

Alan Pardew said: ‘Remy is a player who has been on our radar for a while and we are delighted to bring him to the Club. He is a player who I am sure will excite our fans. He has flair, hard work and commitment, and is going to bring a talent, energy and quality to St. James’ Park that our supporters will enjoy”

Cabella scored 14 goals in 41 appearances for Montpellier last season and was part of the side that won the French League title in 2012. 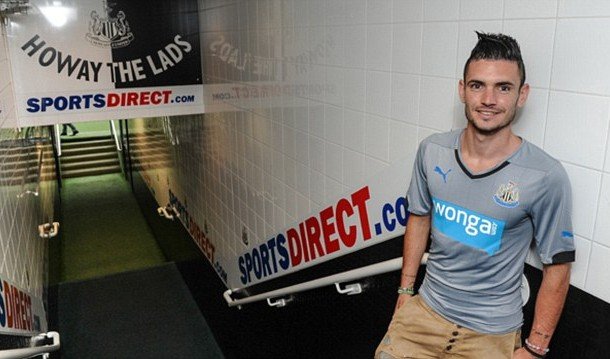